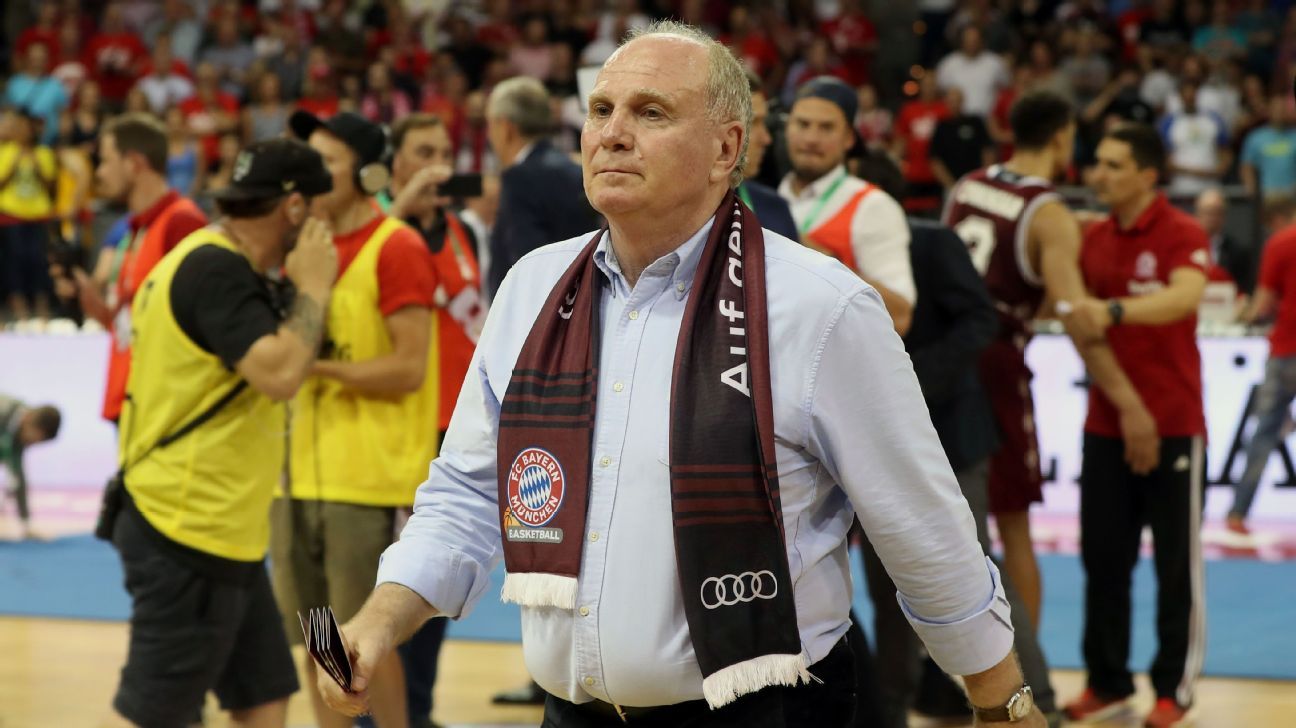 
Uli Hoeness has said Bayern Munich will take legal action against Der Spiegel after it published a Football Leaks story claiming the club was among several considering the possibility of a European Super League.

The German publication’s story said Bayern, along with Manchester United, Real Madrid, Arsenal, Barcelona, Juventus and AC Milan, were looking to break away from UEFA and FIFA and set up an independent league.

It also said that, in 2016, Bayern had examined the legal side of leaving the Bundesliga.

“That was madness,” Hoeness told Sachsische Zeitung. “Der Spiegel ran a story called ‘The Betrayal’ on their front page, but the story was not true.

“There was no plan to leave the Bundesliga and participate in a Super League.

“It was discussed by the international boards two, three years ago, and also by our supervisory board.

“But it was decided against unanimously and it was off the table, and now Der Spiegel publishes a false report like that on their cover.”

Asked whether Bayern would take action against the magazine, Hoeness said: “Yes, for sure.”

Meanwhile, Hoeness has said he will leave his post in “two, three years,” having been at the club since joining as a player in 1970.

Speaking at an event in Dresden on Thursday, Hoeness said his days as president were numbered and all that remained was to identify who would replace him.

“I will do this job for another two, three years and want to hand over in full to my successor,” Hoeness, whose current term runs until November next year, said.

“If I knew this guy or that guy could do it, I’d leave my post next year.”

In 1979, Hoeness retired from professional football aged only 27 and was appointed as Bayern general manager that year.

In 2002, he was named the sporting executive and in 2009 took over the role of president. He stepped down after being convicted for tax evasion in 2014, but returned to the role in November 2016.

I don’t know what will happen in summer
For Erling Haaland and others, transfer decisions are about risk calculation
Zenit face competition for Barcelona’s Umtiti from Liverpool, Man United
Borussia Dortmund star Jude Bellingham is still only 17
Tottenham lead chase for Bayern’s pending free agent Boateng