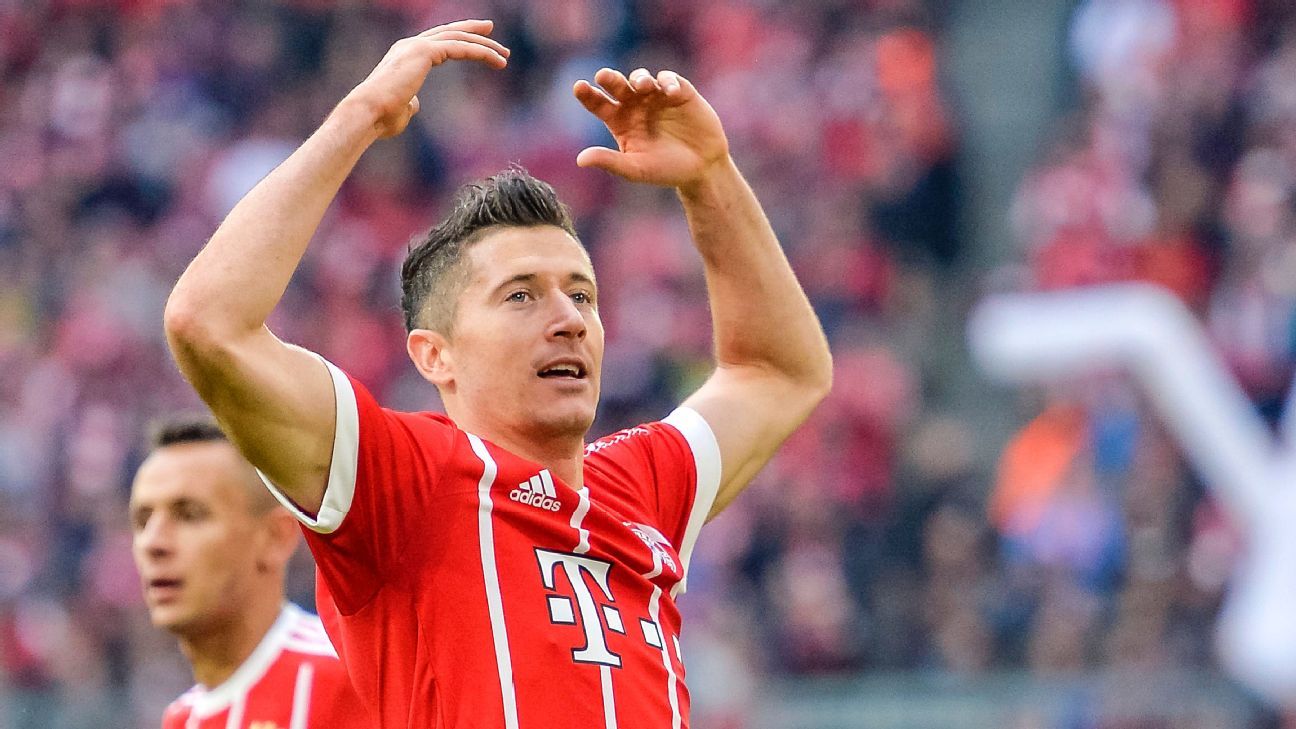 Speaking at the launch of Bayern Munich’s new partnership with Audi, Lewandowski discussed his ambitions for club and country, his Champions League dreams, and a very close shave with Blackburn Rovers.

Q: What are your thoughts on Bayern Munich’s first campaign (2016-17) under Carlo Ancelotti?

A: We played well during Ancelotti’s first season. Without my injury in the Champions League, we had a good chance to reach the final. [Lewandowski missed the 2-1 first leg defeat vs. Real Madrid in Munich and was rushed back for the second where he scored a penalty, but was substituted late on as Bayern forced extra-time only to lose 6-3 on aggregate.]

If I had been 100 percent fit to play in Madrid, I think we could have made the semifinal, then who knows maybe we would have won the Champions League.

Q: It’s been a turbulent start to this season. Bayern trail Dortmund by five points in the Bundesliga, and in Champions League you suffered a 3-0 defeat at Paris Saint-Germain. Ancelotti left the club, and Jupp Heynckes was brought in. Going forward, what are your hopes?

A: Now there’s a new season and a new challenge with the new trainer. Sometimes it’s not so easy if you are at a club that changes trainer during the season. But we have to push on now. We are five points behind Dortmund, but there are a lot of games left until the end of the season.

Q: What do you think of Bayern CEO Karl-Heinz Rummenigge’s comments about Real Madrid being your “dream club”?

Q: Last year, you were highly critical of the Ballon d’Or voting process. You came 16th and called it a “cabaret” after not making the final shortlist. Why?

A: I don’t know why some players get 50th, 5th or 25th place. Only the first three places are important. That is why last year I was a little bit… how should I say… shocked. Because if you play for Bayern Munich and are playing Champions League semifinals and scoring a lot of goals in the Bundesliga and you’re second top scorer in the Champions League… I don’t know what place I was but it was a little bit funny — maybe funny is the right word.

Q: Is Ballon d’Or recognition especially vital to you?

A: No, I wouldn’t say it was that important to me. Success at Bayern is more important, especially in the Champions League. If we reach the UCL final and win the Bundesliga, we can speak again but the Ballon d’Or is never my focus.

Q: You have won Bundesliga titles with Borussia Dortmund and Bayern Munich. Your trophy cabinet is stacked with German cups and Torjagerkanonen (Bundesliga top scorer) awards. But you’ve only played in one Champions League final, and lost it. Is your main target now the Champions League?

A: Yes, after winning the Bundesliga and DFB Pokal a lot, you have to start thinking about other trophies. Last season, we were disappointed because we knew we were playing well but sometimes in football a poor few minutes means you are out of the Champions League.

Q: Ahead of your move to Borussia Dortmund in 2010, you were also linked with Blackburn Rovers. Your career could have taken quite a different turn. What stopped you from moving to England at this early stage of your career?

A: I could not fly to Blackburn because of the volcano [the Icelandic volcano Eyjafjallajokull which disrupted air travel in most parts of northern Europe in April 2010] but I wanted to go there just to see what the club is like because I didn’t know back then where I was going.

Because if I travelled there, I would then know which is the best club for me. I couldn’t go but I have to say at that time Blackburn was my second-choice anyway. But maybe if I went there and saw the club, the stadium and everything, it would have become my first-choice.

Dortmund was my first choice back then but I was thinking about other clubs and different options. I’d never been to Blackburn so that’s why I wanted to go there, but I couldn’t.

Q: Poland have qualified for the 2018 World Cup. How do you rate your country’s chances in Russia?

A: It’s hard to say. Poland have a great team at the moment with lots of very good players. We can play really well sometimes and we have a lot of potential, but we also know there are many things we can do better. We will have to wait and see who we play in the group stages, but in the World Cup you never know — every game is crucial.

Q: Last week, you finished your thesis and picked up your bachelor’s degree in Poland. What was your motivation to continue studying while at the same time playing football?

A: I started it 10 years ago, taking my first steps after high school. However, after the first year, I didn’t have a lot of time to do it. That’s why I needed so much time. But my mother kept telling me, “if you can do it, try to finish it” and I knew that if I took it step by step I could manage it.

Now I’m finished, I’m really happy because it’s something to tell my children: that daddy not only played football but also did something like this.