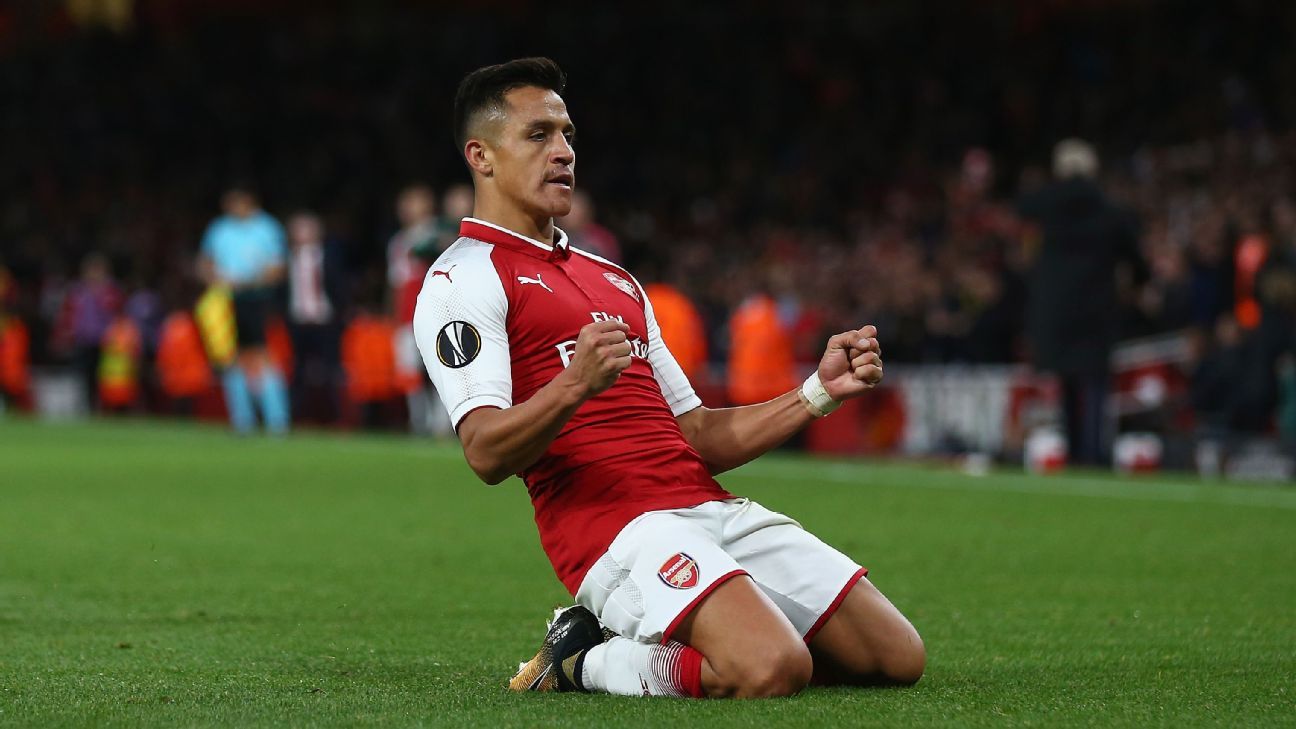 
Bayern Munich will rekindle their interest in Arsenal’s Alexis Sanchez in the January transfer window, sources have told ESPN FC.

Former Bayern boss Carlo Ancelotti wanted to sign Sanchez in the summer, but the Bundesliga champions baulked at paying the huge transfer fee Arsenal were asking for a player with a year left on his contract.

Ancelotti instead brought in James Rodriguez, with whom he had worked at Real Madrid, with Sanchez then seeming set to join forces with Pep Guardiola, his former Barcelona boss, at Manchester City.

However, that deal fell through at the last minute when Arsenal were unable to secure the signing of Thomas Lemar from Monaco.

Robert Lewandowski’s recent hamstring strain, which comes with Thomas Muller also out through injury, has refocused Bayern’s attention on Sanchez, the sources said.

Poland captain Lewandowski recently pointed to his heavy workload to explain why he had suffered the injury against RB Leipzig.

And Bayern sporting director Hasan Salihamidzic told Sky Germany on the eve of the Celtic game that the German champions were searching for a suitable back-up.

He said: “It’s got to be someone who can improve the team but still knows that Lewandowski is first choice.”

Chile forward Sanchez will be available on a free transfer at the end of the season, with City remaining the front-runners for his signature.

His international teammate Arturo Vidal, who has been at Bayern since 2015, urged Sanchez to join Bayern this summer.

Sanchez, 28, has featured in the Europa League for the Gunners but would be eligible to play in the Champions League, according to UEFA rules.