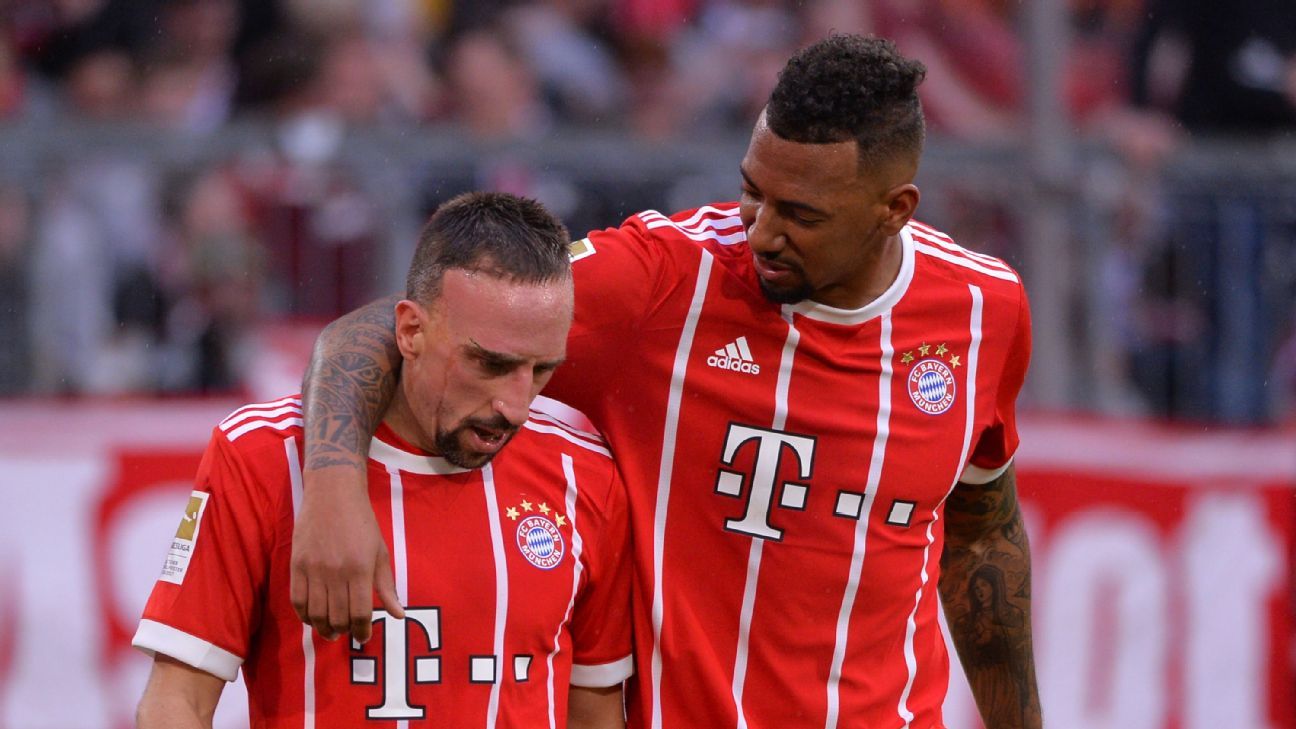 
Bayern Munich players have urged Jerome Boateng to stay with the club amid reports the Germany international will leave the Bundesliga this summer.

Boateng, 29, has been linked to both Manchester United and Paris Saint-Germain after having made 156 league appearances for Bayern since his transfer from Manchester City in 2011.

With time running out on incoming Premier League transfers, sources told ESPN FC that United are hopeful to negotiate Bayern’s asking price down to the region of £50 million — but on Tuesday, Bild reported that Boateng favours a move to Paris, who have more time to seal the deal for the defender.

“We’d all be sad,” left-back David Alaba told reporters about Boateng’s potential departure. “He’s a world-class player, one of the best in his position.”

Alaba’s sentiments were echoed by both captain Manuel Neuer, who said Bayern would “miss him,” and winger Franck Ribery.

“I’ve been playing with Jerome for many years now,” Ribery said. “I hope he’ll stay with us because he’s an important player. To me, he’s one of the best central defenders in the world.”

Ribery already bid goodbye to Arturo Vidal, who left Bayern for Barcelona after three years at the club.

“Brother, you do not know how much I’m going to miss you!” Ribery wrote on Twitter. “To me, you are the best, a man of values and principles. I am very proud to have played by your side! You deserve the best for your future. You are a warrior, and you do not see that enough in our job.”

Head coach Niko Kovac, however, was less emotional when explaining the decision to allow Vidal a transfer to Barcelona.

“At Bayern, we have 22 world-class players — 21 after Arturo’s departure,” Kovac told Bild. “He’s a great player. But if, as a South American, you get an offer from a Spanish club, it’s normal you consider it.

“We decided that we would enable him to make the switch. But also, after Arturo’s transfer, we still have a lot of quality in midfield. No one needs to worry.”