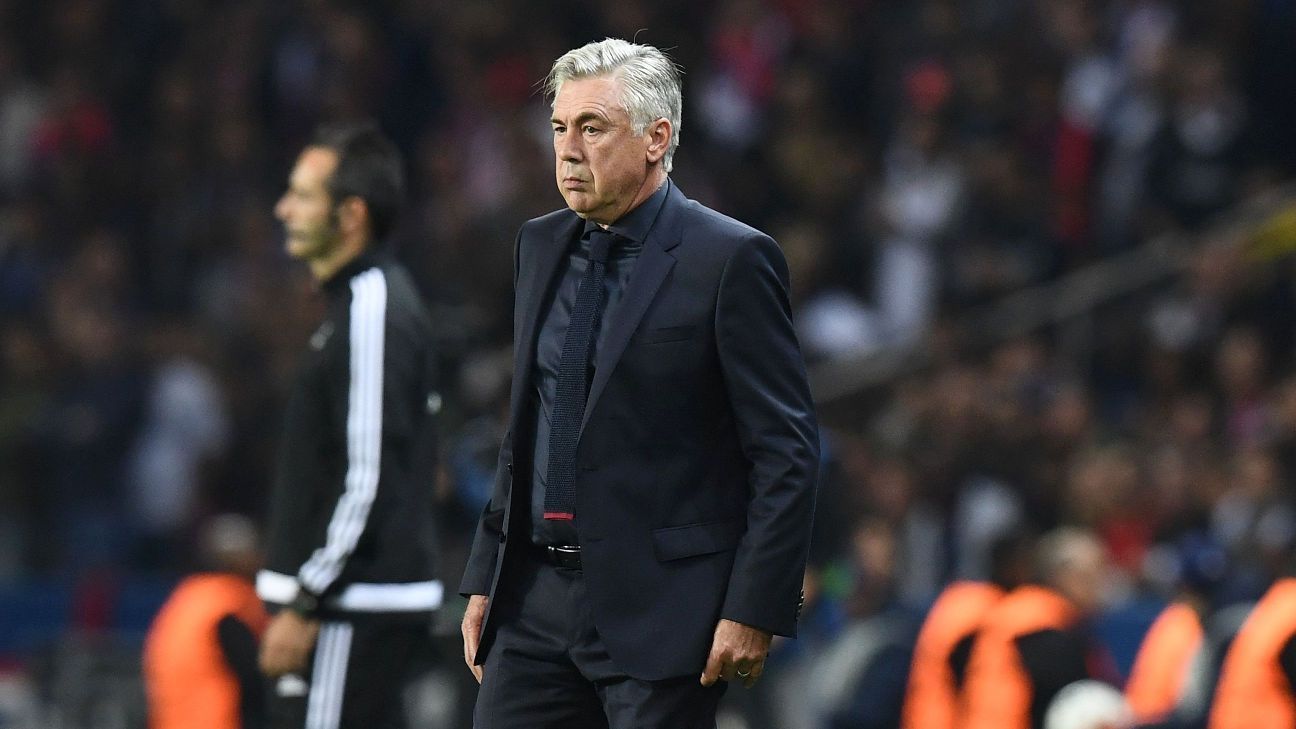 
Carlo Ancelotti has left his role as coach at Bayern Munich, the club confirmed on Thursday afternoon.

Bayern CEO Karl-Heinz Rummenigge warned there would be consequences following the defeat in France, with SportBild reporting on Thursday morning that a meeting was due to be held later in the day to discuss Ancelotti’s future.

A statement released shortly before 4 p.m. CET read: “Following an internal analysis in Munich on Thursday 28 September 2017, FC Bayern München have announced the club is to part company with head coach Carlo Ancelotti with immediate effect. Assistant coach Willy Sagnol will take charge of the team on an interim basis.”

Sagnol will take charge for Sunday’s trip to Hertha Berlin in the Bundesliga as they look to improve on an indifferent start to the season, where they have lost one and drawn one of their opening six games to leave them third.

Bayern have conceded more goals in their first 10 games this season than they did in the opening 10 games of the last two seasons combined. The club’s problems stretch back to April 4 of last season; they’ve won only 11 of their last 21 matches in all competitions, with six losses.

Rummenigge said: “The team’s performances since the start of the season have not matched the expectations that we set. The game in Paris showed clearly that we had to take action.

“That is what [sporting director] Hasan Salihamidzic and I explained to Carlo in an open and serious discussion today, and we informed him of our decision. I would like to thank Carlo for the collaboration and regret the way things have developed.

“Carlo is my friend and will remain so, but we needed to take a professional decision for the good of Bayern Munich. I now expect a positive improvement from the team and a total willingness to perform so that we can reach our objectives for this season.”

Bayern are expected to hold a press conference on Friday lunchtime.

He told the station: “As a coach you can’t have the most prominent players as your opponents. I’ve learned one saying in my life: There’s nothing more dangerous than sleeping with the enemy. That’s why we had to act!

“The fact that the coach in one whack antagonized five players, [Kingsley] Coman didn’t play as well, he’d never have survived it.”

Ancelotti won the Bundesliga title in his debut season at Bayern after replacing Pep Guardiola in 2016, but he saw his side knocked out of the Champions League by Real Madrid at the quarterfinal stage and by Borussia Dortmund in the DFB Pokal semifinals.