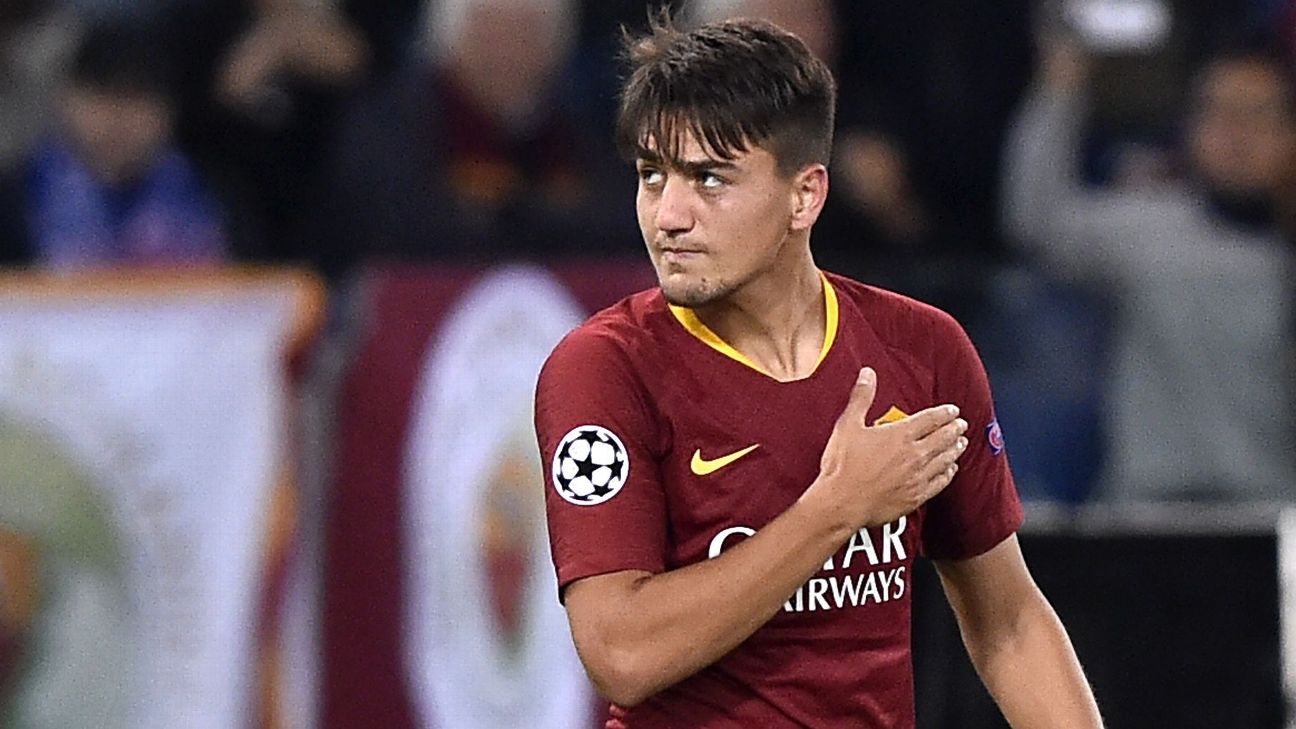 
Bayern Munich have moved ahead in the race to sign AS Roma forward Cengiz Under but Premier League duo Arsenal and Tottenham Hotspur have also registered their interest, sources close to the player have told ESPN FC

Bayern view the 21-year-old as the man to replace Arjen Robben, who will leave the reigning Bundesliga champions at the end of the season.

However, sources added that Under — who is valued at €50 million by Roma — is keen on a move to the Premier League.

Sources told ESPN FC earlier this month that Manchester City and Manchester United have also scouted the Turkey international, but neither club has established contact with the player’s representatives.

Under have been in impressive form for Roma this season with four assists and two goals in 14 Serie A appearances, while he has registered three goals and two assists thus far in the Champions League.

Roma are seventh in Serie A and will face FC Porto in the round of 16 of the Champions League.

Eusebio Di Francesco’s side are keen to keep hold of Under until next summer in order to help seal a place in Europe’s top competition for next season.

Under is happy at the club but is currently one of the lowest paid players in the squad, earning approximately €1m per season from a contract that runs until 2022.

His representatives have been trying to negotiate a pay rise on an improved deal but the Giallorossi have been reluctant to reach an agreement. The Serie A outfit are willing to wait until later in the season to make a final decision.