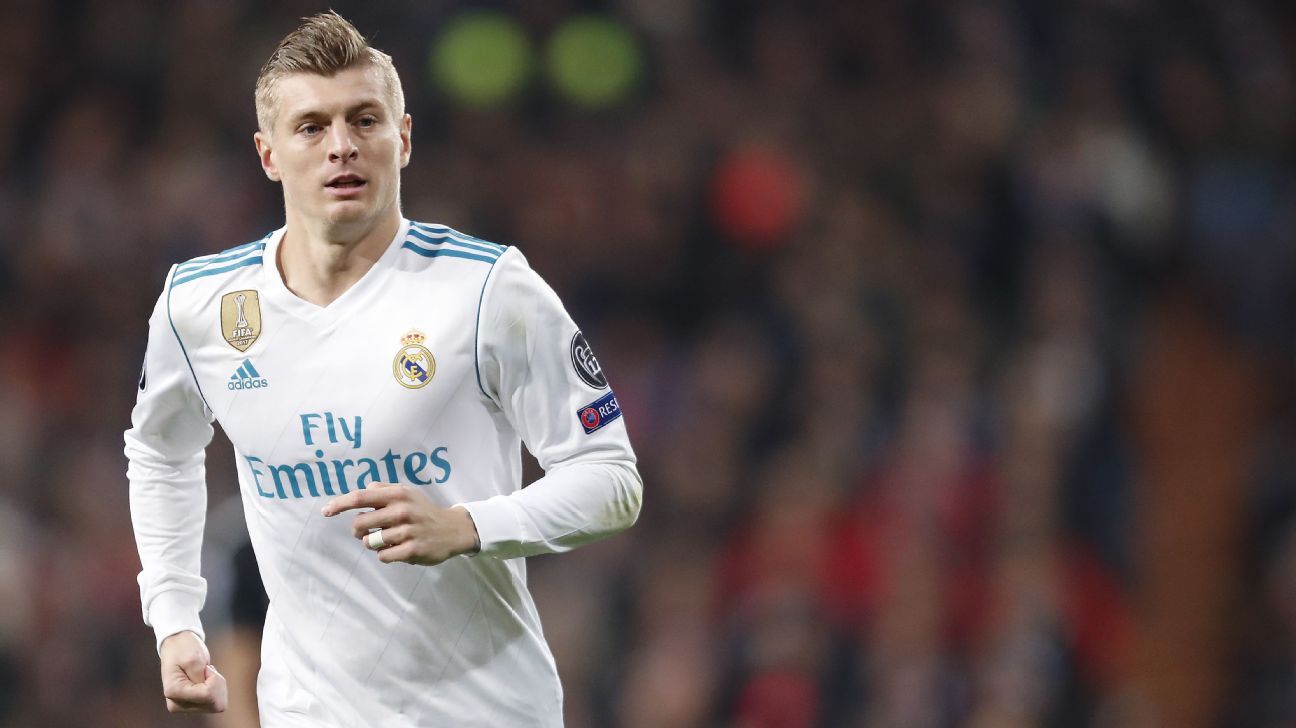 Sammer joined Bayern in 2012 and won the Bundesliga title every season during his four years at the club, also carrying off the Treble in 2013 — including the Champions League — when he worked closely with coach Jupp Heynckes and Kroos.

And with his contract running down Kroos, 28, joined the Spanish club for around €25 million in the summer of 2014 during Pep Guardiola’s debut season with the Bavarians, in the aftermath of Germany winning their fourth World Cup title in Brazil.

“I sat with Toni on his couch and tried to get him to change his mind,” Sammer said. “I’ve followed his progress for a long time and have known him since he was 16 or 17. His departure hasn’t shaken Bayern, but if you are talking about whether it was good or bad letting Toni leave, you have to say it was bad, very bad.

“However, for Toni’s own personal development and the appreciation of his talents the move was absolutely perfect.”

Now working as a TV analyst for Eurosport, he said: “In my role today I can safely say, it was a mistake to let Toni leave.

“With the benefit of hindsight, sometimes there are situations that you must analyse, but who can say they have never made a mistake in life? Perhaps, Bayern Munich would have won the Champions League more often or at least made the final.”