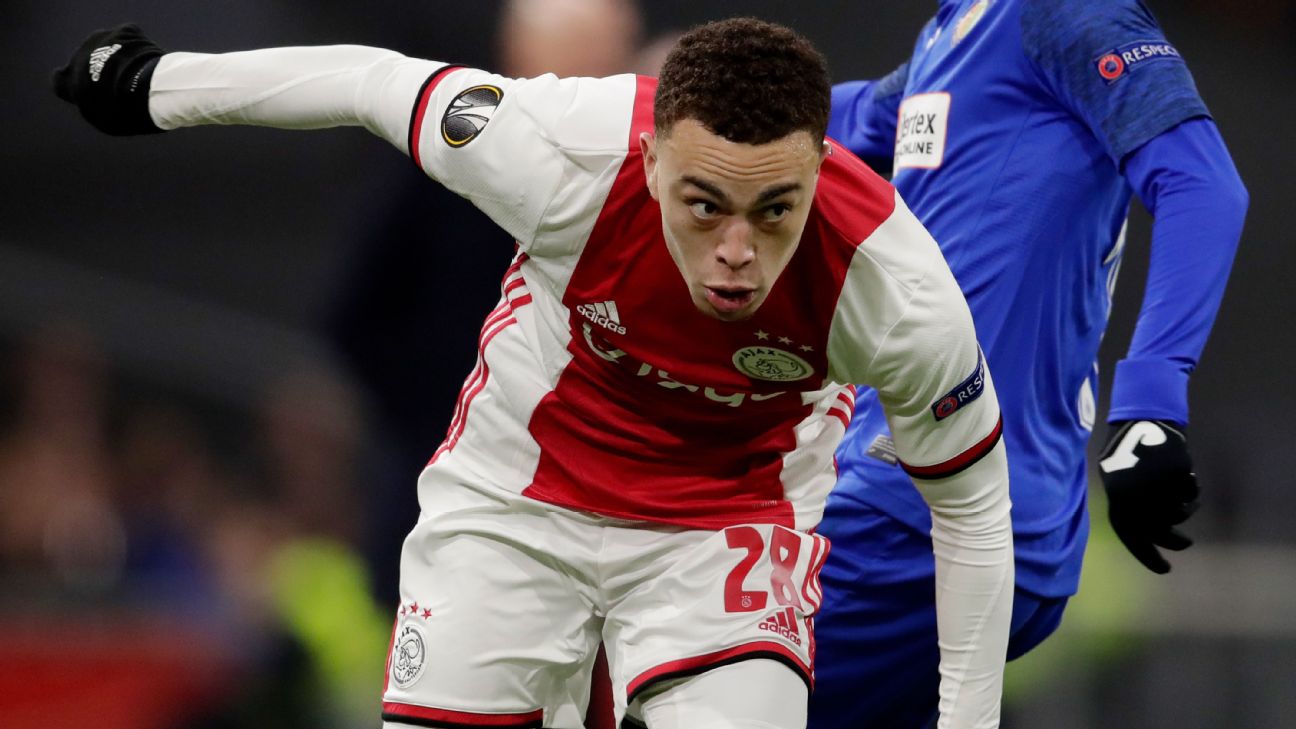 
The agent for U.S. international Sergino Dest said that Barcelona have not made official offers for his client despite their recent interest in the Ajax full-back, and that Bayern Munich are keen to swoop in.

Dest, 19, has attracted interest from some of Europe’s biggest clubs for his displays for Erik ten Hag’s side this season, which saw him earn Ajax’s Talent of the Year of the award given annually to the club’s best young player.

In an interview with Dutch outlet Voetbal International, Dest’s agent, Joes Blakborn, confirmed that the Catalans were monitoring his client but had yet to make a formal approach.

“But it is not yet concrete,” said Blakborn of Barca’s interest. “They have not officially reported to me or Ajax. However, information has been provided in the past. Sergino is one of the backs in Europe that they follow.

“They seem to find him an option should Nelson Semedo leave. But I think there are more clubs for which Sergino is an option.”

Blakborn tipped German giants Bayern as a club keen to sign Dest this summer, though work still needs to be done between the two clubs in order for a deal to be reached.

“Bayern Munich still wants to take over Sergino from Ajax,” he said. “But at the moment both parties are still far apart. We can’t do anything with that and are in the waiting room for that matter.”

Dest has made 36 appearances in all competitions for Ajax this season, scoring two goals.

He declared for the USMNT in October after turning down approaches from the Netherlands. He has three caps for the U.S. national team after representing the U.S. at under-17 and under-20 levels