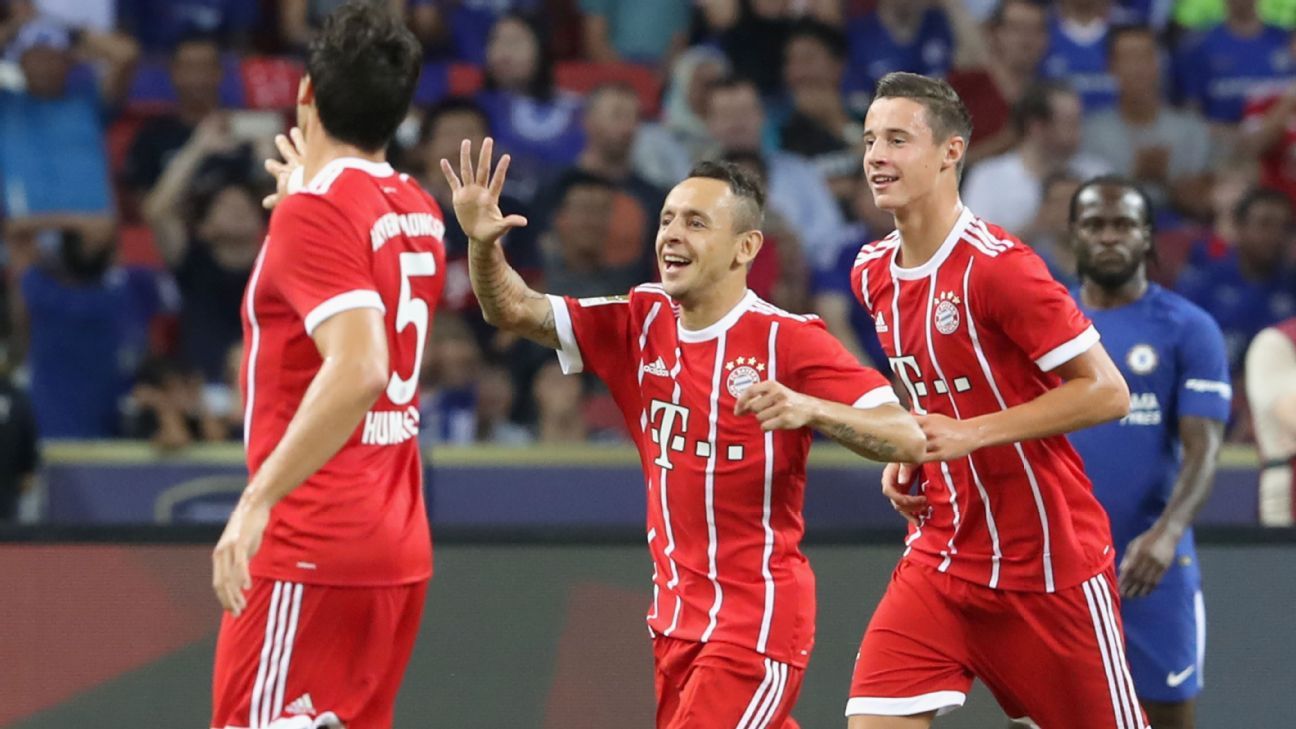 Bayern have just returned from a 12-day tour of China and Singapore, playing four games against Arsenal, AC Milan, Chelsea and Inter Milan.

Leipzig, meanwhile, went to Austria as part of their preseason preparations and Hasenhuttl said: “I’m very grateful we are in Austria and not doing marketing in Asia.”

Reacting to the former Bayern reserve-team striker’s comments about the Bavarians’ 12-day tour of Asia, Rummenigge said: “I find his comments cynical and divisive.

“Clubs that went on tour to Asia or America performed a service for Bundesliga TV marketing. I’m sceptical whether teams choosing the easy option to prepare in Austria and Switzerland do this.

“They [Leipzig] were in Austria. I read that it rained a lot there — perhaps they did some rafting against [preseason friendly opponents] Konyaspor. It’s all about solidarity. This word is overused in the Bundesliga, but you need to tour and take on a certain burden.”

Rummenigge also said that Bayern expect to name a new sporting director in due course. The position has remained vacant since Matthias Sammer left due to ill health last year.

“I can’t tell you anything new because we have to stick to a certain procedure, meaning that Uli Hoeness will discuss and eventually decide on it with his colleagues on the supervisory board. But it won’t take much longer,” he said.

Bayern president Hoeness added to reporters in Singapore: “We need a sporting director. We have our eye on a candidate and will unveil him in the coming weeks. We believe we have resolved the situation really well.”

Reviewing the tour, Rummenigge was impressed by the seamless integration of new signings Corentin Tolisso and James Rodriguez, while also reserving some praise for Thomas Muller — the only remaining Bavarian player following Philipp Lahm’s retirement.

“The team have treated ‘Coco’ Tolisso and James incredibly well,” he said. “You really get to know the characters on a trip like this because you’re with them every day. Tolisso is a great guy who fits in very well with us. And then there was this discussion, Muller or James? This tour has demonstrated: Muller and James!

“[Muller’s] a relaxed guy who’s crucial for us both on and off the pitch. He represents this club like no one else. If he continues like this, we’ll have a successful season with him. We’re unanimous: if we could create a Bayern player from scratch, Thomas Muller would be the result.”