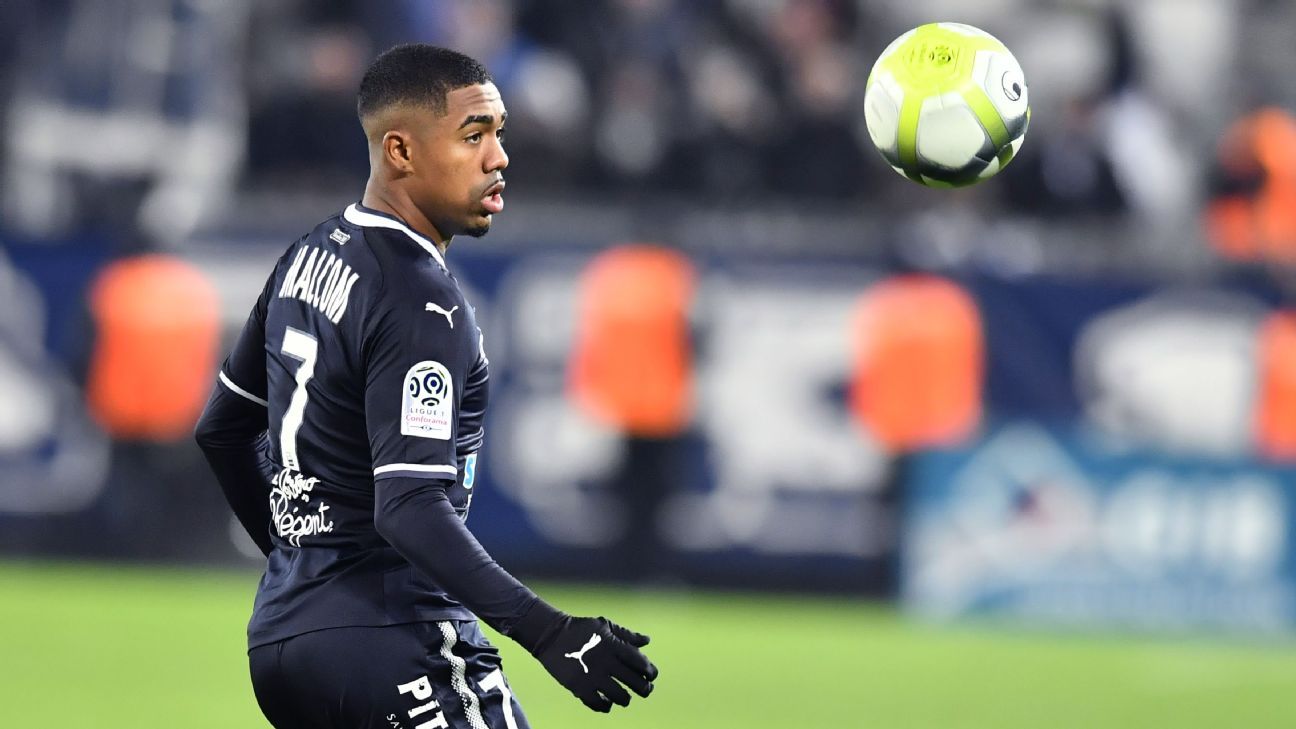 Sagnol coached Bordeaux from 2014 to 2016 and is employed at Bayern in a technical capacity. He highly rates Malcom, who has eight goals and six assists in 25 games in Ligue 1 this season.

“I discovered Malcom and brought him over from Brazil to Bordeaux in January 2016,” Sagnol told Bild.

“He is more like Robben as a player than Ribery. He is not that quick but has great technique. I did receive some flak in France because I had paid €5 million for an 18-year-old, but looking at it today, it’s a real bargain — and he has far from reached the end of his development as a player.”

Sagnol, 40, won the Champions League with Bayern in 2001, and after starting the season as Carlo Ancelotti’s assistant, he was placed in temporary charge following Ancelotti’s sacking and before Jupp Heynckes’ appointment in October.

Malcom’s representatives at Elenko Sports Ltda. reportedly met Bayern officials for preliminary transfer discussions a few weeks ago. That deal was brokered by the brother of Bayern president Uli Hoeness, agent Dieter Hoeness, who has strong links to Brazil, where the player’s affairs are said to be still handled.

And although the Bundesliga champions are said to have “fundamentally” agreed terms with the player’s representatives on a five-year deal, Bayern are yet to sit down with Bordeaux to discuss a transfer fee to close out the deal.

“Bordeaux really wants to sell because they want the money,” Sagnol said.

Bordeaux, amid reported interest from Premier League clubs Tottenham Hotspur and Arsenal, are looking to start the bidding at €60m for the Brazilian, according to Bild. That figure would be a record transfer fee paid by a Bundesliga club.