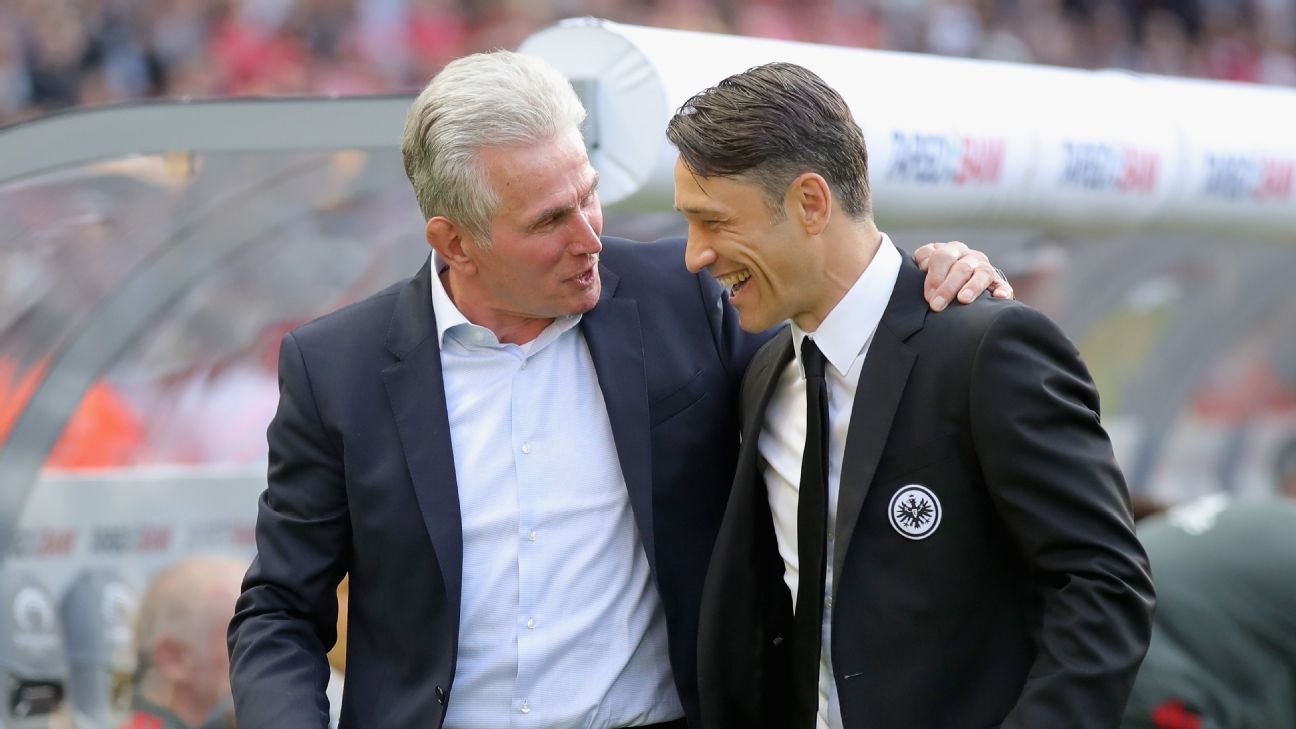 
Bayern Munich president Uli Hoeness said that the club won’t make any big signings in the summer despite CEO Karl-Heinz Rummenigge previously saying they could invest up to €90 million for a player.

Bayern’s season ended on Saturday with a 3-1 loss to Eintracht Frankfurt in the DFB Pokal final in Berlin — their first defeat at that stage since the 5-2 loss to Borussia Dortmund in 2012.

Frankfurt coach Niko Kovac will succeed 73-year-old Jupp Heynckes, but he will go into his first season at Bayern without any big signings if Hoeness is right.

Speaking to reporters at the club’s Bundesliga championship celebrations, Hoeness said that instead of investing, Bayern “will get the players to perform better than [in the cup final].”

“We won’t make any €100m transfers. We don’t think that’s necessary. We will go into the new season with this squad and will see what Niko Kovac makes of it.”

Rummenigge said at a Bild event on Friday that there are “no limits” financially for the club.

“If we want a player and he costs us €80m or even €90m, we must make that leap one day,” Rummenigge said. “I don’t know whether this will be this year or next year.”

Bayern Munich have already signed Germany international Leon Goretzka on a free transfer from Schalke, and winger Serge Gnabry will return from his loan at Hoffenheim.

Under contract at Bayern through the 2020-21 season, the 29-year-old has, in recent months, dropped several hints that he would like to seek a new challenge away from the Bundesliga.

“I am now older than at Manchester City back then,” said Boateng, who played in England in 2010-11. “And I’ve come to a point where you consider [a move abroad] again.”

“It’s difficult to leave Bayern, and it would not be a decision against Bayern. I’ve been very much at home in Munich for years.”