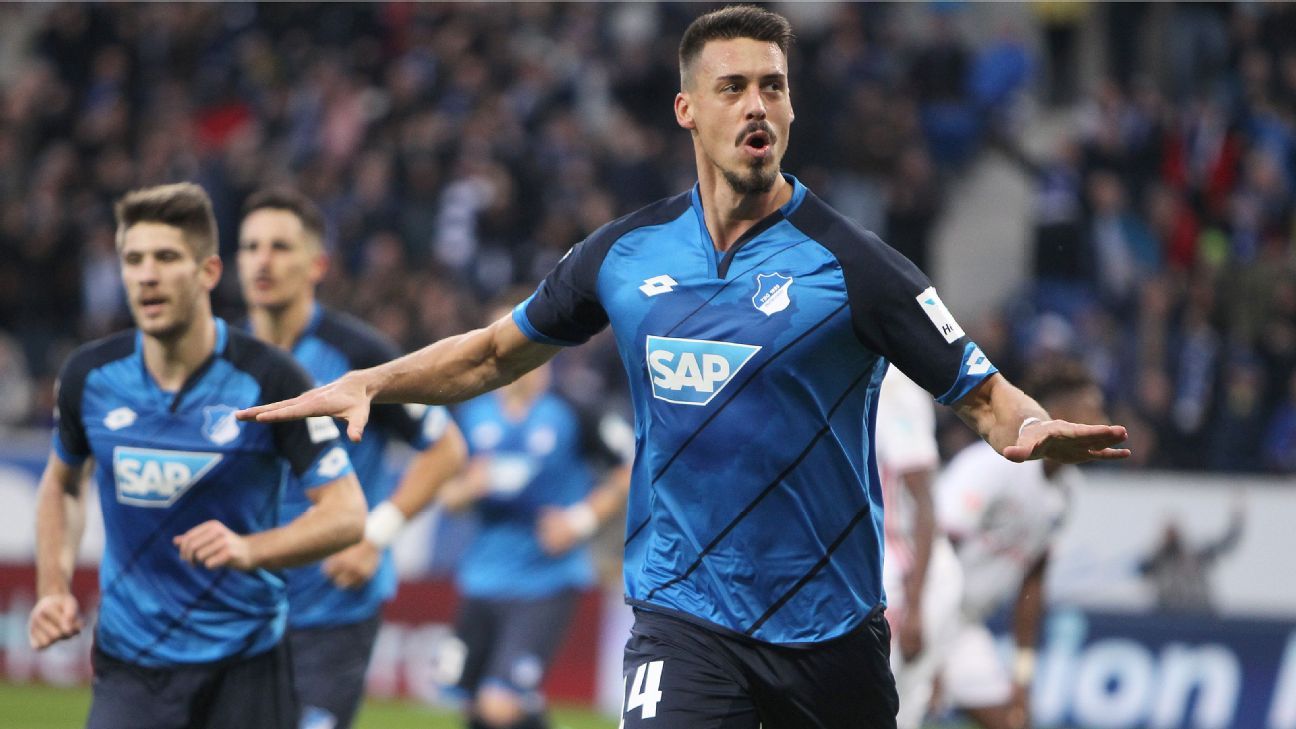 
MUNICH — Jupp Heynckes has confirmed that Bayern Munich are in talks with Hoffenheim about signing Germany international striker Sandro Wagner, and that Dr. Hans-Wilhelm Muller-Wohlfahrt is considering an offer to return to the club.

Hoffenheim coach Julian Nagelsmann had confirmed a report that Wagner is closing in on a return to former club Bayern.

Heynckes told a news conference ahead of the German champions’ home game with Bavarian rivals Augsburg that the two clubs’ sporting directors “Hasan Salihamidzic and Alexander Rosen are in contact to see if there is a possibility of a transfer.”

Urging the media to be patient regarding a potential move, Heynckes added: “We are in this phase and no further — it’s too early to say anymore.

“Such transfers are normally extremely difficult in winter. We have to see if it’s possible and under what conditions.”

Following the resignation last week of Dr. Volker Braun as first-team medic, Dr. Muller-Wohlfahrt’s has been hotly tipped to return.

Muller-Wohlfahrt and his entire staff left the club in April 2015 after 38 years of service, following disagreements with then boss Pep Guardiola over the treatment of injured players.

Heynckes said he enjoyed a “respectful working relationship” with Dr. Braun but “respected his decision” to resign.

He went on to praise the “excellent work” of Dr Muller-Wohlfahrt in the past, whom he worked with at Bayern between 2011 and 2013.

“His team were offered the chance to take over medical activities. I’m confident they will provide optimal medical care for us but hope we won’t need their services too much,” he said.

Meanwhile, Thiago Alcantara has been ruled out of the game against Augsburg with a knee injury he suffered in Spain’s 3-3 draw with Russia in midweek.

“Thiago is having treatment for a swollen knee, a haematoma. It looks like he will not be able to play tomorrow. I am being very careful but there’s no point in taking any risks — Thiago has signalled that he doesn’t feel good and is in pain.”

Heynckes added the game would come too early for recovering duo Thomas Muller and Franck Ribery, again stressing that he was reluctant to risk aggravating their injuries by coming back too early.

Muller, 27, suffered a thigh muscle injury in the 1-0 win at Hamburg on Oct. 21 and was originally ruled out for three weeks. Until his injury, Muller had provided an assist in each of Heynckes’ opening three wins in charge since the 72-year-old’s return for a fourth spell in charge.

“Thomas Muller has been training at sub-maximal limit with the team. He still needs a few more days, or even a week of full training, to increase his workload and intensity.”

Ribery, 34, returned to training with the team for the first time this week after suffering ligament damage on Oct.1.

Heynckes said it is “looking good and he has no problems” but added that he will only “return to full team training in a couple of weeks.”

However, he added that he was confident Bayern’s longest-serving player would return before the winter break next month.

In more positive news, Juan Bernat is back in the Bayern squad for the first time this season. The Spain international has recovered from ankle ligament damage during the preseason tour of Asia in July.

Jerome Boateng and David Alaba will also return for Saturday’s derby provided the defensive duo come through Friday training unscathed. Both defenders had missed recent friendlies for their respective countries, Germany and Austria, with muscle injuries.