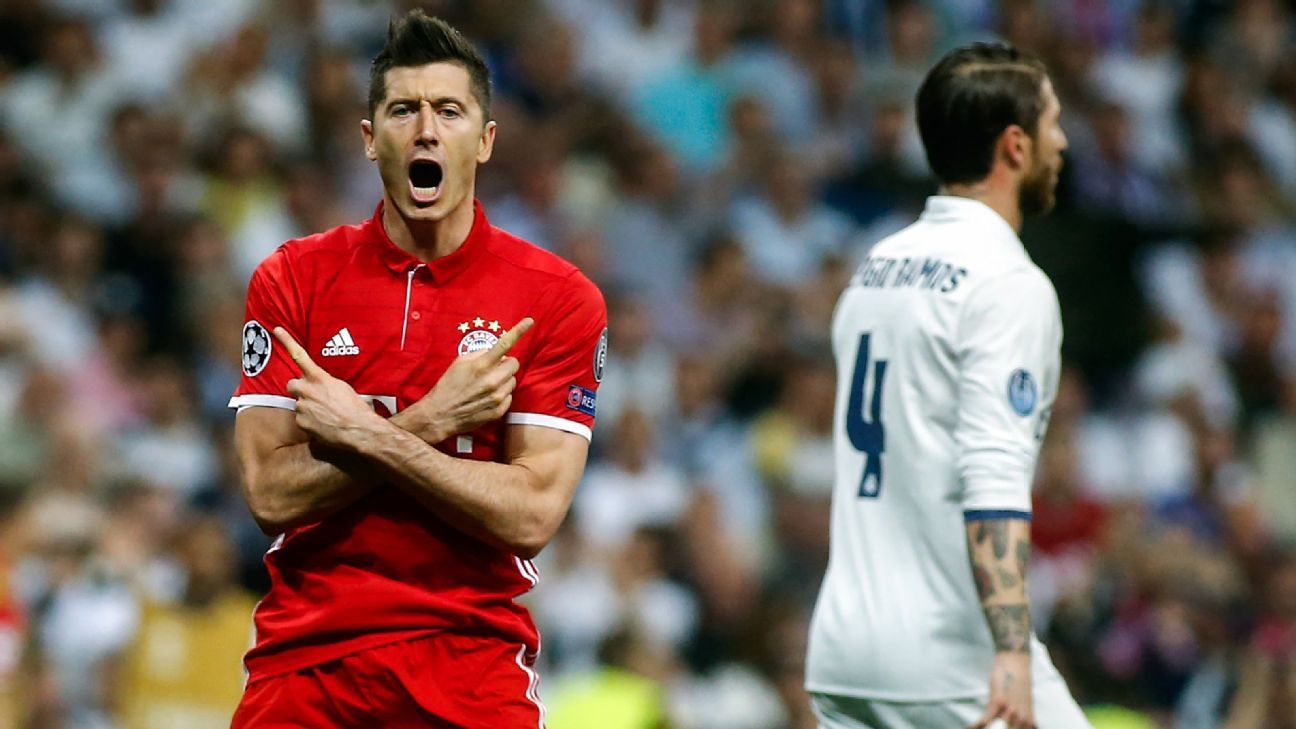 Here are six reasons why the German champions are better placed to reach the final this time around in their quest for a sixth European crown.

Heynckes has united the team

The most obvious change since last time out is the fact Jupp Heynckes has returned to replace Carlo Ancelotti, after the Italian was dismissed the day after Bayern’s 3-0 group stage embarrassment in Paris.

For his fourth spell in charge, Heynckes inherited a fractious unit amid high levels of discontent with Ancelotti’s laid-back coaching methods. In 2017 there were cracks and they showed in this season’s campaign as Ancelotti lost the dressing room. But with his supreme man-management skills, Heynckes almost immediately revitalised Sven Ulreich, James Rodriguez, Javi Martinez, Arturo Vidal, David Alaba and the reportedly disgruntled trio of Franck Ribery, Jerome Boateng and Muller.

Heading into the business end of the season, this is now a united squad focusing on the treble.

It is also easy to forget Heynckes knows how to get the job done in Europe’s top club competition. His Bayern side disposed of Real at the semifinal stage on penalties at the Bernabeu in 2012, and in three previous seasons he has reached the final each time: winning in 1998 with Real and leading the Bavarians to the showpiece event in both 2012 and 2013.

While the recent 0-0 against Sevilla broke a record run of 12 consecutive Champions League wins for the 72-year-old, almost 20 years on, Heynckes will no doubt still be smarting from being rewarded with the sack eight days after leading Los Blancos to their seventh European Cup.

Robert Lewandowski is fit and raring to go

Bayern’s main goal threat injured his shoulder ahead of last season’s quarterfinal. Without their prolific striker, an out-of-sorts Thomas Muller was handed a more advanced role but Bayern remained toothless up front and slipped to a meek 2-1 defeat — following 16 successive Champions League home wins — in Munich.

Inevitably rushed back from injury for the second leg at the Bernabeu, Lewandowski was largely anonymous in the first half, enjoying only 14 touches of the ball — the fewest of anybody on the pitch. He did convert from the spot — his eighth goal in nine Champions League games — to give Bayern a precious advantage on the night but was forced off with just two minutes left after his injury flared up and could only watch on as Real went on to win in extra-time.

Lewandowski has been handled carefully by Heynckes since the end of the winter break, after he initially struggled to shake off a knee injury, and hasn’t started an away Bundesliga fixture all year. Now fit, fresh and firing, the Poland star has notched 39 goals in 43 games this season, including a first half double as 18-time winners Bayern reached their 22nd DFB Pokal final with a 6-2 hammering of Leverkusen on Tuesday.

Off the pitch, Lewandowski’s recent switch of agent has led to an inevitable surge in transfer speculation, with Real Madrid most heavily linked. That may mean extra motivation for him in this game.

Missing Manuel Neuer is not the calamity it might seem

After breaking his foot in September, Neuer has been out for most of the season and back-up goalkeeper Ulreich endured a horrible series of lapses under Ancelotti. However, Ulreich has undergone a remarkable transformation under Heynckes and has been key to Bayern’s impressive run of form in three competitions.

Normally the absence of the world’s best goalkeeper would be a crushing blow for any side’s Champions League chances but Heynckes immediately backed Ulreich as his No. 1 and has been rewarded.

The latest in a long line of matchwinning performances came in the cup on Tuesday with Heynckes hailing his back-up keeper as “exceptional” and a “godsend” after pulling off a host of fine saves to keep Bayern’s slender lead intact in Leverkusen.

Last season, Neuer almost single-handedly kept 10-man Bayern in the tie with at least 10 top class saves in Munich, excelling in the return too at the Bernabeu before letting in three goals in extra time.

A few weeks into his spell as No. 1, Ulreich told ESPN FC “It wasn’t easy to replace Neuer,” but he has grown in confidence and has been one of Bayern’s standout players this season. He can harbour genuine hopes of going to the World Cup as Germany’s third keeper behind Marc-Andre ter Stegen and the soon-to-be recovered Neuer.

Martinez has impressed as a defensive midfielder

Heynckes’ decision to restore Martinez to defensive midfield has proved another masterstroke.

Once Bayern’s record signing at €40 million from Athletic Bilbao in 2012, Martinez had been used predominantly in central defence under predecessors Ancelotti and Pep Guardiola (when fit).

He is far from the quickest but his ferocious tackling and ball-winning skills have provided Bayern with great solidity and a robust shield in front of what was a creaking backline. Once again, in similar fashion to the 2013 treble winning season when regularly partnered with Bastian Schweinsteiger, Martinez has become one of the first names on Heynckes’ teamsheet and the unheralded key to their treble hopes.

Boateng and Hummels’ partnership at the back is solid

Last season, Mats Hummels missed the first leg (like Lewandowski) through injury and both of Germany’s 2014 World Cup winning duo were still hampered by injury and far from 100 percent for the return as well. With Martinez suspended, Boateng and Hummels bravely played through the pain barrier as Bayern put up a stirring fight with to take the tie into extra time, but it was not enough.

Statistically speaking, if Boateng plays Bayern do not lose. He is the only Bayern regular not to have tasted defeat this season in 29 appearances and did not feature in any of the German champions’ losses to PSG, Leipzig, Hoffenheim and Gladbach.

Hummels oozes class and composure alongside the more robust Boateng, while together they represent a reassuring presence at the heart of the Munich backline. Finally fit, Bayern’s rocks at the back have a much better chance of keeping Ronaldo and company quiet this time around.

There should be no red card

One of Heynckes’ biggest coaching beliefs is to do everything in his power not to risk a dismissal in the Champions League. He always, when possible, takes off a player who is walking the red card tightrope and in danger of crossing the line.

In last season’s second leg against Real, Vidal went into the referee’s notebook after only five minutes for a clumsy foul on Isco. A red card seemed inevitable the longer the combative Chilean remained on the pitch and he was duly dismissed for a foul on Casemiro in the 84th minute.

With Bayern a man down, Cristiano Ronaldo clinically took advantage by adding a couple more goals to seal his hat trick and Ancelotti was heavily criticised postmatch for his blatant oversight on Vidal.

Back in October, Heynckes recalled his very first game in charge of the player he calls “my Arturo” at Leverkusen in 2009. “Arturo picked up a yellow card after only two minutes,” Heynckes said. “In the 10th minute, he made another crazy challenge. In the 20th minute, I had to show him the red card myself. I knew from training how impulsive and aggressive he is. You simply must react.”

Vidal certainly won’t be getting a red card this time around anyway — he’s been ruled out until the end of the season with a knee injury — but Heynckes will ensure that Bayern aren’t left with a disadvantage again.