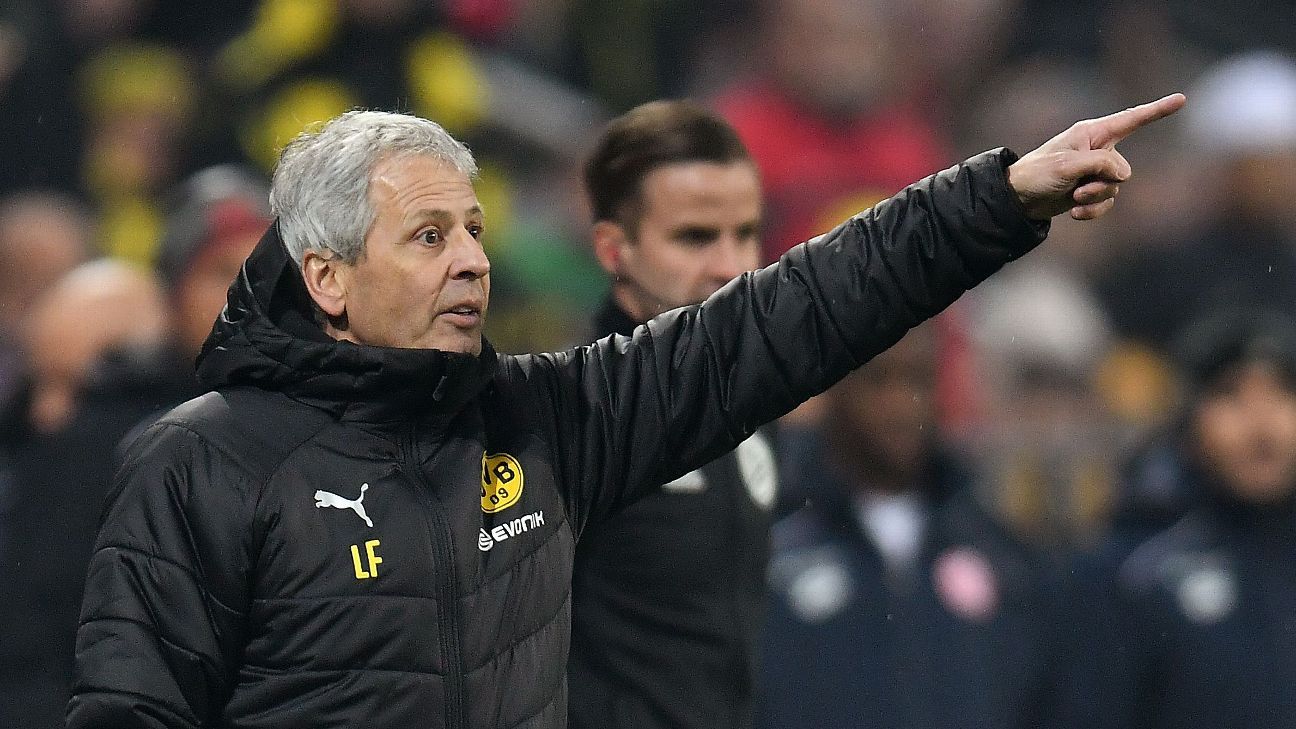 
Borussia Dortmund coach Lucien Favre said that Bayern Munich are not their only rival in the title race after a 2-1 away win against FSV Mainz on Saturday.

With struggling Bayern dropping two points at home in a 3-3 draw against promoted side Fortuna Dusseldorf, Dortmund have extended the gap to nine points to their main rivals in the Bundesliga table.

But following the match, Favre told Sky Sports it wasn’t just Bayern that Dortmund had to worry about in Germany.

He said: “It doesn’t matter if we play at home or away. It’s always really hard to win. That speaks for [Bundesliga] as a competition. We see the table, but we just take it one game at a time. It’s not just Bayern. [There is] Gladbach, Leipzig, Frankfurt, Hoffenheim and Leverkusen — so many great teams.

“It’s going well [for us]. It was a close game but not an undeserved win. I felt that we should have been ahead after the first half because we were in full control but we lacked precision and made the wrong runs.”

Dortmund forward Paco Alcacer broke the deadlock after 65 minutes — followed by Robin Quaison equaliser and Lukasz Piszczek’s winner — slotting home less than three minutes after coming on as a substitute. The Barcelona loanee, who signed a permanent deal to stay with the club on Friday, has scored nine goals with just 261 minutes of playing time.

Favre explained that Alcacer was eased into the team due to his lack of playing time at the Camp Nou: “Alcacer already started three games. But he needs time because he didn’t play regular football for two years in Spain.

“But he needs time because he didn’t play regular football for two years in Spain. But he keeps on going. Now we focus on Wednesday against FC Brügge.”

Alcacer’s goal was BVB’s 12th from a substitute this season, more than Saturday’s opponents Mainz have scored all campaign. Dortmund are setting further records as they remain unbeaten after 12 league games for the first time in club history, while boasting their second-best record with 30 points at this stage of the season.

Meanwhile, midfielder Thomas Delaney dodged questions about Dortmund being the favourites for the Bundesliga title.

Delaney said: “We’re hoping to remain unbeaten [in the Bundesliga]. It’s still early in the season. A [nine-point] lead over Bayern doesn’t matter. Today, we faced a tough opponent in Mainz, next week it’s also going to be hard. Currently, we are not looking at the table — that works for us so why change it?”

Borussia Monchengladbach have the chance to reduce BVB’s lead at the top of the table to four points on Sunday, while the Westphalians are looking to seal a spot in the round of 16 in the Champions League against FC Brugge on Wednesday.