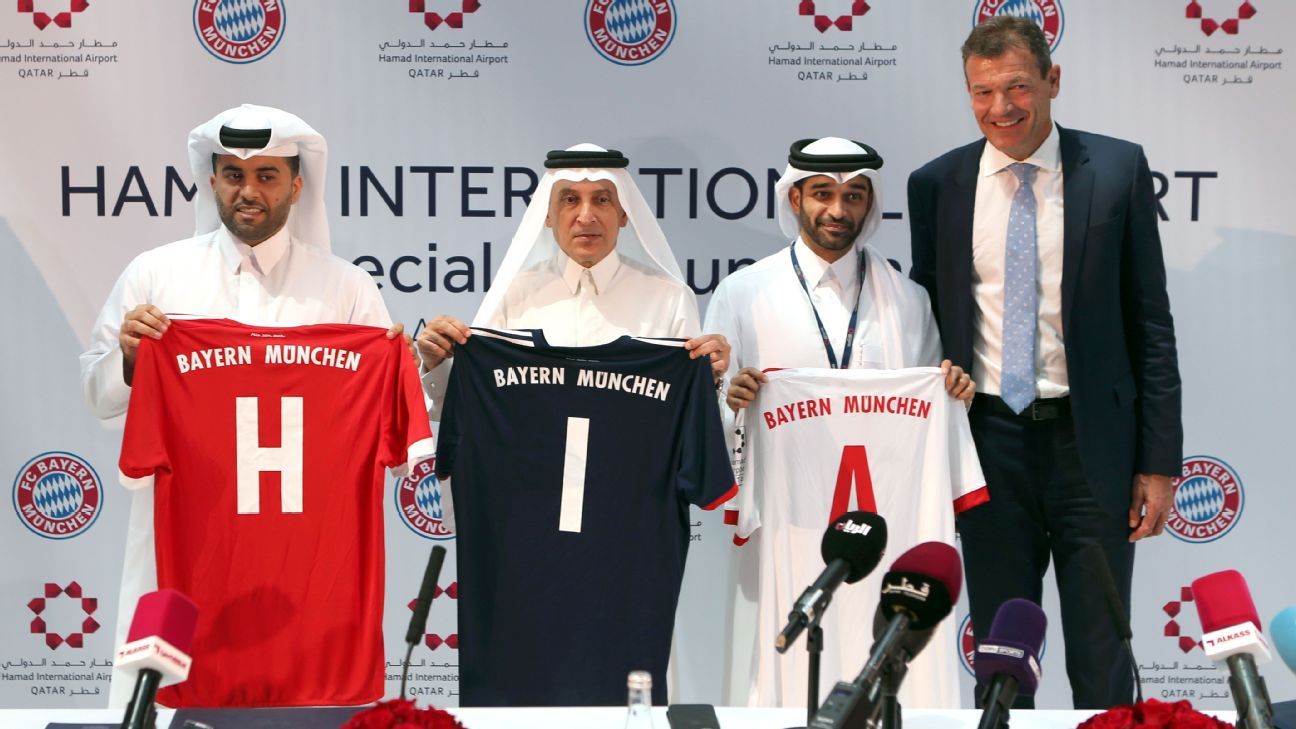 Andreas Jung, Bayern’s head of marketing and Akbar al-Baker, HIA’s CEO, announced the partnership in a presentation in Doha on Monday.

Bayern have yet to divulge any financial details, nor have they announced the advertising deal on their website either.

However, earlier this year, the club defended their close ties to Qatar, insisting a diplomatic crisis between the 2022 World Cup host nation and its neighbours was a matter for the German government.

Bayern opened another fan shop in Doha on Monday and have begun preparations for the second half of the Bundesliga season with winter training camps in Qatar seven times — including a trip in January this year.