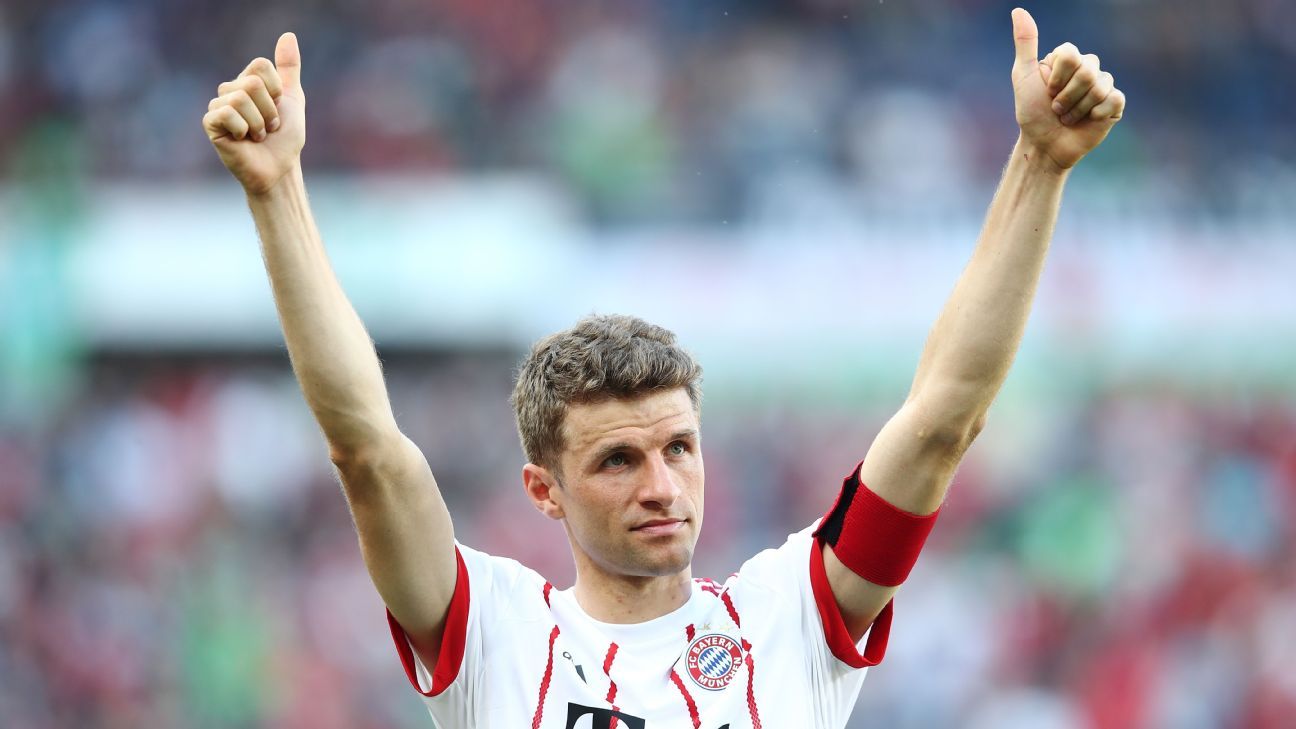 Resting key players and fielding an under-strength side with Real Madrid in mind, Treble-seeking Bayern enjoyed a nice leisurely warm-up for the visit of Champions League holders Real Madrid.

None… unless Arjen Robben is injured.

9 — Heynckes showed absolutely no mercy to his former club where he played in relative obscurity between 1967-70.

GK Sven Ulreich, 8 — A brilliant reflex save kept Bayern on level terms on 27 minutes, saving Bayern as he has so often this term.

DF Rafinha, 7 — One of Bayern’s best players this month, he regularly whipped in some Joshua Kimmich-like crossing from the right flank.

DF Lukas Mai, 8 — A composed first-team debut for the talented U-19 captain, making history as the first player born this millennium to turn out for the German champions.

DF Jerome Boateng, 7 — Hardly broke into a sweat alongside the new boy and remains the guarantee for Bayern not losing. He is yet to taste defeat in 29 games for Bayern this season, having not featured in any of the German champions losses to PSG, Leipzig, Hoffenheim and ‘Gladbach.

DF Niklas Sule, 7 — Pressed into service in the Javi Martinez defensive midfield role, Sule almost opened the scoring with a powerful drive after 15 minutes and impressed with his versatility and strength.

MF Juan Bernat, 6 — Provided the cross for the opener from a marginally offside position and looks more comfortable in a more advanced role on the left.

MF Sebastian Rudy, 6 — Unspectacular until turning in a Muller cross for his first ever Bundesliga goal for Bayern in the final minute.

MF Thiago, 7 — Headed narrowly over after 12 minutes, showing his full array of trickery but unable to crown his busy display with the goal his efforts deserved.

MF James Rodriguez, 7 — Bayern’s signing of the season tested Philipp Tschauner in each half but looked to be leaving plenty in the tank for the visit of his old team Real on Wednesday.

MF Arjen Robben, 6 — Captained the side for the first half before making way for Muller at the break. Bayern fans will hope his substitution was planned and there’s no new Robben injury before the clash against his former side in midweek.

FW Sandro Wagner, 5 — After scoring in four straight Bundesliga games, Wagner twice fluffed the chance to open the scoring, heading straight at former 1860 Munich goalkeeper Tschauner when it seemed easier to score. Heading is normally his meat and drink and Heynckes decided to give Lewandowski the opportunity to get his eye in before Real Madrid.

MF Thomas Muller, 8 — Muller came on at the break for Robben, taking over the captain’s armband as well. He nodded Bayern into the lead just before the hour and also laid on Rudy’s last-minute goal, taking his tally to 15 goals and 16 assists for the season in all competitions. The days when Muller was surplus to requirements under Carlo Ancelotti seem a distant memory.

FW Robert Lewandowski, 8 — Replaced the ineffective Wagner on 66 minutes, showing Sandro how it’s done with a precise header in off the post six minutes after his introduction — for his 28th league goal in 28 games this season.

MF Javi Martinez, N/R — Came on to shore things up in midfield, replacing James with the game done and dusted. Will start in midweek against the Kings of Europe.