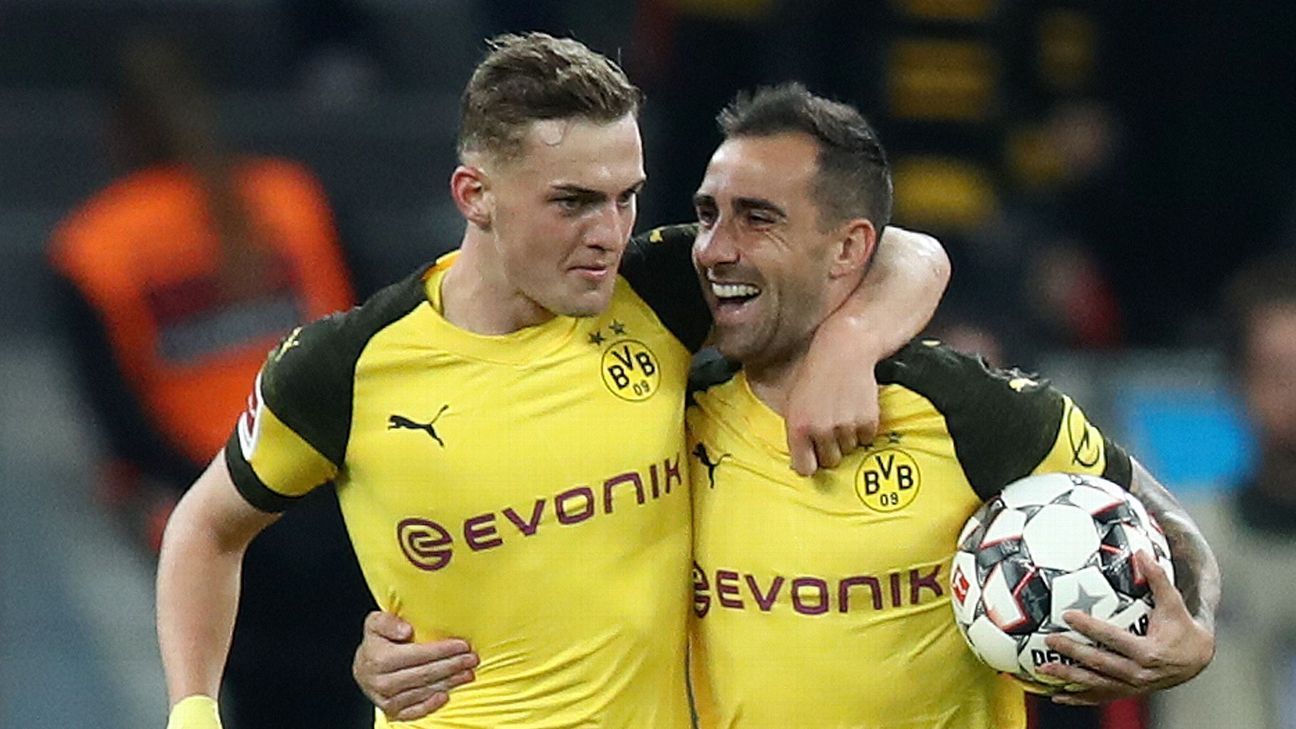 Borussia Dortmund scored four times in the last 25 minutes to come from two goals down and beat Bayer Leverkusen 4-2 on Saturday to climb top of the the Bundesliga.

Goals from Jacob Bruun Larsen in the 65th minute, Marco Reus in the 69th and two from Paco Alcacer in the last five minutes overturned a 2-0 lead by Bayer Leverkusen after first-half goals from Mitchell Weiser and Jonathan Tah.

Spaniard Alcacer, who joined from Barcelona this season, had come on as a substitute in the 63rd minute.

Dortmund now have 14 points, one ahead of champions Bayern Munich, who suffered their first defeat of the season on Friday with a 2-0 loss at Hertha Berlin.

“We kept believing we can turn this around,” said Dortmund coach Lucien Favre. “I think it was a fantastic game for the fans.

“We put in a good start. Now we are at the top of the table after six match days. Obviously we are satisfied.”