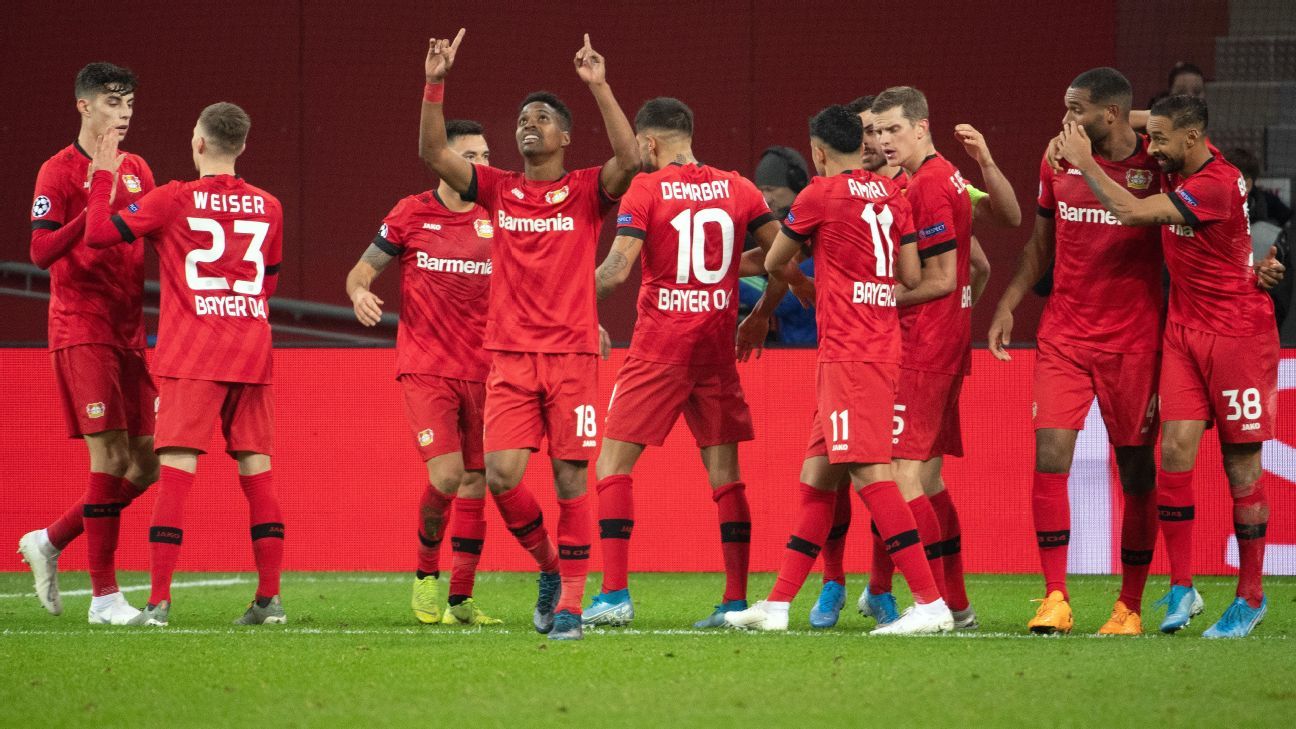 
Bayer Leverkusen sprang to life in their Champions League group as they picked up their first points with a 2-1 win over Atletico Madrid in a bad-tempered game on Wednesday.

Atletico would have clinched their place in the round of 16 with a win but failed to produce a single shot on target in the first half of the Group D game and fell behind in the 41st minute when Thomas Partey headed a corner into his own goal.

Charles Aranguiz lofted the ball over from the right and the Ghanaian headed into his own net as he tried to clear.

Leverkusen extended their lead 10 minutes after the break. Karim Bellarabi fired over a low cross from the right, Felipe failed to cut it out and Kevin Volland controlled the ball and drilled his shot past Jan Oblak.

There were ugly moments after that and, at one point, a huge scuffle broke out in the Atletico area involving around a dozen players which led to four players being booked.

Shortly afterwards, Leverkusen had Nadiem Amiri sent off for a late, sliding tackle, leaving the Bundesliga side to play the last six minutes with 10 men.

Alvaro Morata pulled one back in the fourth minute of stoppage time and, incredibly, Atletico nearly snatched an equaliser. In their next attack, the ball again fell perfectly for Morata in the penalty area but goalkeeper Lukas Hradecky saved the shot with his legs.

Leaders Juventus have qualified with 10 points from four games while Atletico have seven and Lokomotiv Moscow and Leverkusen three apiece.