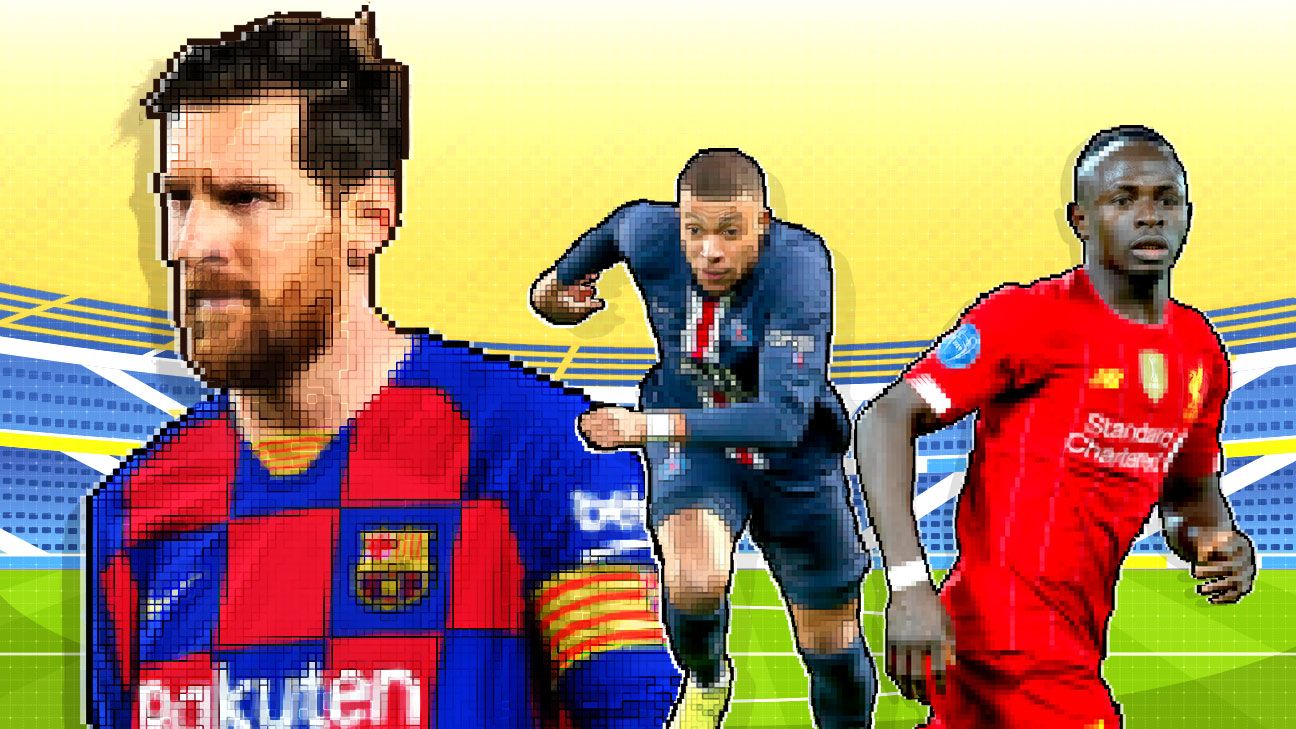 
The group stage is over, and ESPN’s League vs. League tournament moves on to the semifinals. La Liga, Serie A, Major League Soccer and the Brasilian league are no longer with us, leaving the Premier League, Liga MX, the Bundesliga and Ligue 1 as the competition’s final four.

The semifinals will pit the Bundesliga against Liga MX and the Premier League against Ligue 1, as a place in the final beckons for whoever emerges victorious.

Who will punch their ticket to the grand final?

Click here to see all the rules, squads, tactics and formations as well as how we pulled this competition together. Catch up here on the tournament so far.

Jump to: Bundesliga vs. Liga MX | Premier League vs. Ligue 1

On paper this looks like a complete mismatch but Liga MX have held up impressively against every opponent so far, including the Premier League.

MARCOTTI: No fear, no mercy. I got David Alaba and Dayot Upamecano back there to counter Enner Valencia’s speed. But, crucially, I got the beast, Erling Haaland, up front to help Robert Lewandowski stomp all over the Liga MX defence.

I learned a lot from the last group game: going all out pays dividends.

MARSHALL: Inter Milan under Jose Mourinho in 2010; Mourinho’s Porto in 2004; Greece at the Euros that same year; Estudiantes de la Plata in 1968; Atletico Madrid in 2013-14. There are plenty of examples down the years of teams finding effectiveness without necessarily garnering popular acclaim. Next on that list: Liga MX in the “Battle of the Leagues.” There seems to have been a level of disrespect thrown Liga MX’s way, or maybe it’s been tactical naivety (?). Let’s hope Mr. Marcotti and the Bundesliga continue the trend of not taking Liga MX as seriously as they should in the semifinal.

The tactical system has changed from the 4-2-2-2/4-4-2 in the group stage to a 5-2-3 for this semifinal. The reason? The spies/scouts have been reporting that Marcotti is likely to field a 4-2-4 formation again, attempting to blow Liga MX away. Others have tried to do the same and failed. The new formation creates numeric superiority in defense and equals the Bundesliga in midfield. At the other end of the field, if Bundesliga plays a high line — as expected — Jonathan Rodriguez, Angel Mena and Enner Valencia will be looking to use their pace to get in behind with some swift counter-attacks. Prediction: Liga MX 1-0 with a late goal from substitute Rogelio Funes Mori.

A place in the final is up for grabs, but will it be Gab Marcotti’s Bundesliga or Tom Marshall’s Liga MX?

The Premier League should have more than enough to advance to the final, as expected…

LAURENS: Here we go! It doesn’t get bigger than this. A semifinal against the Premier League team. They are the favourites and we are the underdogs, but we have a great game plan. Knowing the lack of innovation from their manager Mark Ogden and his boring conservatism, we know exactly how the PL team will play against us. So we will switch to a back three to contain their front three while we will use our wing-backs to take advantage of the space in behind their full-backs.

Our block won’t be too low and Youcef Atal on the right and Juan Bernat on the left will be very attacking often from the fullback positions. So Laurent Koscielny is coming in the team to bring his experience as a sweeper with Jason Denayer and Marquinhos on each side of them.

Our pair of defensive midfielders, Tiemoue Bakayoko and Thiago Mendes, has done very well so far in the competition. They are strong, good on the ball and will boss this game. We will have Houssem Aouar and Cesc Fabregas ready to come on from the bench to bring more creativity and quality on the ball if needed.

Up front, Neymar will be the playmaker in a free number 10 role. He did really well in our last game in this position. He will have Kylian Mbappe and Wissam Ben Yedder in front of him. They will provide movement and constant threat for the opposition. Mbappe is due a great game and he will deliver against the Premier League.

OGDEN: Having named an unchanged team in every game so far, a dressing-room revolt led by those players who haven’t had a kick has led me to succumb to player power and make wholesale changes for the sake of squad harmony. And a lot of the players needed a rest after such a heavy workload anyway. So the pressure is on the mutineers to deliver. Once again, it will be attack, attack, attack. No point leaving the handbrake on.

So there you have it! Our final is set: Julien Laurens and Ligue 1 will face Gab Marcotti and the Bundesliga for the ultimate crown in our Battle of the Soccer Leagues. Both semifinals were high-octane and full of excitement; will the final live up to the hype? First, a word from our managers who are taking the results, ahem, in stride…

LAURENS: Ha ha ha ha ha ha!!! Ogden, I can’t hear you? What are you saying? Talk louder! I can’t hear you!! Are you still there? Don’t worry, you can always try again next season. Maybe we will give you a better league to play with if you want. Oh wait…

MARCOTTI: This is where I wish I’d seen the whole game… Rui Patricio? Buendia?

Tune in on TUESDAY, June 16 for the grand final of Battle of the Soccer Leagues.