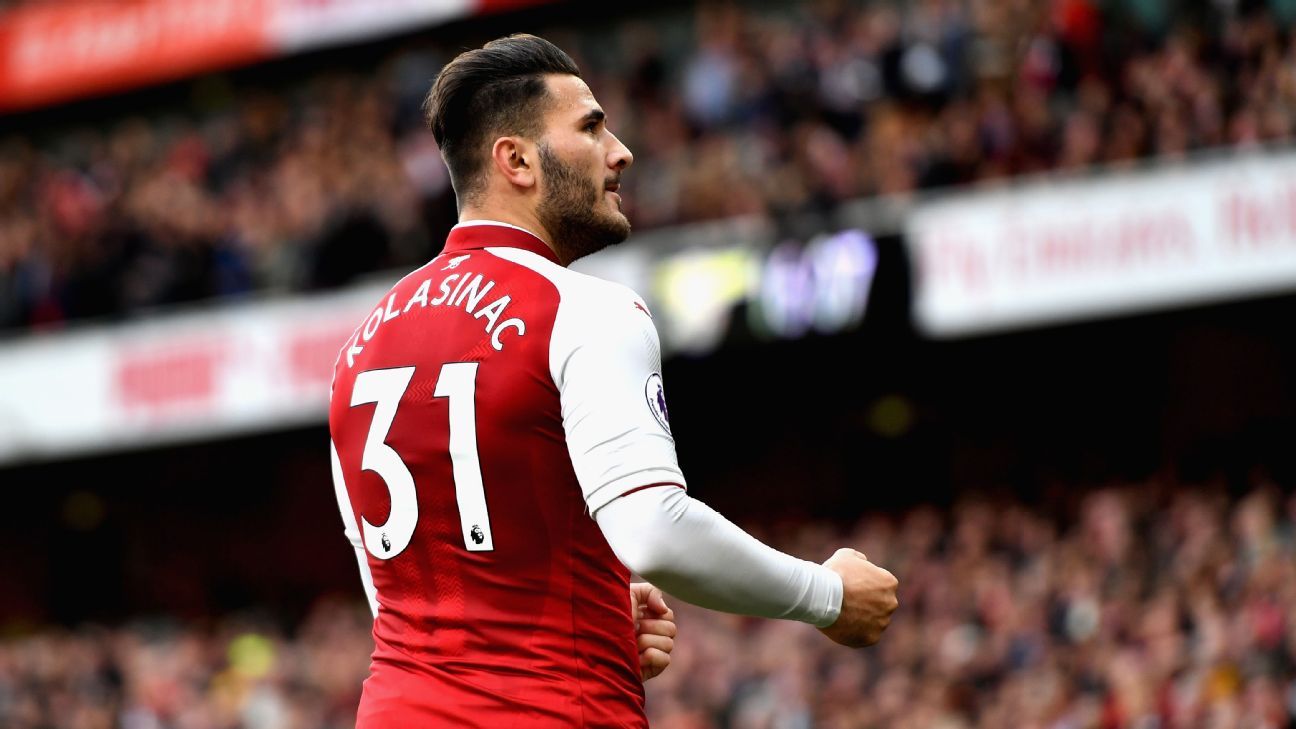 
Arsenal’s 2-1 win over Swansea on Saturday was their fourth successive victory since the defeat at Watford that led to their captain, Troy Deeney, openly questioning the team’s character.

Perhaps the words of the Watford man — whose side have lost both their games since beating the Gunners by the way — have become that cliched “kick up the backside” moment. They were the perfect comments — perhaps stuck up on the dressing room wall — that teams often use to inspire them.

Midfielder Granit Xhaka spoke after the game about how another comeback was evidence that the side had the “cojones” that Deeney said they lacked. “It’s the third time in a week that the team have come from behind to win, that says a lot about this team,” said the Swiss midfielder, and he is right.

The “Arsenal battle back” headlines have become prevalent in the last seven days. Against Goodison Park they came from behind to thrash Everton, costing Ronald Koeman his job; then two goals from young hero Eddie Nketiah saw them overturn Norwich’s one goal lead in the Carabao Cup.

The flip-side of that, however, is that letting goals in — especially the kind of careless, unnecessary ones that tend to be a trademark of Arsenal this season — means some of that character is still open to question. If coming back to win shows they have it, does going behind so often mean they lack it too?

In a results based game, the former will always outweigh the latter, but you can be sure it’s an issue that will be troubling Arsene Wenger. Regardless of how mentally strong you are, if you continue to let the opposition take the lead, you’ll run out of comebacks sooner or later, and that means more dropped points.

It was interesting to hear the Arsenal manager speak about the “decisive” impact of Sead Kolasinac after the game. The Bosnia & Herzegovina international scored the equaliser and then created the winner for Aaron Ramsey, and the left-back looks like a man determined to make an impression in every game he plays.

When you look at his contribution since joining the club on a free transfer from Schalke in the summer, there’s something of a pattern beginning to emerge. When Arsenal needed an equaliser in the Community Shield, he provided it with a towering header, and they went on to win the game on penalties.

His second goal brought Arsenal level against Cologne in the Europa League — having gone 1-0 down early on — and again they went on to win. And on Saturday his early second half goal made it 1-1, before he provided the crucial pass for Ramsey to net. Perhaps his nickname ought to be “The Equaliser,” although that would hardly do him justice.

“Sead’s a winner,” said Wenger after the Swansea game. “Fans want winners and he could deliver again when it was needed today.”

Wenger had spotted that right-back Hector Bellerin was being crowded out on the other side and his second half instruction to attack down the left paid dividends. Though such a tactic is easier to implement when you have a player like Kolasinac who can add end product in the final third.

How much of it is down to his character, and how much depends on his quality as player is almost impossible to measure. The two are interlinked in so many ways, but since his arrival Kolasinac has impressed fans with his steely determination and the fact he makes Arsenal — traditionally seen as a bit brittle — a more powerful team physically.

Yet with that hulking physique comes a deftness of touch and the ability to create in dangerous areas. As well as the assist for Ramsey, his backheel to Alexis Sanchez from just outside the box showed his invention, before he was withdrawn due to injury.

With a near rampant Manchester City looming large on the Premier League horizon next weekend, it would be a big blow to go into that game without him. He would certainly have a lot more work to do defensively, but given City’s weakness — if they have one — lies with their defence, Wenger will be hoping the 24-year-old is available.

At a time when a footballer’s worth is measured against their transfer fee, Kolasinac is showing that there are still bargains available.