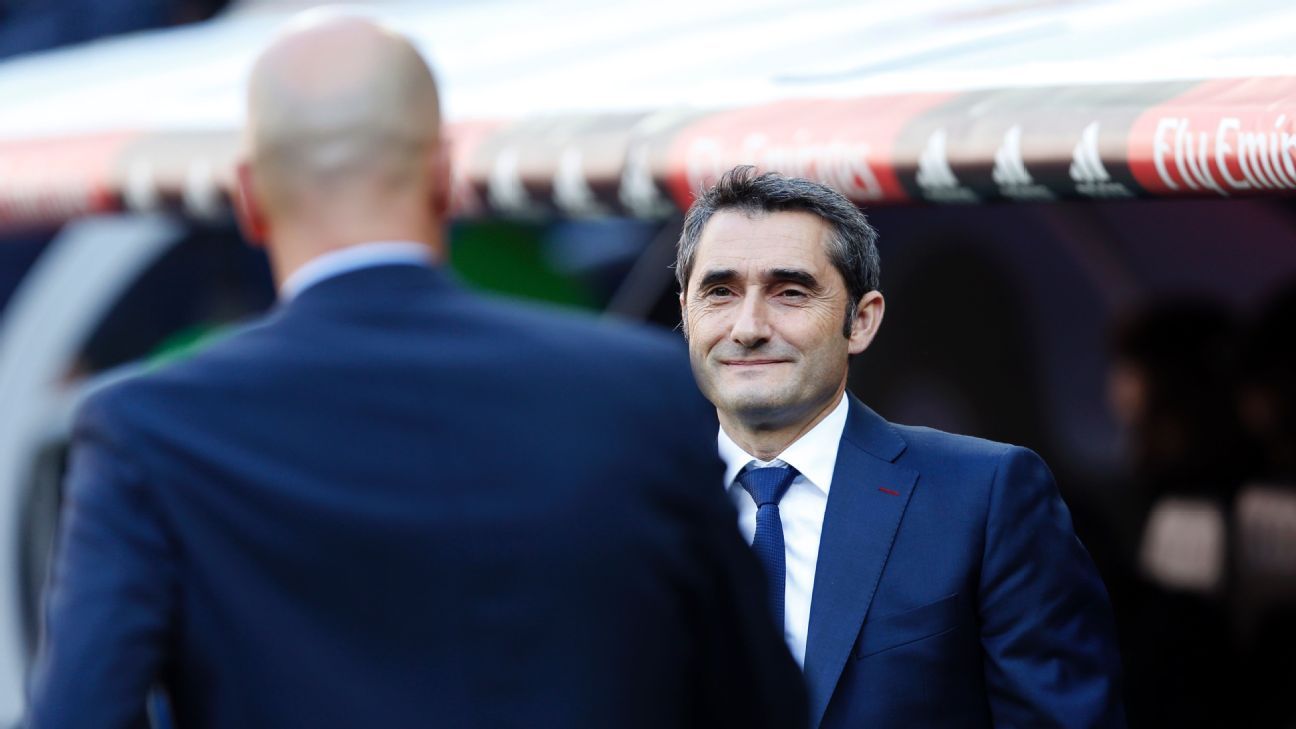 
Barcelona coach Ernesto Valverde said he would like for the Oct. 26 Clasico between Real Madrid and Barcelona to go ahead as planned and sees no reason why the match should be postponed, considering there are nine days to go before the encounter at Barcelona’s Camp Nou.

“This game can perfectly take place, it’s a good opportunity to play it with normalcy. To play would show all the haters that yes, it can be done,” Valverde said during a news conference on Thursday.

Violence has continued in Catalonia after Spain’s Supreme Court on Monday sentenced nine separatist Catalan leaders to up to 13 years in prison for their part in an October 2017 effort to declare independence for the region.

After a surge in separatist sentiment since the global economic crisis that hit Spain particularly hard, around half of Catalonia’s 7.5 million residents say they want to break away from Spain and forge a new European country. On Wednesday, La Liga requested Barcelona’s clash with Real Madrid on Oct. 26 be moved from Camp Nou to Real Madrid’s Bernabeu stadium after separatists groups in Catalonia have called for supporters to rally in Barcelona on that date.

The league communicated on Wednesday it has “requested the competitions committee of the RFEF to change the location of El Clasico because of exceptional circumstances beyond our control.”

But Valverde said he thinks Oct. 26 is still feasible and said he and the players favour going ahead with the match as planned and both clubs have said they oppose La Liga’s request.

“That is the date it was set. The game is going to be played without problems. This is my opinion but I don’t know what decision they [competition committee of the Spanish FA] will take,” he said.

“Would it alter the competition if game is postponed? I don’t know. Last year we were talking about a possible game that we were going to play in the U.S. which didn’t happen. One day it will be played.”

He added: “I would prefer to play it as would my players.”

Valverde admitted that the scenes in Barcelona’s streets in recent days were not welcomed.

“There are things that are not nice to see these past few days in Barcelona. I hope this is a one-time thing and that politicians can find common ground,” he said.

Asked which team would benefit in the event of game being postponed, Valverde said: “I don’t know. We would go into the game having one day less to rest than Real Madrid so I guess if you look at it that way, it would be us. However, in these type of games that is not that important as players are always ready to play these games.”

Barca have postponed all institutional events scheduled for this week, a club source told ESPN FC on Thursday.

Due to disturbances at El Prat airport, Barca were also forced to change their travel plans for this Saturday’s clash at Eibar.

The nine separatists convicted of sedition for their role in the illegal independence referendum that was staged two years ago were handed jail sentences of between nine and 13 years by Spain’s Supreme Court this week.

After the sentences were handed down Barca released a statement that said “prison is not the solution” and called for dialogue between Spanish and Catalan politicians.