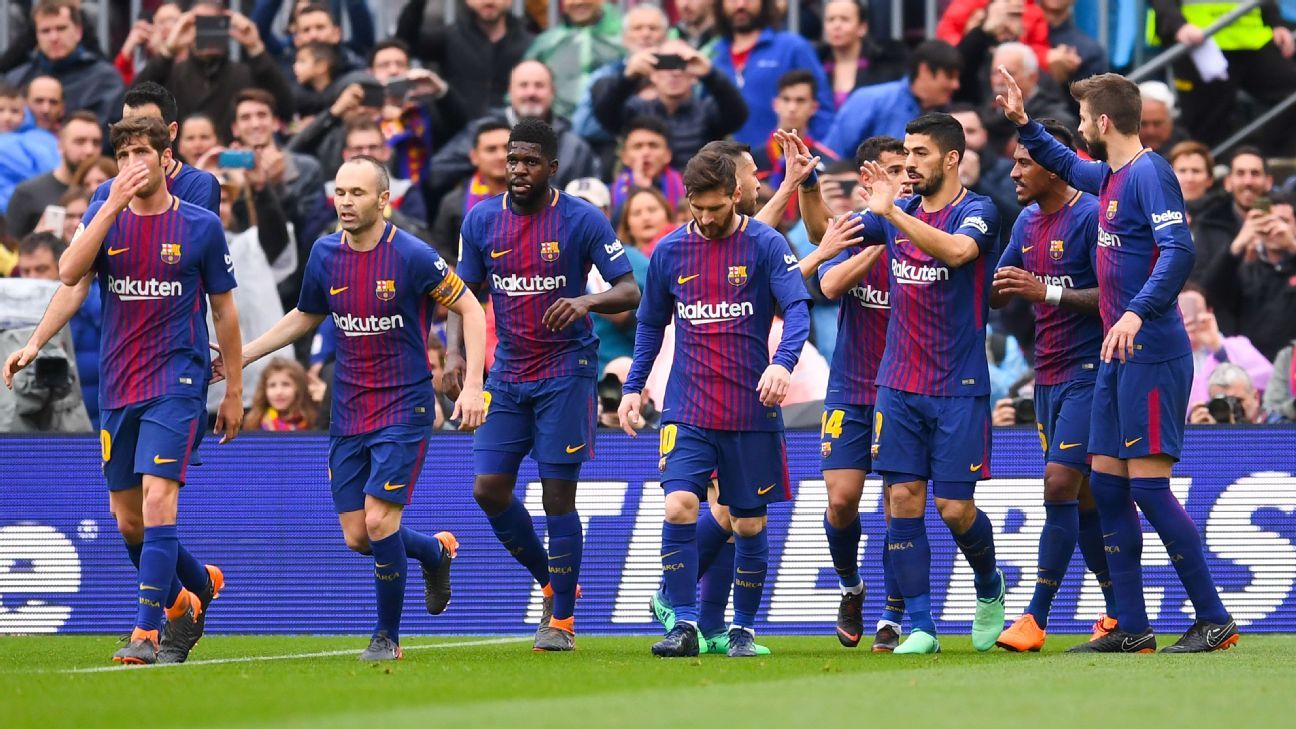 
BARCELONA — Ernesto Valverde gave little importance to Barcelona breaking the La Liga record for consecutive games without defeat as the Catalan club struggle to come to terms with Tuesday’s humiliating Champions League exit at the hands of Roma.

Luis Suarez and Samuel Umtiti were on target on Saturday as Barca returned to winning ways by beating Valencia 2-1 to extend their unbeaten streak in the league to 39 games.

As a result, Barca set a new league high for games without losing, breaking a record which had been held by Real Sociedad since 1980.

Their unbeaten run started last April with seven straight wins under Luis Enrique and has continued under Valverde. They are yet to taste defeat in 32 league matches in the current campaign and are now just six games away from becoming the first-ever La Liga side to go through a whole season unbeaten.

However, the record means little to Valverde, who says it was more important for Barca to pick themselves up after their shock 3-0 defeat in Rome in midweek.

“This wasn’t a week to think about records, to be honest,” the coach said in his postgame news conference. “We don’t give it much importance. It was vital that we picked ourselves up after a difficult week. As for the records, it’s normal that these players keep on breaking records.

“But it was a fundamental win in many senses. I am happy first of all with the three points. It was 10 points needed to win the league, now it’s seven with just 18 to play for.

“I’m also happy because of the week we’ve had. The atmosphere around the club this week has been a little gloomy and we needed to put the brakes on that and stand up and be counted. In that sense, I have to congratulate the players because it’s not easy after the huge disappointment they had.

“The sensation is that we have failed, that we have disappointed the supporters, but we have to look forward and not lose sight of what we can still achieve this season.”

The win against Valencia means a seventh league title in 10 years now looks like a formality for Barca, but they still have some work to do if they want to end the season unbeaten.

They travel to Celta Vigo on Tuesday, where they lost 4-3 and 4-1 in each of the past two seasons, and host Zinedine Zidane’s Real Madrid at Camp Nou on May 6.

Next weekend they face Sevilla in the Copa del Rey final, too, as they chase a domestic double and Valverde called on the club’s supporters to focus on the positives.

“I am optimistic [about the rest of the season], of course,” Valverde added. “After a defeat like the one against Roma, there’s always a painful period when questions are asked and everyone is affected. The important thing is how you pick yourselves up, what you do next.

“Are you going to disappear into a shell for three months? No, you get up and go again. We want to win the league and the cup, which is a big challenge for us. That’s what we have ahead of us.”