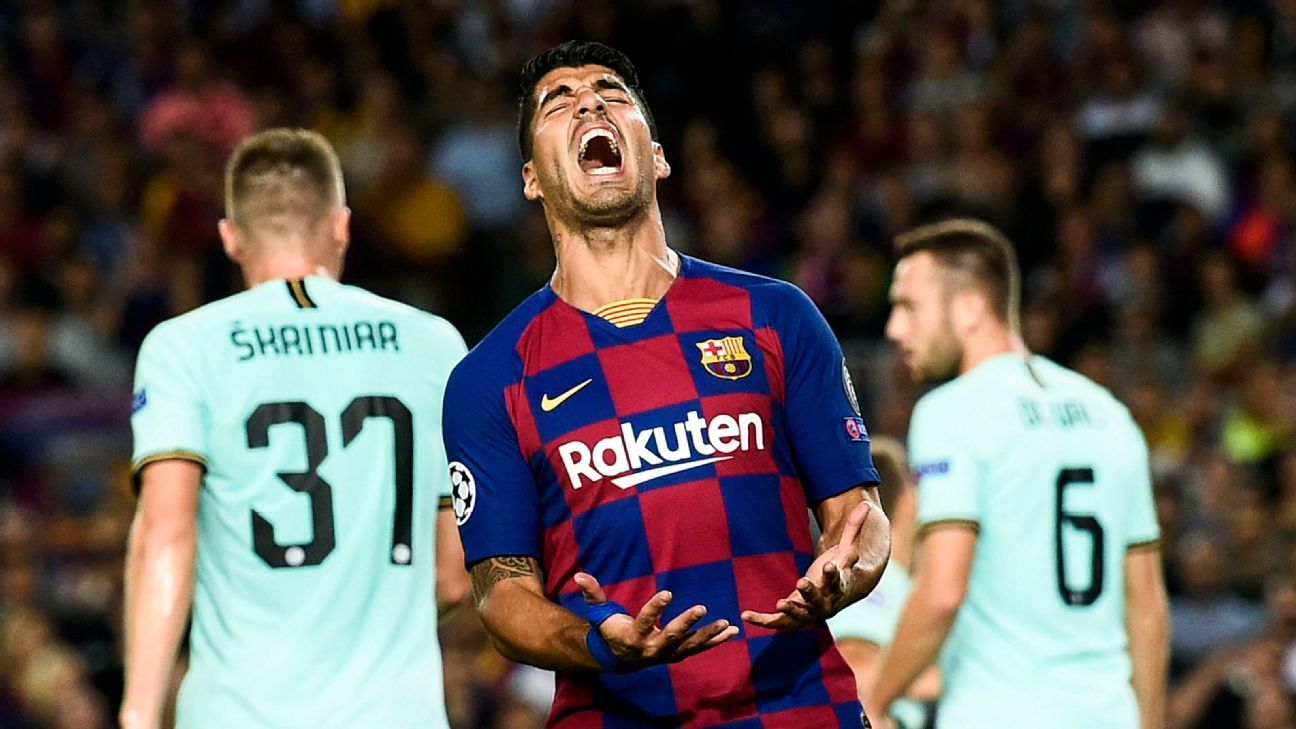 Barcelona forward Luis Suarez has said he is desperate to remain at the club and would even be willing to accept a backup role.

Barca president Josep Maria Bartomeu said this week that the squad would undergo a plethora of changes this summer which would mean saying goodbye to some “club legends.”

Bartomeu named several players that would not be allowed to leave on the back of the 8-2 Champions League quarterfinal defeat to Bayern Munich, including the frustrated Lionel Messi, but didn’t mention Suarez, who has a contract until 2021.

Suarez, 33, called on the club to tell him directly if they want him out and said that until that is the case he will fight for his Camp Nou future.

“There is talk about the names mentioned by the president and about changes that could happen, but no one at the club has told me they want to get rid of me,” the Uruguay international told El Pais.

“If that is what the club want, it would be nice if the decision-makers communicated that to me. It is better that way than leaking names. I want the best for the team and my intention is to stay.

“Throughout my career, I have accepted being on the bench. I still think I have a lot to give but I wouldn’t have any problem if that were to be the case here next season.

“Competition for places is healthy and if the new coach [Ronald Koeman] feels I should be a substitute, then I would have no problem with that.”

Suarez, who has been at Barcelona for six years and recently became the club’s third top goalscorer of all time with 198 goals, also had a message for those that have suggested his time at the top level is up.

“I don’t like to compare but I remember when Ajax knocked Real Madrid out of the Champions League and they said [Toni] Kroos was finished, [Sergio] Ramos was a disaster and they wanted to retire [Luka] Modric,” he added.

“Then, this season, everything went better and they are all brilliant again and part of a legendary team. Of course, they were and are a good team, but everyone takes potshots when you lose.”

Bartomeu’s interview last week inferred that a number of the club’s older players, including Suarez, Jordi Alba, Sergio Busquets, Ivan Rakitic and Sergio Busquets were on the transfer list.

However, Koeman said at his presentation that age would not be a factor in his decisions when it comes to making changes during the transfer window.

Meanwhile, Barca continue to try to convince Messi to stay at the club. The Argentina captain has grown unhappy at events on and off the pitch in recent seasons and was tipped over the edge by the humiliating loss to Bayern.

He met with Koeman this week and told him about his doubts but the club continue to point to the fact he still has one year to run on his contract and a €700 million buy-out clause.

Some board members, though, have told ESPN that, in the right circumstances, they would be willing to entertain offers for Messi if he really is adamant about leaving.