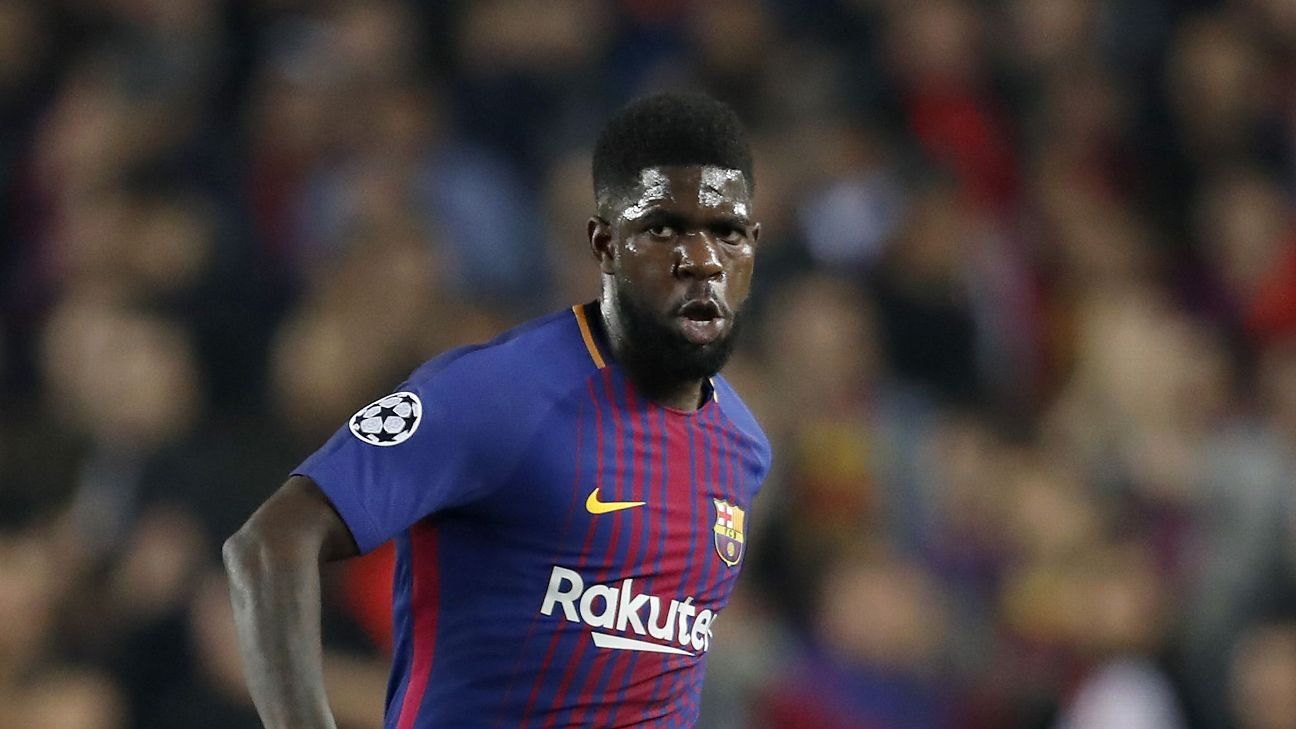 
Barcelona defender Samuel Umtiti is confident that he can form a good partnership with Real Madrid’s Raphael Varane in order to boost France’s World Cup prospects.

Club rivals Umtiti, 24, and Varane, 25, look certain to be the first-choice central defensive pairing for France at next month’s tournament after Arsenal’s Laurent Koscielny was ruled out due to injury.

The duo played together in a 2-2 draw with world champions Germany in November and in a 3-2 defeat against Colombia in March, and Umtiti is hopeful that they can form a good understanding.

“We know that our job will be very important,” Umtiti told L’Equipe. “During the last meetings, we were able to get a run of matches together — whereas we rarely played together before that.

“It’s about finding automatic reflexes in central defence, because sometimes you don’t have the time to talk to each other and to know how the other plays or perceives certain situations. You need games and dialogue.

“Raphael is someone who’s very intelligent. He plays for one of the biggest clubs in the world. So I don’t think we’ll have any problems in finding a way of complementing each other.”

Umtiti also stressed that the fact both players line out alongside experienced defenders at their clubs will also help when France get their World Cup campaign underway with a match against Australia on June 11th.

“The experience that Raphael gained with Sergio Ramos and that I did with Gerard Pique has helped us to develop,” he said.

“The fact we’ve rubbed shoulders with great defenders is what’s going to enable us to play well together. Honestly, I’m not worried about that. We are and will be complementary.”

Umtiti, who was troubled by a knee problem this season, could be set to sign an extended contract with Barcelona.

The former Lyon centre back has two years left on his current deal, but the Spanish champions are keen to offer him improved terms and to get rid of a relatively low release clause of €60 million.

Umtiti appears relaxed about the ongoing negotiations, saying that they always take some time — and that he plans to stay in Barcelona next season.

“Oh yes,” he said. “I’m at a club that allowed me to realise my dream of playing there. I’m still under contract at the moment. So for me to leave, either they throw me out the door or I decide to leave.”