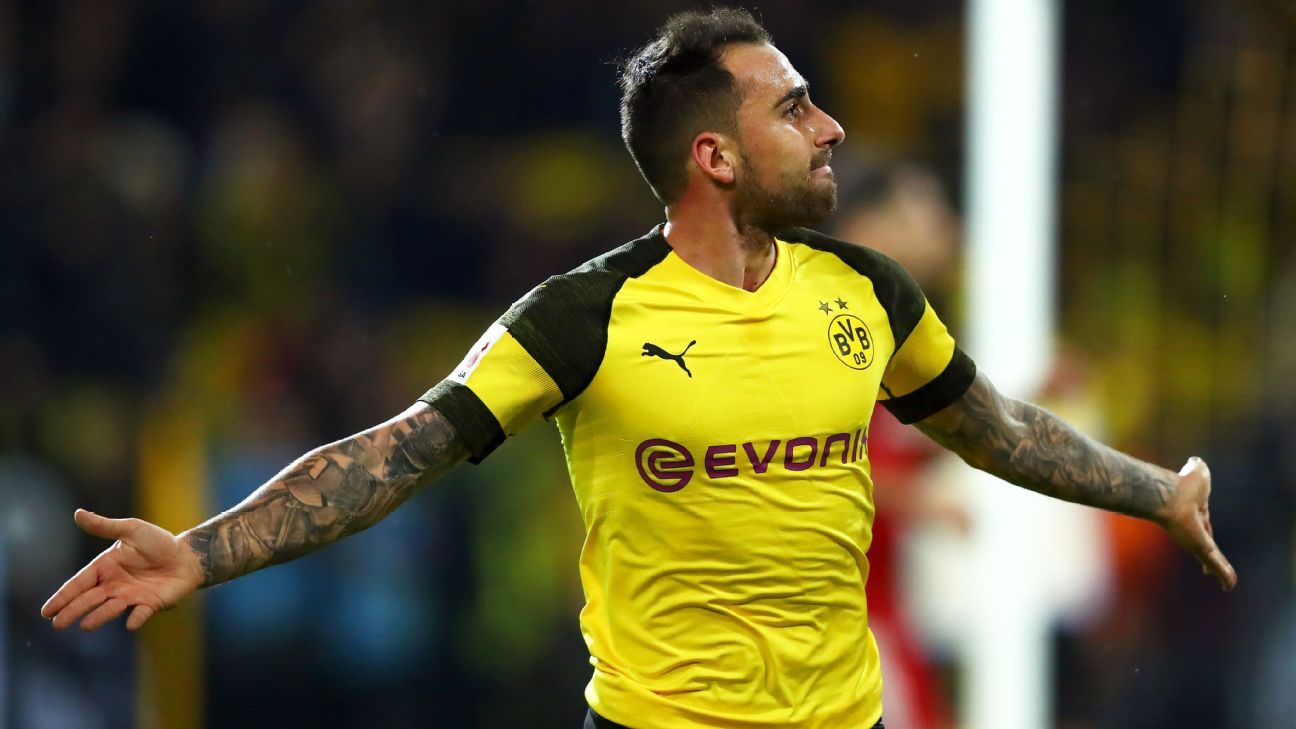 
Borussia Dortmund have activated their option to sign Paco Alcacer from Barcelona on a permanent contract until 2023.

Alcacer, 25, who joined Dortmund on an initial one-year loan, will officially become a Dortmund player when the transfer window reopens in January in a deal which Barcelona announced is worth €23 million, plus €5m in add-ons.

Barcelona will receive five percent of any future transfer profit should Alcacer, who has scored nine goals in eight games for the Bundesliga leaders, move to another club.

“Today, we informed FC Barcelona that we will trigger the buy option,” Michael Zorc, Dortmund’a sporting director, said in a statement. “Paco is here at Dortmund with his heart and soul. He settled-in in a very short period and has become a permanent fixture in our squad.

Alcacer added: “I am very happy in Dortmund, at BVB and in this wonderful squad. Borussia Dortmund has been and is exactly the right decision for me. I will do all I can to pay back the trust in performances and goals.”

They are expected to offload fringe players such as attacker Alexander Isak and midfielder Sebastian Rode in January but have ruled out selling United States captain Christian Pulisic.