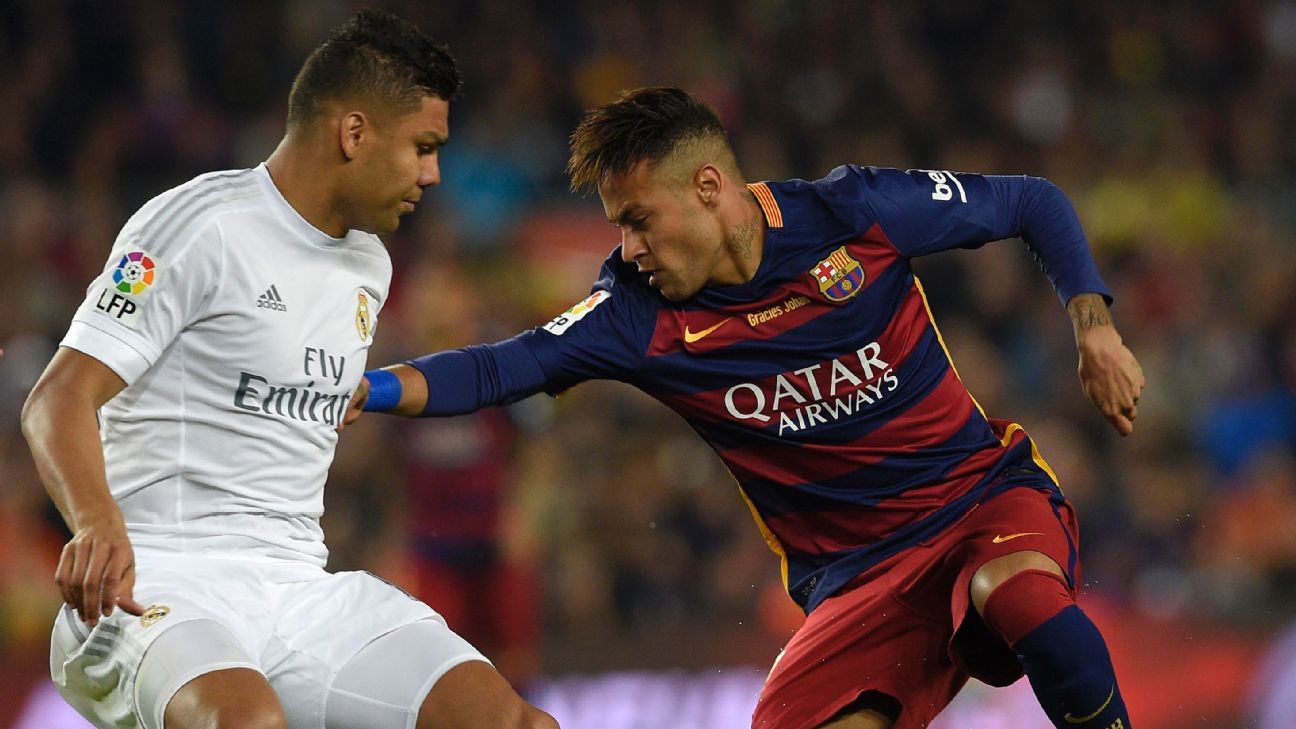 
Real Madrid midfielder Casemiro says Barcelona star Neymar would be very welcome at the Bernabeu, and he sees no reason why the move cannot take place.

The last week has seen huge speculation around Neymar’s future, with the 25-year-old reportedly considering joining Paris Saint-Germain, who are willing to pay his €222 million release clause and push through the move.

The situation remains unclear despite Blaugrana defender Gerard Pique tweeting on Sunday that “he stays,” and Madrid have money to spend after receiving around €120m from moving out squad members including Alvaro Morata, Danilo and James Rodriguez this summer.

Speaking after Madrid’s International Champions Cup 1-1 draw [and 2-1 penalty shoot out defeat] against Manchester United in Santa Clara, California, Casemiro told Globoesporte that if the long-time target of Los Blancos president Florentino Perez wanted to come to the Bernabeu then that is what should happen.

“It is up to Neymar himself to decide his own future,” Casemiro said at Levi’s Stadium. “He knows what he must do. Why could he not play here at Real Madrid? He would be welcome here with us.”

The Blaugrana No. 11’s father, Neymar Senior, reportedly met Barca board members in New York over the weekend, with AS reporting he has “begun an auction” to try and force the Camp Nou outfit to offer him a new, improved contract.

Casemiro said he had no personal insight into what was happening, while adding that Neymar Senior was a very capable negotiator who would get the best for his son and client.

Before Neymar moved to Barcelona from Santos in 2013, Madrid had tried repeatedly to get the emerging starlet to join them instead. The lengths to which the then-Barca board went to ensure they won that battle have lead to long-running legal issues involving third-party investors in Brazil, which are still to be resolved.