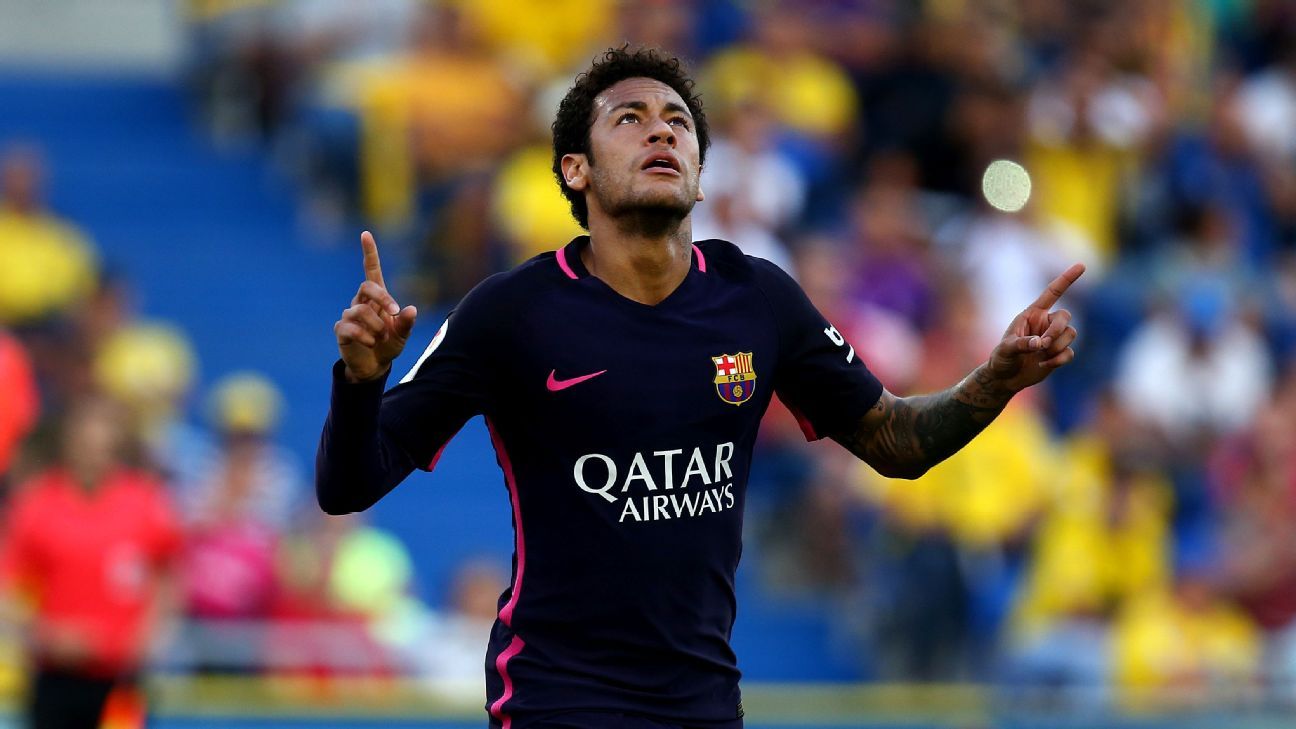 
Barcelona star Neymar is the highest-earning athlete in the world under 25, according to a study by Forbes.

The Brazil international signed a new five-year deal with Barca last summer, worth $15m-a-year, but the report states he earns far more money away from the pitch thanks to his wide range of sponsorship agreements.

“The Brazilian wunderkind is the highest-paid of the 25 and under set,” Forbes said after naming the 100 highest-paid athletes in the world.

“The superstar’s current contract ties him to Barcelona until 2021. He is the only [football] player to earn more off the pitch than on it, including from sponsors Nike, Gillette, Panasonic and Beats by Dre.”

However, Neymar is only 18th on the overall list, which is headed by Real Madrid’s Cristiano Ronaldo, who boasts annual earning of $93m taking into account his salary and the money he receives from endorsements.

Basketball player Lebron James ($86.2m) is second on the list, followed by Barca’s Lionel Messi ($80m), with Neymar the next footballer to appear on the list after his club teammate.

Earlier this year, Neymar was the only football player to be named in Time Magazine’s 100 most influential people on the planet.

Included in the ‘Icon’ section, a large part of his presence was due to the image he has cultivated away from the pitch as much as on it — and that was never more evident than after Barca’s famous 6-1 victory over Paris Saint-Germain in March.

The following day a huge advertising board was unveiled in the centre of the Catalan city as part of a campaign run by Nike with a photograph of Neymar alongside his prematch comments: “One percent chance, 99 percent faith.”

Neymar, who joined Barca from Santos in 2013, agreed to a new deal with the club last summer but didn’t put pen to paper on the terms until last October.

As well as a wage increase, Barca also took the chance to increase the forward’s release clause, which as of July, when he moves into the second year of the deal, will rise to €225m.

Next summer, when he moves into the final three years of his deal that will increase to €250m as the Blaugrana look to ensure the player does not leave the club.