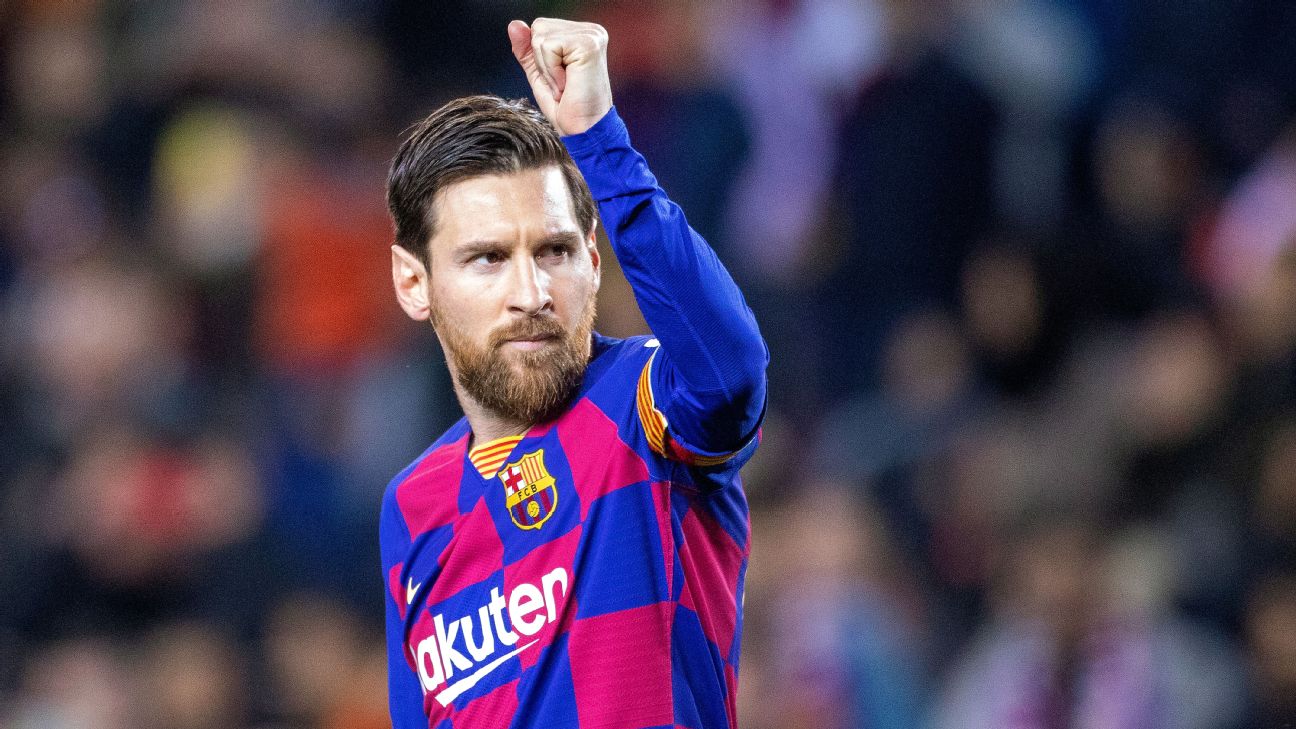 
Barcelona forward Lionel Messi has said it will be strange to play in empty stadiums as La Liga moves ahead with plans to restart on June 11.

Spanish Prime Minister Pedro Sanchez has given the green light for football to resume from June 8 and La Liga president Javier Tebas has said he wants to restart the competition three days later with the Seville derby between Sevilla and Real Betis.

However, games will have to be played without supporters — and sources have told ESPN that could be the case in Spain until 2021 — as part of measures put in place to help prevent a second wave of the coronavirus in the country.

“The season will be finished behind closed doors, which brings a series of challenges,” Messi wrote in a column for adidas. “On a group level, the preparation will be the same as for any other game.

“But, individually, having to prepare and get ready mentally to play without fans is a little strange. For any player, maintaining our concentration for when we step on the pitch is fundamental.

“There are people that think that mental strength is 40, 50 or even 60% of our sport. It depends on each player. But I do think it has a huge amount of importance and we work on that aspect more and more all the time as professional sportsmen.”

Messi has experience of playing in an empty Camp Nou. No fans were allowed to enter for the 2017 win over Las Palmas following clashes between civilians and police in Barcelona on the day Catalonia held a unilateral referendum on its independence.

“That was really strange,” Messi added. “But it is normal to restart behind closed doors after everything we have been through. It’s completely comprehensible with everything that is happening in the world.

“When we return to play, it will be like starting again. We’re going to have some time to prepare before the competition restarts and it means we will get some important players back, who were injured. Technically it will be the same season, but I think that teams and players will experience it in a different way.”

Barca, who were two points clear of Real Madrid at the top of La Liga in March when the league was suspended, will play away at Mallorca in their first game back after the coronavirus-enforced break.

Messi said it has not been easy working from home “with so much uncertainty and especially in such exceptional circumstances” but that he is looking forward to getting back out on the pitch. Barca returned to training early in May and since Monday have been able to work in groups of up to 14.

Another consequence of the coronavirus pandemic was the postponement of this summer’s Copa America, which has been moved back to 2021.

“Delaying the Copa America was a huge disappointment but it is the most logical decision,” the Argentina international added. “The Copa was going to be a huge event for me this year and I was so excited to be involved with the tournament once again. It was tough when I found out it had been postponed, but I understood perfectly.”

Messi is still to win anything with Argentina’s senior team, losing three Copa finals and one World Cup final.

Former teammate Lucas Biglia said this week that he hopes Messi can replicate Michael Jordan‘s “Last Dance” by leading Argentina to success in the 2022 Qatar World Cup, when he will be 35.