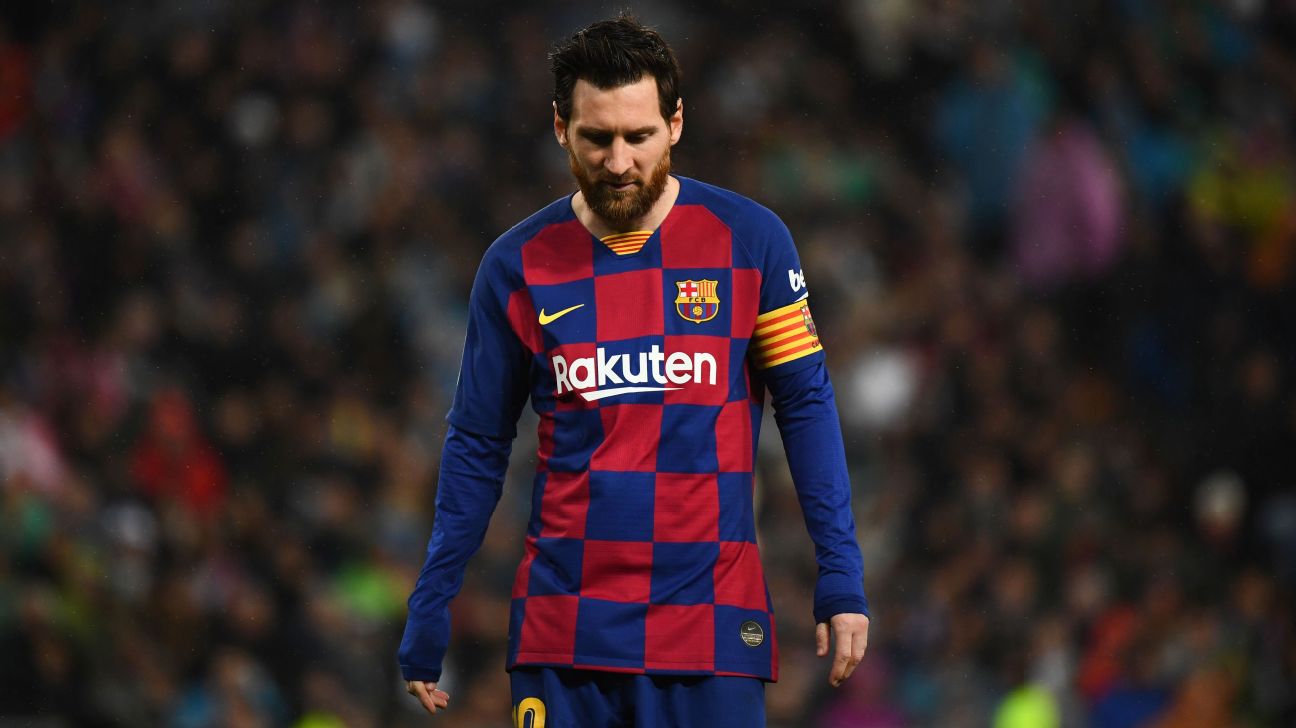 
Barcelona forward Lionel Messi said life and football will never be the same again once it returns following the coronavirus pandemic which has taken almost 400,000 lives across the world.

The Bundesliga in Germany became the first of Europe’s big five leagues to return earlier in May and Spain’s La Liga, England’s Premier League and Italy’s Serie A are all set to restart in June.

Games across all the leagues will be played behind closed doors as one of a number of the consequences caused by the coronavirus crisis, with clubs, competitions and related businesses also facing uncertain futures financially.

“All of us that have experienced this situation will remember what happened in one way or another. In my case, it’s with a feeling of sorrow and frustration for those that have suffered the most due to the loss of loved ones.

“I am sure that football and sport, in general, will be affected. Financially, because there are companies linked with the world of sport that will maybe experience some difficulties because of the coronavirus.

“But also professionally, because with the return to training and competing, what was normal before now is going to be different. It will be a strange situation for us as athletes but also for anyone that has to change their usual work dynamic.”

Messi donated more than €1 million to hospitals and charities fighting the coronavirus, both in Catalonia, where he has lived since joining Barca as a teenager, and in his native Argentina.

“I am grateful to all of the people that are fighting to beat this virus in hospitals, health centres and care homes,” he added. “Nearly all of us have doubts about how the world will be after everything that’s happened.

“Beyond the lockdown measures and the whole situation, which caught us by surprise, many people have had a really tough time because they’ve been directly affected.

“People have lost family and friends and were not even able to say goodbye. There have been a lot of negatives to come from this crisis, but I don’t think there’s anything worse than losing your loved ones. That, for me, is hugely frustrating and unfair.”

Messi and Barcelona have been back in work for almost a month. They began with individual sessions earlier in May and from Monday have been given permission by the Spanish government to return to full training.

Spain has suffered one of the worst coronavirus outbreaks in Europe, with the registered death toll at almost 30,000 as of Sunday, but the numbers have dropped dramatically in recent days. On Saturday, there were just four more deaths reported.

La Liga, therefore, has been able to move ahead with plans to resume on June 11, when Sevilla will play Real Betis. Barca’s first game back will be away against Mallorca, with a source having told ESPN it’s likely to be played on June 15.