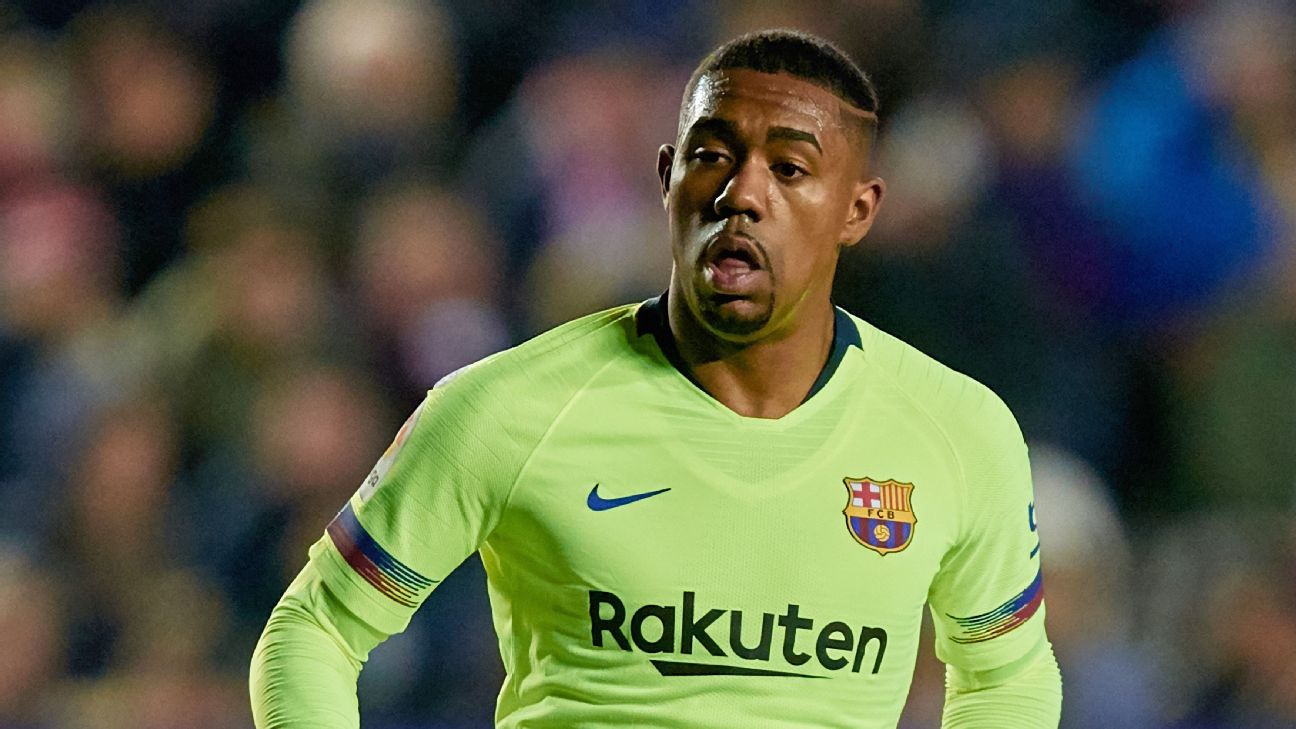 
Barcelona are ready let Malcom go in January if they receive an offer which betters the €41 million they paid for the Brazilian forward last summer, sources have told ESPN FC.

Malcom, 21, was set to join Serie A side Roma from Bordeaux until Barca swooped in with an eleventh-hour bid to take him to Camp Nou. However, coach Ernesto Valverde appeared to suggest he didn’t want the player by labelling him “a signing made by the club.”

Since then, Valverde has offered Malcom very few opportunities to prove himself at Barcelona. He has made just 10 appearances in all competitions, with six of them coming as a substitute.

His last appearance came in last week’s 2-1 loss to Levante in the Copa del Rey, when he was taken off in the second half after missing a one-on-one earlier in the game.

Valverde has not picked him since and he was a surprise exclusion from Barca’s squad for Thursday’s second leg against Levante, with the Catalans needing to come from behind to reach the quarterfinals of a competition they have won in each of the last four seasons.

Even Denis Suarez — who is pushing for a move to Arsenal — has been included in the 18-man squad. Valverde is campaigning for the midfielder to stay.

However, Valverde’s reluctance to take a similar stance on Malcom means the club are willing to sell before his value starts to decrease.

Before moving to Barca, Malcom drew interest from a range of English and Italian sides, including Roma, Tottenham and Arsenal. Guangzhou Evergrande of the Chinese Super League are also mooted as potential suitors.

Sources close to Malcom have always maintained to ESPN FC that the winger wants to stay put but they are now finally admitting that he may have to leave this month.

“I think he could leave [in January], yes,” a source told ESPN FC. “But it depends on Barcelona.”

There are no complaints from Barca about Malcom’s attitude. Despite various setbacks — he has been omitted from various match day squads and has suffered two hamstring injuries — he has never complained and has always prioritised working hard to earn his place in the side.

Things looked to have turned around when he scored against Inter Milan in the Champions League in November, but an injury sustained soon after in a cup game set him back once again.

Moving to Barca last summer was a dream come true for Malcom, but circumstances may have to force him to reconsider his next move if the La Liga leaders receive an offer which matches their asking price this month. A move to China could even happen up until the end of February.