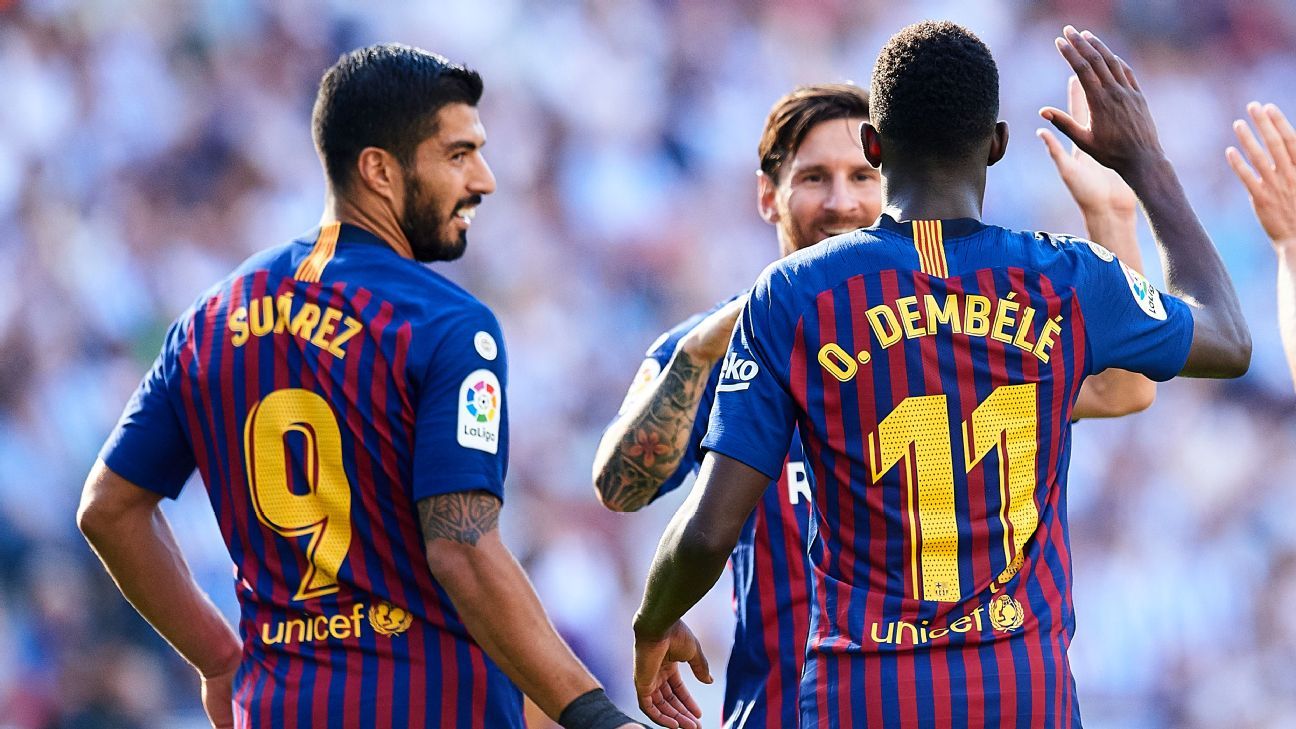 
Barcelona forward Luis Suarez has warned teammate Ousmane Dembele that he has to focus on football if he wants to make it at the top level.

Dembele, 21, was dropped from the Barca squad before the international break after failing to turn up for training. The club later announced that he had a stomach bug but it provided the platform for a slew of stories about his lifestyle away from the pitch.

Sources confirmed to ESPN FC last month that Barca are concerned about some of his bad habits, mainly his poor punctuality and diet.

AS reported on Monday that the club are also worried about his computer game habit, while Sport commented on the company he keeps.

“I think it’s a privilege to be a footballer,” Suarez said in a news conference ahead of Uruguay’s game against France in Paris when asked about Dembele. “I think he should focus solely on football and be inspired by some of the examples of professionalism that there are in the Barca dressing room.

“He has to be more responsible in some aspects [of his life], but he deserves to be here [at Barca]. He’s adapted well to the dressing room, his relationship with his teammates is good and he’s always happy.”

Even France coach Didier Deschamps has confirmed that Dembele has a tendency to turn up late.

Dembele’s agents, Moussa Sissoko and Marco Lichtsteiner, met with Barca officials earlier this week. As well as discussing the issues, they also asked the club for the leaks to stop.

Despite the various incidents, sources have told ESPN FC that Barcelona still plan to stick by the hugely talented Dembele.

General manager Pep Segura said there is “no problem” with the club’s second most expensive signing ever and has pledged to help him through his ongoing adaption process.