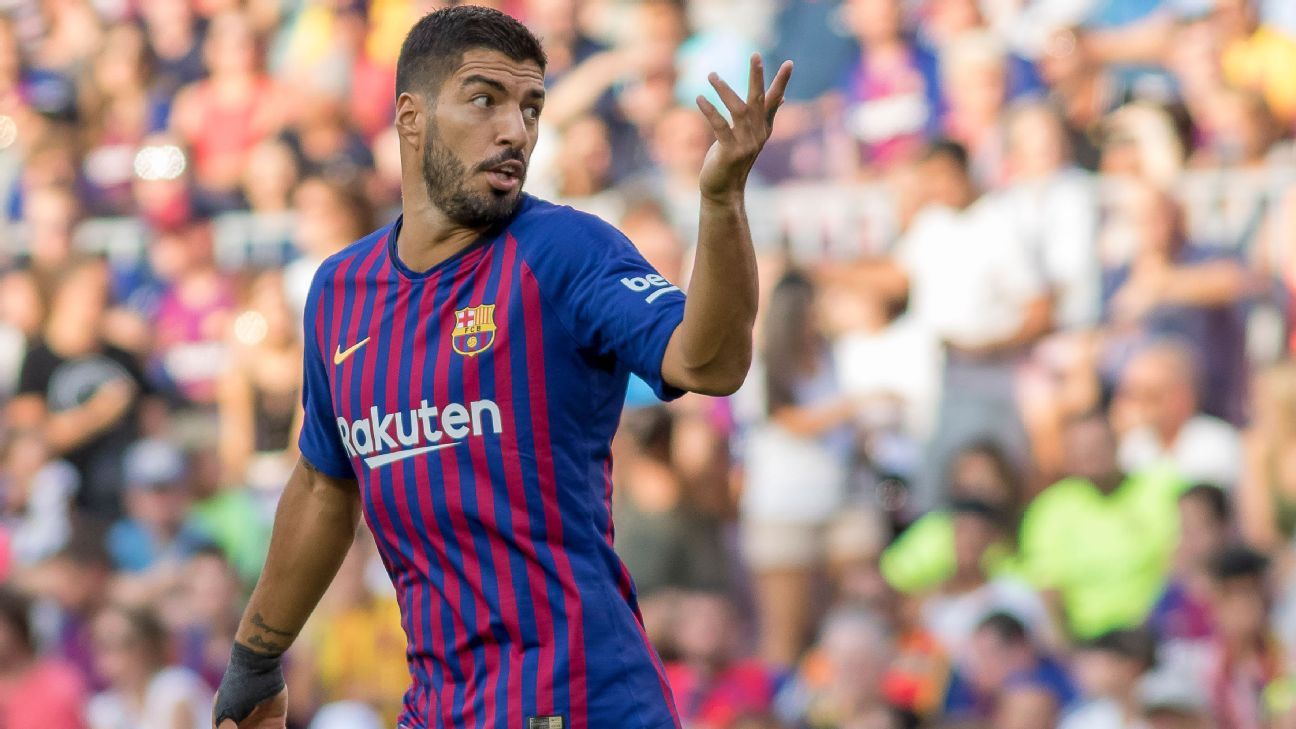 
BARCELONA — Luis Suarez is fit to start Barcelona’s league game against Valencia on Sunday despite concerns over a knee injury.

The striker has confirmed he will seek treatment on the problem during the international break, although the main reason he’s not joining up with Uruguay is because his wife is expecting the couple’s third child.

Barca coach Valverde said it was important to take care of Suarez but confirmed he will be available for selection at Mestalla this weekend.

“[Suarez] will train on Saturday,” he said in a news conference. “He didn’t train on Friday as part of his recovery work from the Tottenham game.

“But we’re counting on him. He’s part of our plans and the idea is that he plays on Sunday. I don’t know what’s happening with [Uruguay], but he is someone we need to look after, of course.”

Valverde also said he has not heard from Arturo Vidal personally that the Chile international is frustrated with his lack of game time at Barca.

After coming on for the final three minutes of the Champions League win over Tottenham Hotspur on Wednesday, Vidal posted an angry emoji on Instagram.

It was deemed by the Catalan press to be a sign of the midfielder’s discontent at his current predicament at the club[, but Valverde has tried to make light of the situation.

“We all know we play as a team,” the coach said when asked about Vidal’s post on social media. “I don’t know what players put on social media, but Vidal has not said anything to me.

“I don’t know if he’s angry about the game or if [the emoji] is to do with an accident at home. I have no idea.”

Vidal, 31, had just returned from a four-month injury layoff when he joined the La Liga champions from Bayern Munich for €20 million in the summer.

However, he was deemed fit to feature as a late substitute in the Spanish Super Cup against Sevilla in August and then played 90 minutes in the friendly win over Boca Juniors three days later.

The midfielder has started just two games since then, though, against Girona and Athletic Bilbao, and he was taken off before the hour mark on both occasions.

His appearance off the bench against Spurs in midweek was his seventh as a substitute this season and he will be hoping to play from the off against Valencia on Sunday.

It took a late Jordi Alba equaliser for Barca to rescue a point against an unbeaten Valencia side at the Mestalla last season but this year’s game falls in different circumstances.

Valencia find themselves in the bottom half of the table having won just one of their opening seven games, but Valverde still anticipates a difficult game.

“It’s true they haven’t started as well as last season but you can see their identity in the way they play,” he said. “They are still very similar to last season.

“The games against Valencia last season were very difficult. It was tough at Mestalla, getting a draw in the end, and we suffered until the end at home as well.”