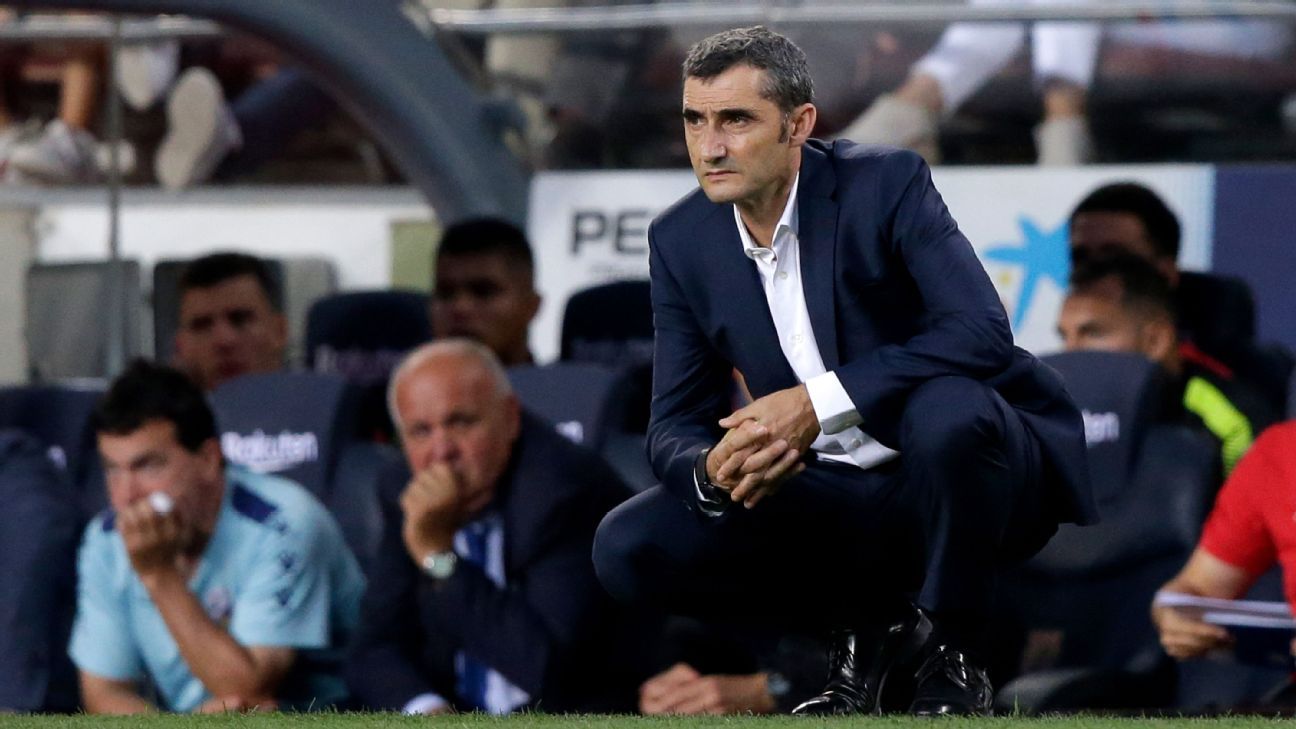 
BARCELONA — Luis Suarez and Sergi Roberto are fit for Barcelona’s triple-header against Sevilla, Inter Milan and Real Madrid this week but they still have problems in the middle of defence.

Samuel Umtiti remains sidelined for the foreseeable future with a knee problem, while Thomas Vermaelen will miss the next six weeks with a hamstring injury picked up on international duty with Belgium.

That leaves coach Ernesto Valverde with Gerard Pique and Clement Lenglet as his only fit centre-backs as Barca prepare for the biggest week of their season so far.

Following four winless games in La Liga, which has seen them relinquish top spot, they return to action on Saturday at home to league leaders Sevilla. Inter are then due at Camp Nou on Wednesday ahead of next Sunday’s Clasico.

“I think Sergi [Roberto] and Suarez will both be available this weekend,” Valverde said in a news conference on Friday.

“But [Umtiti] is still in a recovery process. He needs training to strengthen the muscle, so he has fewer problems [in the future]. We hope he’s back with us soon, but I can’t say when because I am not a doctor.”

Suarez and Roberto have benefitted from the international break. The former didn’t join up with the Uruguay squad, instead staying in Barcelona to work on a knee injury, while the latter returned to training this week from a back problem.

Pique is also free of international duty since retiring in the summer but he has put in more air miles than any other player during the last week. The defender travelled to China to watch the Shanghai Masters and then to Madrid to launch his new revamped version of tennis’ Davis Cup.

His journeys come at a time when Barca are struggling in defence — they have conceded nine goals in eight league games — and have provoked complaints in the local media over his commitment to the club’s cause.

“The issue with Pique, the journeys and all that, it doesn’t worry me,” Valverde said. “The only thing that irritates me about him is that he had a brilliant idea [the Davis Cup] and it didn’t occur to me. That’ s the only thing, other than that, there’s no problem with him. He’s 100 percent.”

With only Pique and Lenglet available in the middle of defence, Valverde has been forced to look for reinforcements elsewhere. He says B team players Chumi and Oriol Busquets are options, while Sergio Busquets could also play there in an emergency.

Valverde also said he has spoken with Arturo Vidal after the player took to social media to express his dissatisfaction at a lack of minutes since joining from Bayern Munich in the summer.

“The idea is to solve any problems we have inside the dressing room, not outside, and we will keep things that way,” the coach said. “But, yes, I have spoken with Arturo Vidal, of course, but I won’t detail about what. We try to deal with things this way so there’s not so much drama generated, as there has been in the last few weeks.”