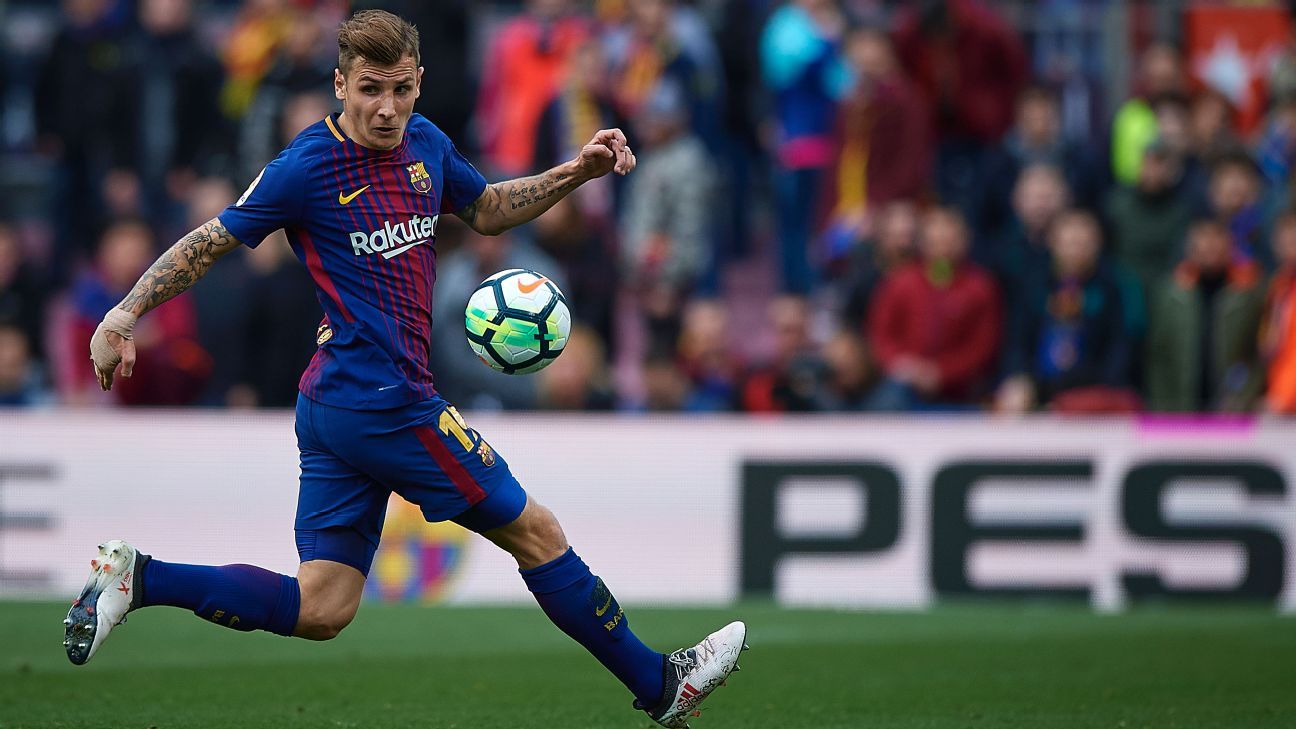 
Lucas Digne will be out for three weeks after injuring his thigh while on international duty with France, Barcelona have confirmed.

Digne, 24, picked up in the injury during France’s 3-2 loss to Colombia on Friday but remained with the squad for the 3-1 win over Russia on Tuesday.

The left-back returned to Barcelona on Wednesday and underwent tests to confirm the extent of the problem.

Despite making just 18 appearances this season in all competitions, Digne was expected to feature in the coming weeks with Barca facing a potential nine games between now and the end of April if they progress in the Champions League.

Ernesto Valverde’s side kick off a busy run of fixtures against Sevilla at the Sanchez Pizjuan on Saturday.

They then start April with the first leg of their Champions League quarterfinal against Roma.

Jordi Alba, therefore, is now Barca’s only fit left-back, with Barcelona B defender Marc Cucurella a possible option if Valverde feels the need to rotate.

Meanwhile, Lionel Messi completed the first half of Thursday’s training session. The club will make a decision on his availability for the game against Sevilla on Friday after he returned from international duty with a hamstring injury.

Nelson Semedo and Denis Suarez are back in training and Sergio Busquets is making progress after breaking a bone in his foot against Chelsea earlier this month.