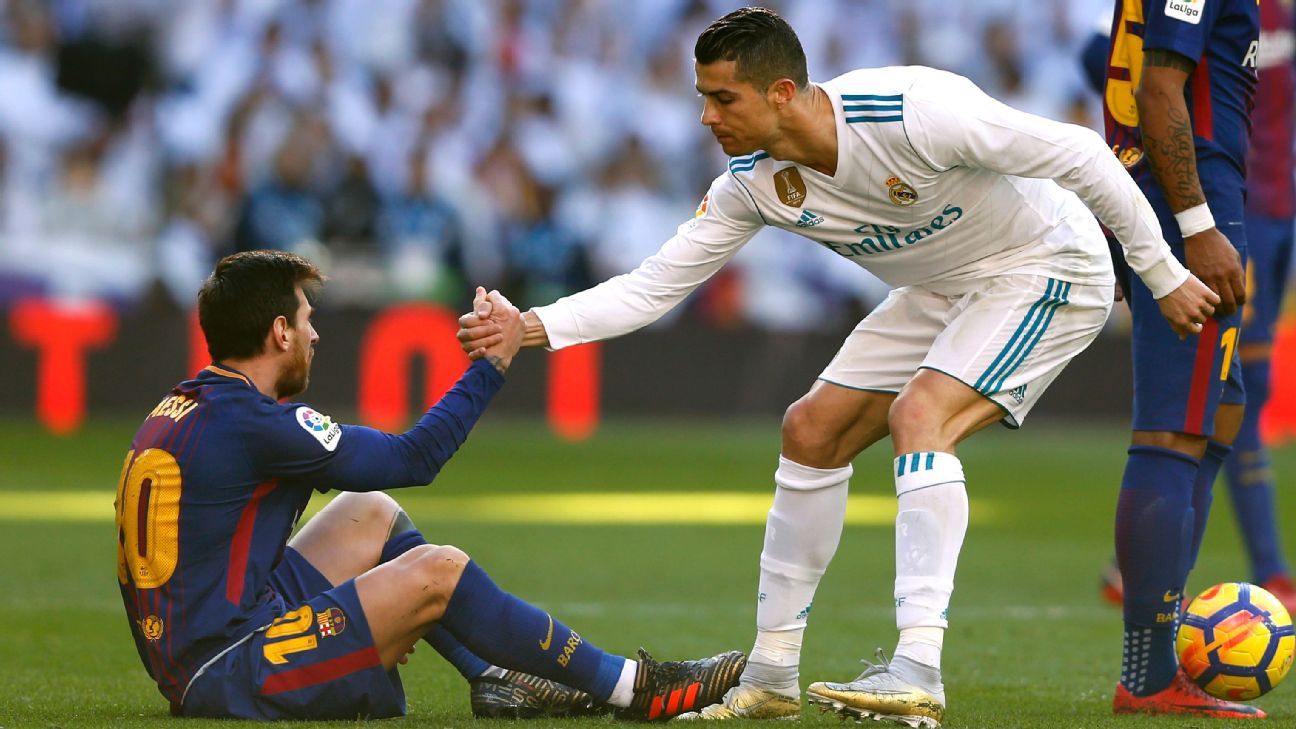 
Lionel Messi was surprised by Cristiano Ronaldo’s decision to leave Real Madrid for Juventus and says the European champions won’t be as strong a team after losing the Portuguese forward.

Ronaldo, 33, joined Juve in July for €100 million after spending the best part of the last nine years competing with Barcelona’s Messi for collective and individual glory in Spain.

Without Ronaldo, Madrid lost the European Super Cup to Atletico Madrid although they have made a strong start to the new league season, winning their first three games comfortably under new coach Julen Lopetegui.

However, Messi believes they’re a poorer side without Ronaldo and expects Juve to greatly benefit from the deal in Europe this season.

“Real Madrid are one of the best teams in the world and they have a great squad [but] it’s evident that the absence of Ronaldo makes them less good and makes Juventus [one of the] clear favourites to win the Champions League,” Messi told Catalunya Radio.

“It surprised me [when he left]. I didn’t imagine him leaving Madrid or joining Juventus. There were a lot of teams that wanted him. It surprised me, but he has gone to a very good team.”

Ronaldo has won the Champions League in four of the last five years as a Madrid player, but Messi hopes his run comes to an end in Italy after making European success Barca’s top priority this season.

“It’s time [to win it again],” added Messi, who has won the competition four times with Barca, but not since 2015.

“We have been knocked out in the quarterfinals in the last three seasons. Last season’s result in Rome hurt especially, but we have a spectacular squad and we can fight for it [this season].”

Barca’s squad has been boosted by the arrival of four new signings — Arthur Melo, Clement Lenglet, Malcom and Arturo Vidal — and Messi has been particularly impressed with Brazilian midfielder Arthur, who reminds him of Xavi Hernandez.

“I didn’t know much about Arthur before [he joined], but he’s really similar to Xavi,” he said.

“He’s really safe and reliable [on the ball]. He has the style of a player that’s come through La Masia. He plays well over short distances, he doesn’t lose the ball… He’s got to grips really quickly with the team’s dynamic.”

Messi also spoke about the changing landscape of football, with Chelsea, Paris Saint-Germain and Manchester City able to break into the elite in recent years thanks to foreign investment.

PSG made a big statement last summer when they snatched Neymar from Barca in a world record €222 million deal and Messi believes the finances involved in the game these days have changed how players act.

“There are clubs now with a lot of money and players move for that reason,” he said. “Whenever the most money is, that’s where they end up going. Things have changed and now the owners of clubs are multi-millionaires.

“Before, everyone wanted to play for Barca or Madrid, who were the best, but now everything’s tighter and there’s not much of a difference between the teams in Manchester, PSG, Madrid, us, Bayern [Munich], the Italians…”

Messi has had plenty of lucrative offers to leave Barca in the past, but stressed that he’s happy where he is having signed a new four-year contract at Camp Nou in 2021, when he will be 34.

“I am just thinking about the years that I can keep playing,” he said when asked about what plans he has for retirement.

“When the moment comes, I will decide. I want to finish the contract I have and then we will see if I continue or not. It doesn’t worry me right now. [But] the club can be calm [when I am gone] if they keep bringing players through the academy and making good signings.”