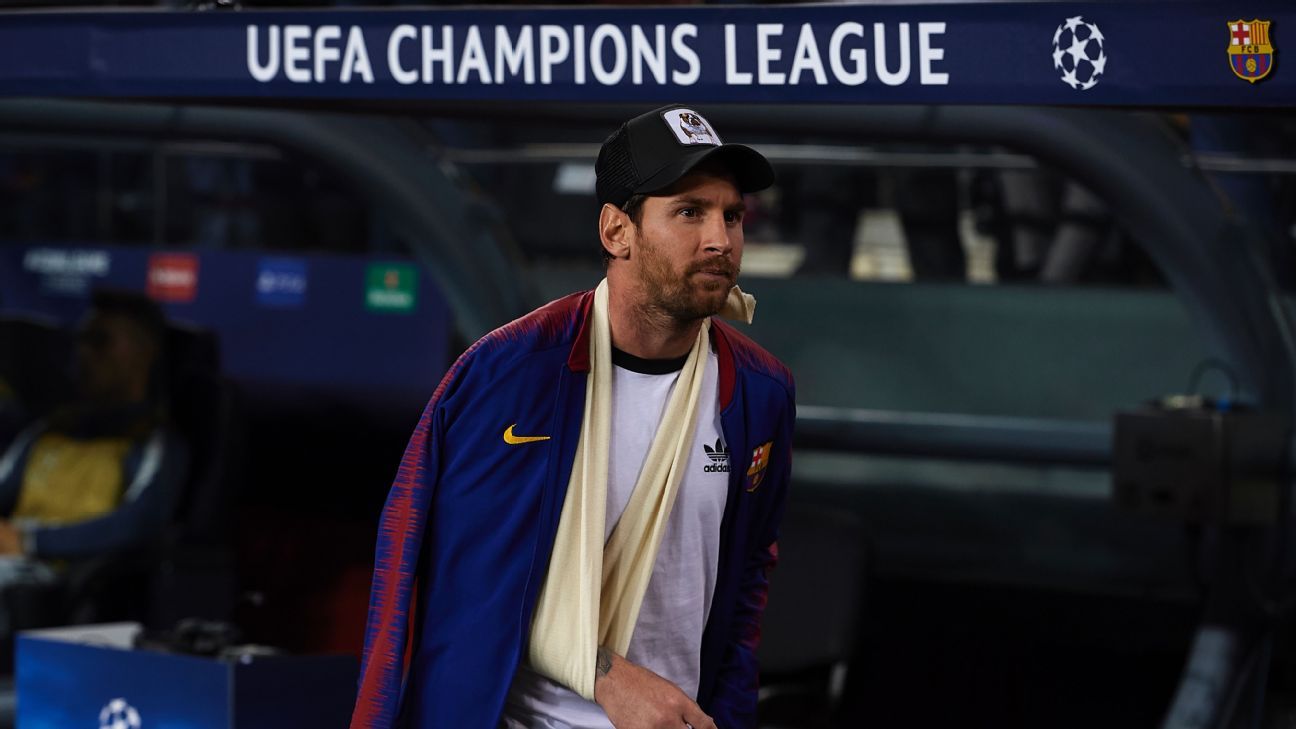 
Barcelona superstar Lionel Messi was not included in the squad to face Inter Milan in their Champions League group match on Tuesday.

Messi, 31, has not played since breaking a bone in his arm in a win over Sevilla on Oct. 20.

He was initially ruled out for three weeks but returned to training after 10 days and was said to be in contention to play against Italians.

Messi was among the travelling party that flew to Milan on Monday and trained at the San Siro with his teammates later in the day.

However, the five-time Ballon d’Or winner was not on Ernesto Valverde’s 18-man squad when it was released prior to the match.

FIFA’s biennial World Cup proposal may be flawed, but it would address inequality among soccer nations
FIFA row has done ‘irreversible damage’ to clubs
Jaap Stam leaves FC Cincinnati with club struggling in Eastern Conference
Real Madrid’s Karim Benzema is getting better and making a case to be the best in the world
PSG’s Lionel Messi again out with injury, doubtful for Man City clash