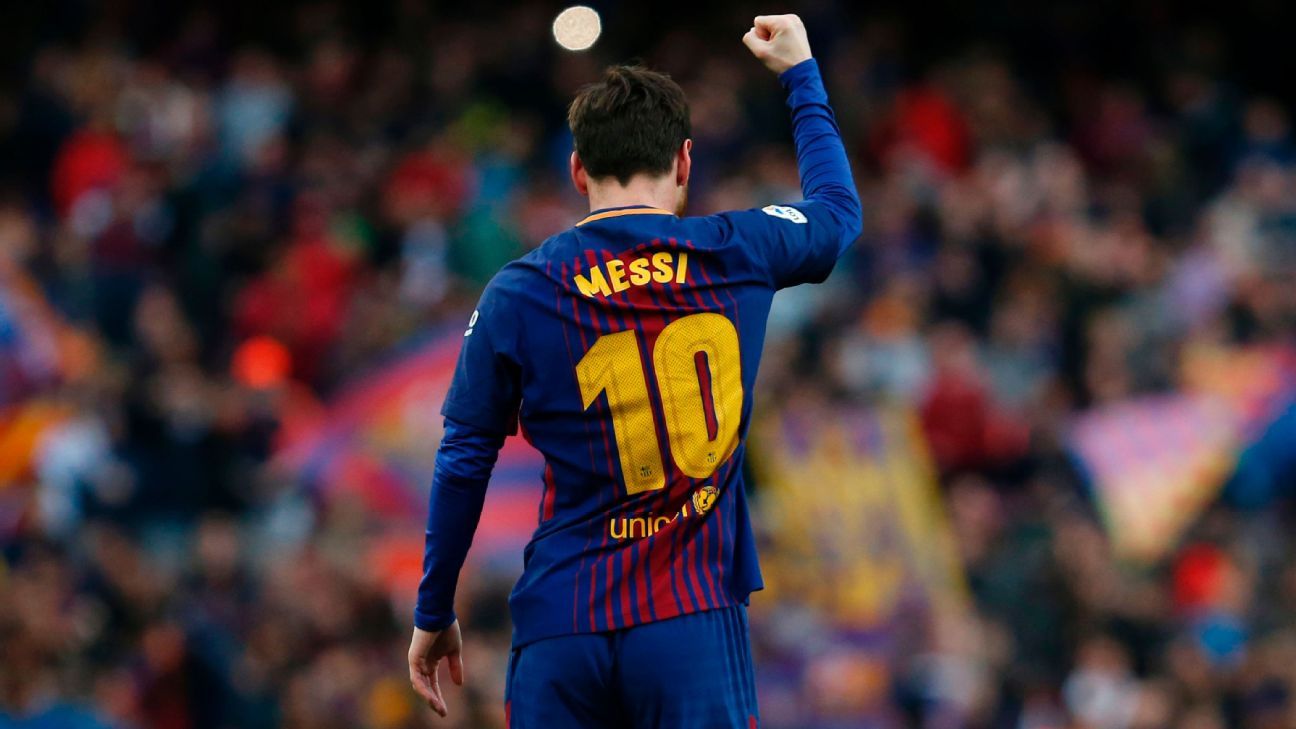 Messi’s moment of inspiration earned Barca a 1-0 victory over second-placed Atleti at the Camp Nou and put them eight points clear with 11 games left — an advantage never overturned in the history of La Liga.

Speaking to beIN SPORTS, Gimenez said there had been nothing Atletico could do about the winner.

“Messi is from another planet,” he said. “He scored a golazo from a free kick. There is nothing to reproach our team for.”

Uruguay international Gimenez added that he felt his team had sat back too much during a first 45 minutes dominated by Barcelona.

“What we lacked was to start the first half as we started the second,” he said. “If we had done that, the game would have been different.

“More than anything, it was attitude — in the first half, they were all over us. I wish we had a time machine and could begin the first half like the second when the attitude was different and we went for the game.”

“In the first half Barcelona dominated,” he said. “We tried to press up top, but we did not get there. In the second half, just the opposite. More intense.

“Neither of the teams had clear chances. The difference was Messi, [who] decided the game with one great moment. In the second half we were better, but it did not come for us.”