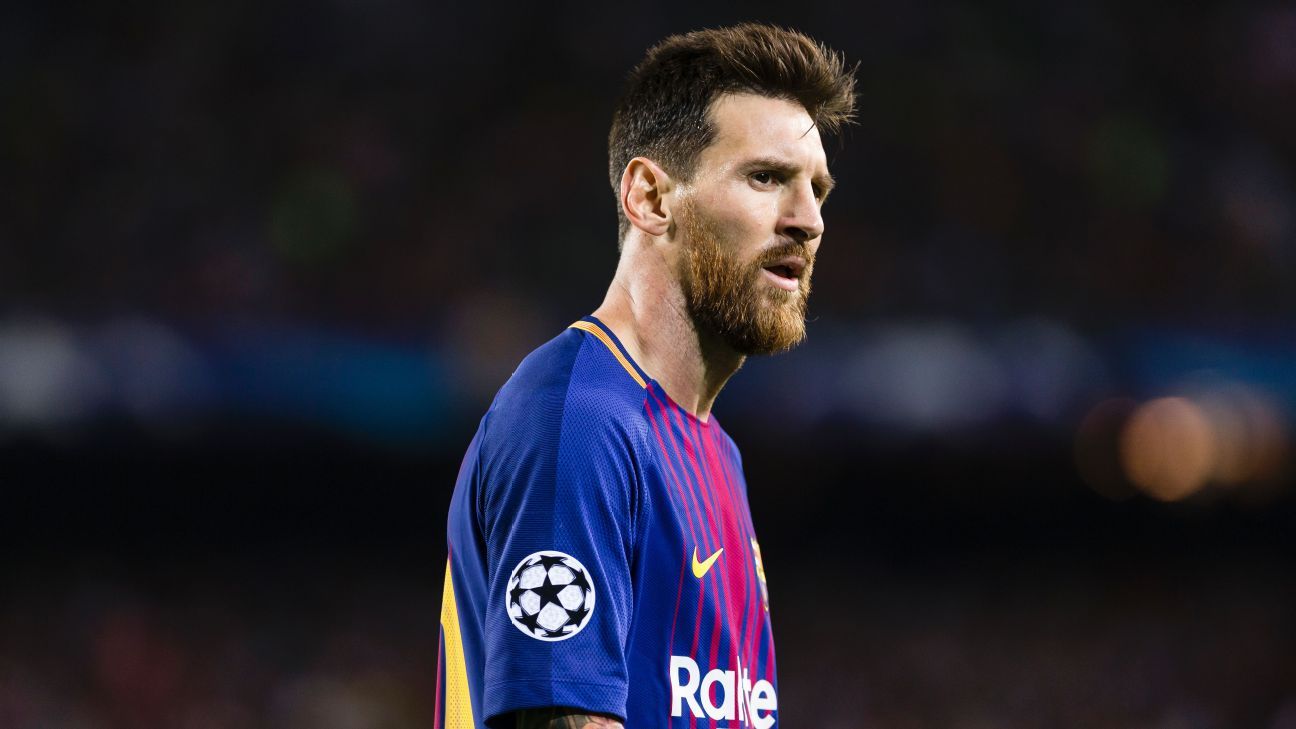 
Former Barcelona midfielder Xavi Hernandez has told Sport that ex-teammate Lionel Messi gets “pissed off” when he is not involved in a game.

Xavi no longer lines up alongside the Argentina captain, having left Barca for Qatari club Al Sadd in 2015, but says the key to keeping him on song is to give him the ball.

“Barcelona and the Argentine national team cannot afford to allow 10 minutes to pass in a game without Leo Messi touching the ball,” Xavi said.

“Leo Messi has to be involved in the game. He has to be where things are happening, where the ball is. In addition, he’s going to get pissed off.

“If he doesn’t touch the ball for five minutes, you have to bring him to where the ball is. He has to participate in the play.”

Messi will next be in action when Argentina face Peru in a crucial World Cup qualifier on Thursday night.

Argentina, who reached the 2014 World Cup final, face a battle to reach next summer’s tournament, given they sit outside the automatic qualification spots in fifth with just two games remaining.

Juventus forward Paulo Dybala, also called up to play with Argentina, admitted that he has struggled to find his place on the field with the Barcelona forward.

“It isn’t easy to play with Messi because we play the same,” he told reporters.

On Wednesday, Argentina coach Jorge Sampaoli admitted that as a result, he has no plans to put Messi and Dybala on the field at the same time.

“As there is no time to work the Dybala-Messi relationship and we know that he is at odds with Leo, we should go to something more established and we prefer to count on him in the future,” said Sampaoli.

Sampaoli, however, said he didn’t think it meant that the two players would not get along.

“I don’t see as something bad what Dybala said,” the coach said. “He said that he was happy to play with Messi, but he just did not find his place. He said what he felt about playing side by side with the best player in the world. That it’s not very easy to know the position when you are in an attack with someone with the intelligence that Lionel has. I do not think that this quote was as bad as everyone has tried to make it out to be.

“Leo [Messi] needs to move in the field normally as he does with his club,” Sampaoli said. “To invent a position so as he can develop a system or to structure him, that would be crazy.

“When we use 4-2-3-1 formation he is even further forward, always near the box. Being away from the box puts our best player far from the scoring positions and that is what he does best in his club. “It is my job to make him understand that he is vital in the finishing, in the last third of the pitch.”

Xavi, meanwhile, said he thought Argentina would come through in qualifying.

“I think Argentina are capable of winning the World Cup next year,” Xavi said. “It’s true they’re in a difficult situation in South American qualifying, but we can all agree that if they qualify for the World Cup they will be one of the favourites.

“Because of the players they have and because I think they’ve got it right with the new manager [Jorge Sampaoli]. Everyone in Spain rates Sampaoli.”