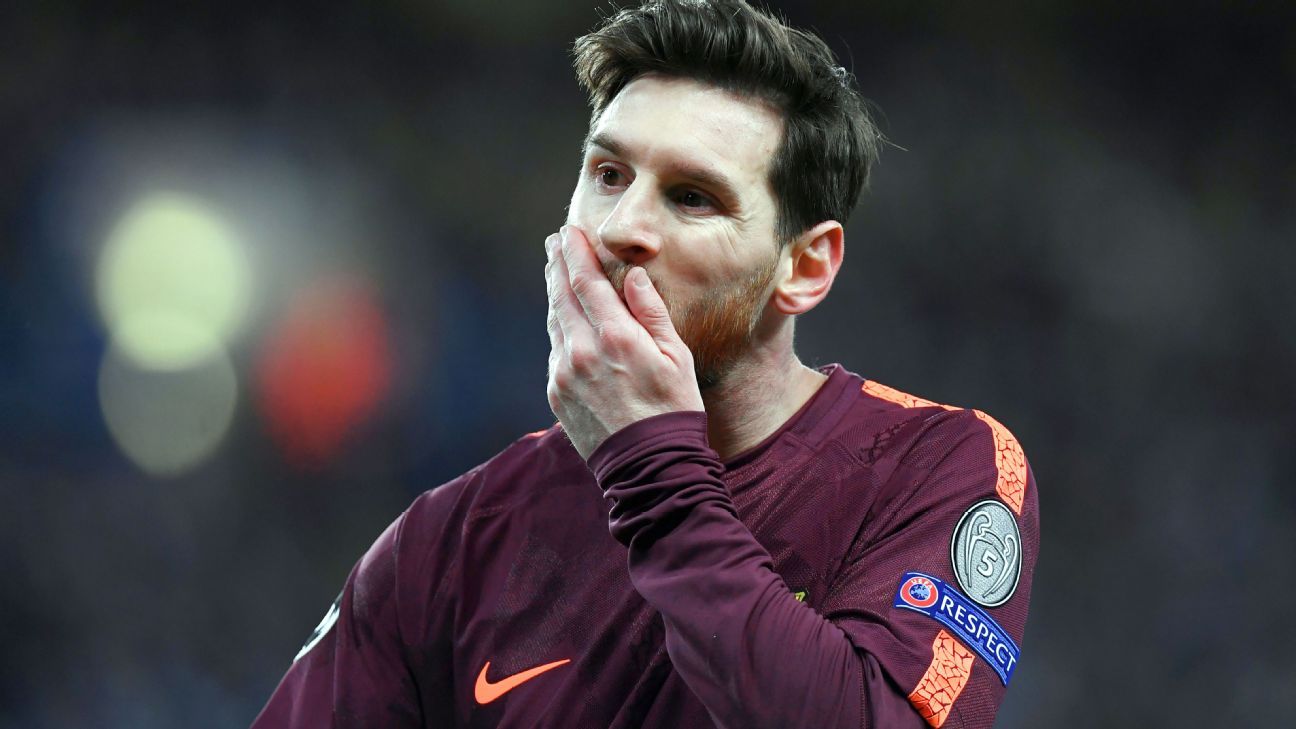 
Lionel Messi has revealed the reason he no longer gets sick and vomits on the pitch during games: a simple change in his diet.

The Barcelona forward admitted in 2014 that it happened to him “all the time” after vomiting while playing an international friendly with Argentina.

“I ate badly for many years: chocolates, fizzy drinks, and everything,” Messi told La Cornisa TV. “That is what made me throw up during games. Now I look after myself better. I eat fish, meat, salads. Everything is organised and taken care of.”

There had been concerns that Messi, a five-time Ballon d’Or winner, might have an illness, or was suffering from stress.

“I’ve learned to live the way I do, to be myself because at the end of the day it’s easier to do it that way,” the 30-year-old added. “I don’t think too much about how I have to act because of constantly being watched. I’m aware that whenever I speak there are many people that listen, that there are repercussions. I always try to think about what I say in order not to generate controversies.”

Messi also talked about his sons. He welcomed Ciro, his third, earlier this month, but the occasion did not make him emotional.

Messi added that the birth in 2012 of his first son, Thiago, had a profound impact on him and how he viewed wins and losses as a player.

“The arrival of my first son [Thiago] made me open my mind, not to focus solely on my profession, on football,” he said. “Of course I don’t like to draw or lose but I take it differently. There are many important things other than a result.

“In the end it’s a game and everyone wants to win, be a champion and be the best. But at times it’s not possible. You can’t always win and not always the best one wins. I learned that when it’s over, there are other things… being with my children, my wife, my family, the rest is secondary.”