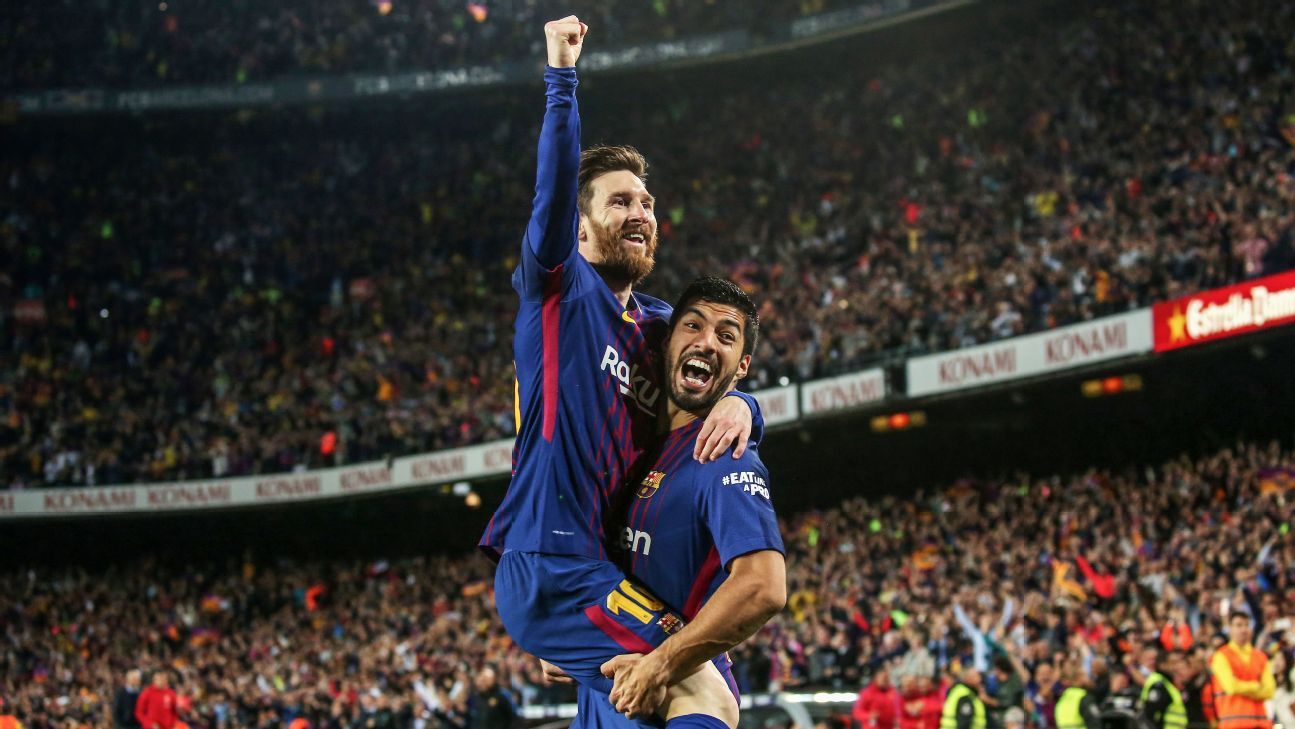 
Luis Suarez and Lionel Messi will both be available when Barcelona return to action this weekend but coach Quique Setien will have to manage their fitness with 11 games coming up in the next six weeks.

Barca resume their title defence on Saturday at Mallorca following an enforced three month break due to the coronavirus pandemic.

Suarez thought he’d said goodbye to the season when he underwent keyhole surgery on his knee in August, but the pause in play has allowed him to recover in time for the run-in.

Setien told a news conference on Friday that it’s “likely” the Uruguayan striker will start against Mallorca, although he said he’s not yet ready for 90 minutes.

“After five months out he is training well but he’s going to need some time to get back to the best Luis Suarez,” the Barca boss said.

Messi, meanwhile, is back in full training after missing three sessions last week with a thigh injury picked up in a clash with a teammate.

“He has been training well,” Setien said of the Argentine. “He’s in perfect shape.”

Asked if 11 games in a short space of time could be too much for him, he added: “Messi knows how to manage himself. If he senses a risk, he will be the first to say he needs a rest.

“Of course, the more certain players are on the pitch, the better. But it’s important to manage any issues because if you let it develop into a problem, you could lose a player for four or five games.”

Barca’s preparations for their first game back have been clouded by Nelson Semedo falling foul of La Liga’s protocol by attending an event with more than 20 people this week.

That breached the regulations drawn up by the league to avoid players contracting coronavirus and meant he had to miss training on Thursday as he waited to be tested. The results subsequently came back negative.

“My decision on whether he plays or not won’t be influenced by what’s happened,” the coach said.

“He was really worried. He wasn’t completely aware of the situation. It was an oversight. He’s apologised to me and to everyone. It was a mistake, nothing more.”

Aside from Clement Lenglet (suspended) and Ousmane Dembele (injured), Barca have a full squad to pick from in Mallorca.

A win would temporarily take them five points clear of Real Madrid, who host Eibar on Sunday.

Setien says the players are in much better shape than expected and that the the break has done them “the world of good” but he acknowledges there’s also a certain amount of “uncertainty” as football resumes behind closed doors in Spain.