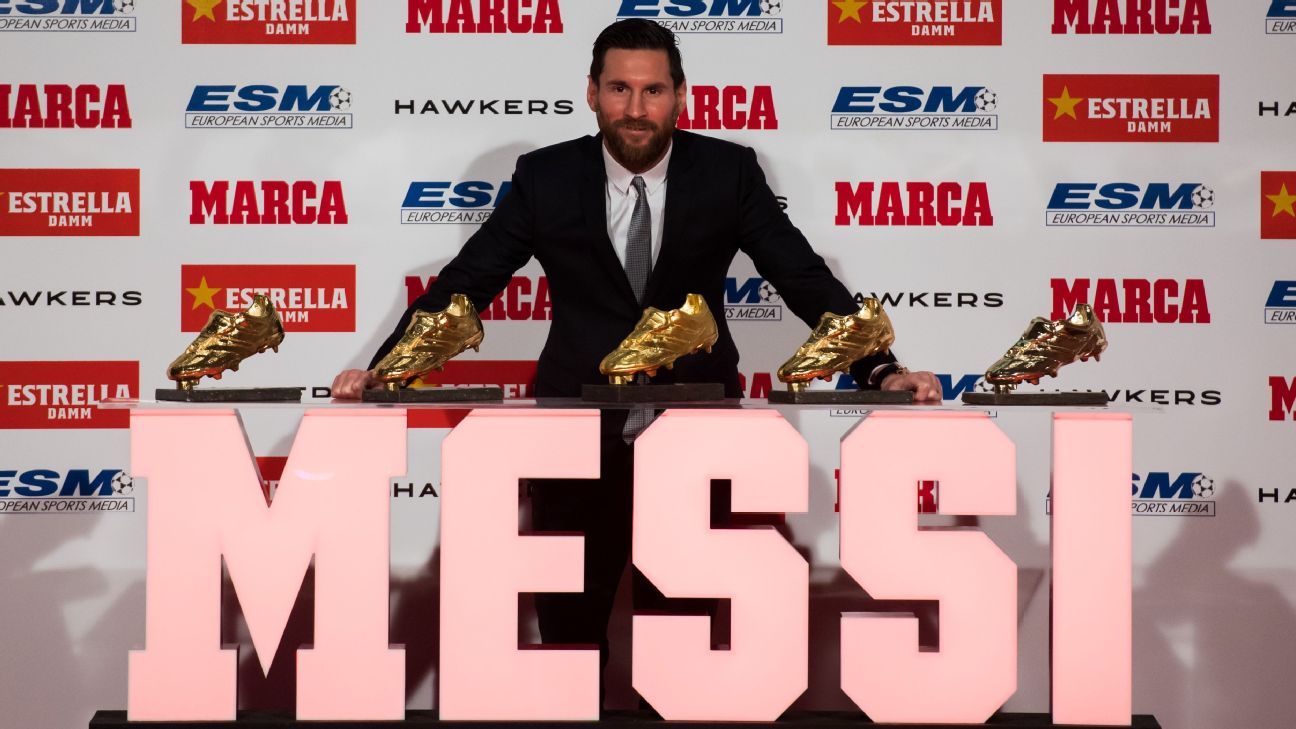 
Lionel Messi said he never expected to have such a successful career after receiving his fifth Golden Shoe on Tuesday, for being the top goalscorer in Europe last season.

The Barcelona forward scored 34 times in La Liga last season to claim his fifth Golden Shoe award, which is one more than Juventus’ Cristiano Ronaldo has won.

Messi pipped Liverpool’s Mohamed Salah to the prize after the Egyptian netted 32 times in the Premier League.

“When I started playing I did not expect all this. My dream was, obviously, to be a professional, but I didn’t imagine so much,” Messi said at a gala in Barcelona on Tuesday.

“This is thanks to hard work and effort and, above all, my teammates. I have the best players in the world in their positions playing beside me and that makes everything easier and lets me win these prizes.”

The forward leads La Liga’s top scorers chart with 14 goals in this campaign, more than any other player in the top five European leagues.