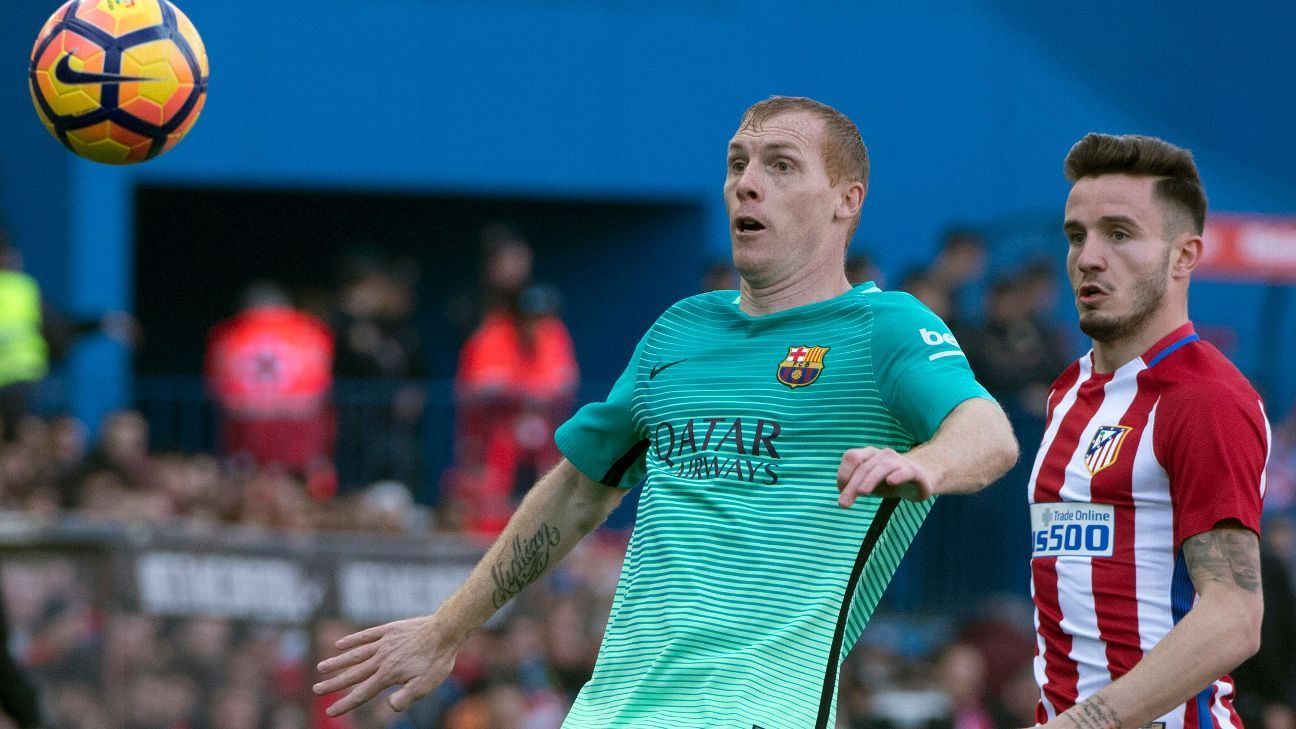 
Barcelona have given defender Jeremy Mathieu permission to train with Sporting Lisbon ahead of a prospective transfer to the Portuguese club.

Mathieu, 33, has a year to run on his contract but sources have told ESPN FC the Catalan club would be prepared to let him leave for free this summer.

Barca return to training on July 12, by which time they hope to have reached an agreement for the centre-back to move to Sporting.

“FC Barcelona has granted permission for defender Jeremy Mathieu to train on a trial basis during his holidays with Sporting Club de Portugal,” a statement on the club’s official website said.

“Once this period is over, the two clubs and the Frenchman will make a decision on the player’s future.”

Mathieu joined Barca from Valencia in 2014 for €20 million and has made 91 appearances for the club.

However, his career has been blighted by injuries in the last 18 months.

He made just 16 appearances in all competitions last season and those injury problems, coupled with Samuel Umtiti’s impressive first season at the club and the signing of Marlon Santos, mean coach Ernesto Valverde is happy to let him leave.