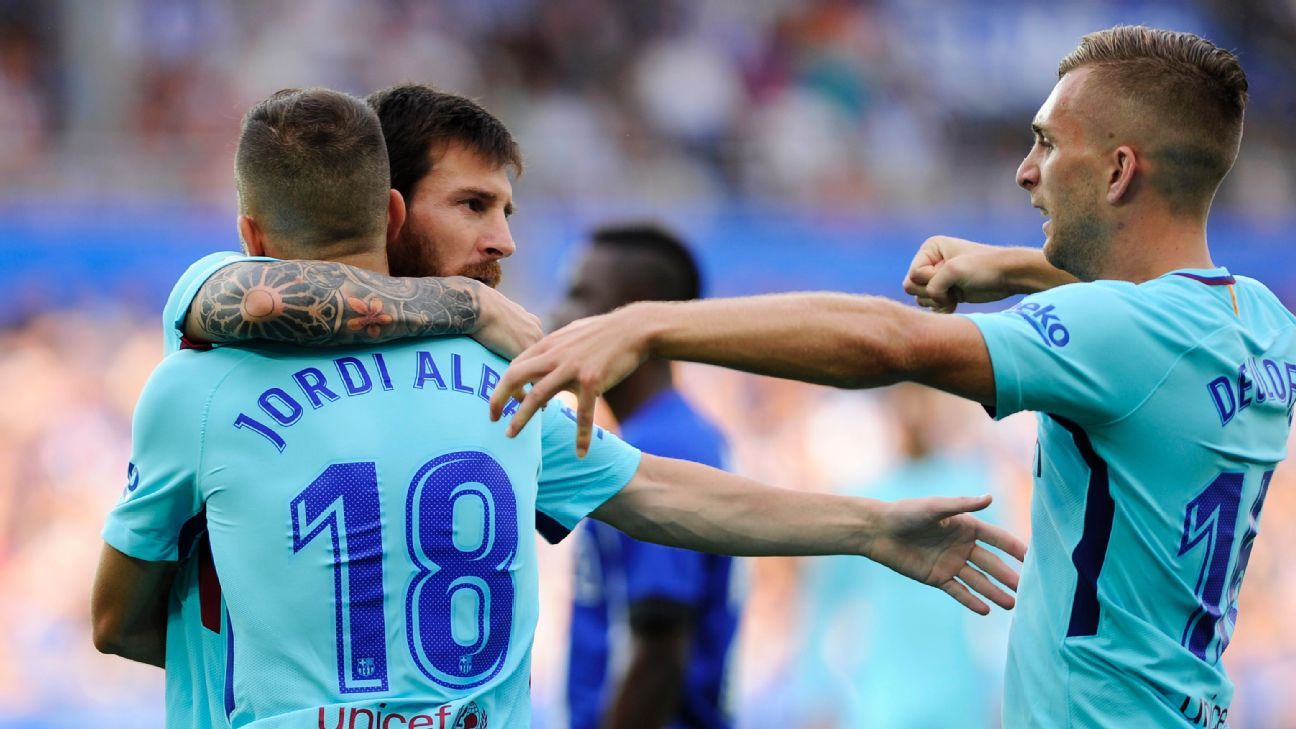 
Ernesto Valverde suggested Barcelona will make more signings before the transfer window closes after watching his side make it two wins from two in La Liga at Alaves on Saturday.

However, they’re still keen to do more business before the end of the month with Liverpool’s Philippe Coutinho, for whom they’ve had three bids rejected, still a target.

“We hope that when Aug. 31 arrives and the transfer market closes we have a more competitive team,” Valverde told a news conference when asked if there would be more arrivals, without giving into names.

“I will work with the players I have got, but we hope to have an even better team and we’re open [to signings] if we have a chance, that’s clear.”

Dembele was not involved on Saturday but he should be available for his new club’s first game after the international break, the Catalan derby against Espanyol at Camp Nou on Sept. 9.

Instead, it was an old face who did the damage in the Basque Country as Lionel Messi scored his 350th and 351st La Liga goals in a 2-0 win having previously missed a first half penalty.

There was also a debut for Paulinho as a second-half substitute as Barca followed up last weekend’s opening day win over Real Betis with another three points.

“We came through a difficult test and we dealt with the difficult moments which came up in the game,” added Valverde.

“It was hard to open the scoring. [Alaves] stuck together and they closed down space well. Even their striker was more aware of what our midfielders were doing than our defenders.

“So we had to display a lot of patience. It was hot, too, but we got the job done and we didn’t give too much away, either.

“There has been a lot of talk about Barca [this month] and it seemed it could affect the team, but we’ve demonstrated today that that’s not the case. We’ve got six points and now we move forward.”