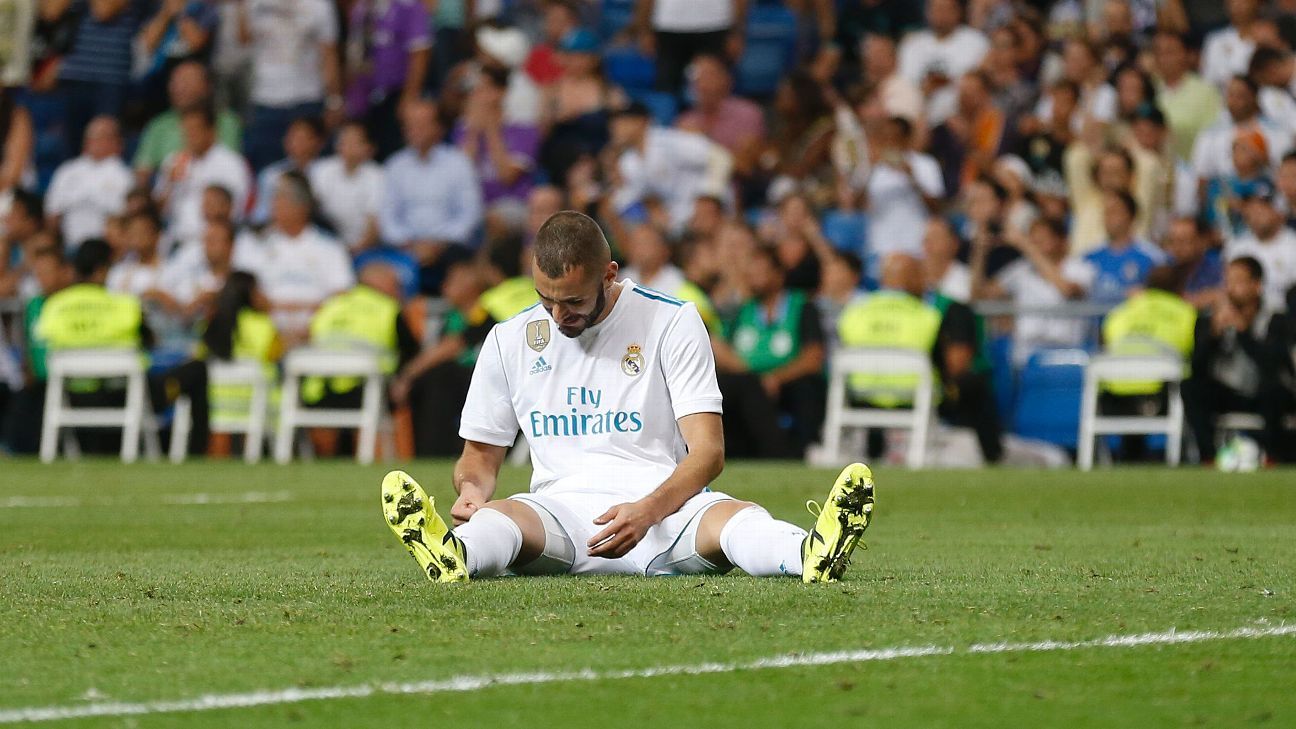 
BARCELONA — Ernesto Valverde is not getting carried away after Barcelona opened up a seven-point lead over Real Madrid in midweek.

A day after Barca had extended their winning start to the season to five games with a 6-1 win against Eibar, Madrid were stunned at home by Real Betis.

Barca, therefore, go into Saturday’s Catalan derby against Girona with the pressure all on Madrid, who play winless Alaves in Vitoria earlier in the day.

“Things can change, what do you want me to say?” Valverde said in a news conference on Friday.

“Madrid in crisis? They’re seven points behind, yes, but Sevilla [are] two [behind], Atletico four…

“I don’t know how clubs deal with each ‘crisis,’ a month ago the same was said about us. There’s always a lot of noise but what I care about is my team.”

Pressed on if he was surprised that Madrid had already dropped points at the Santiago Bernabeu against Valencia, Levante and Betis, Valverde continued: “It’s tough for me to respond to questions about Madrid.

“I didn’t expect [their bad start] but I didn’t not expect it […] I come from the other side of the wall: Either you’re Barca or you’re Madrid.

“I have an eye on all of our rivals … [Madrid] have lost games, but we will lose games as well. Some teams will be in crisis, others will come out of it. Then there will be autumn, winter, spring…”

This weekend’s game at Montilivi is the first top-flight meeting between Barcelona and newly-promoted Girona, two Catalan towns separated by around 100 kilometres.

“It’s a very important game,” Valverde stressed. “It’s a derby; it will be emotional. There is extra motivation for the opposition and we have to be up to the task.

“You know how derbies are. Opponents look at them as a chance to enjoy themselves but also to give everything they have; to fight. It’s a game [Girona] have had marked on the calendar, as have we.

“They have extra motivation at home, with their supporters behind them. They’ve played well in their home games so far so we have to be very careful regardless of the atmosphere around the game.”

Tickets have long since sold out for Girona’s 13,500-seat stadium, and supporters will get the chance to watch the in-form Lionel Messi, whose four goals in midweek took his tally to nine in five league games this season.

“Rotate Messi?” said Valverde, almost in bewilderment. “You don’t normally change a player who has just scored four goals in a game.

“Leo’s numbers show that he’s in top form and we want that to keep that going. He’s decisive. We are seeing something unique, what he does every week … he’s done things people think no one can do and we want him to keep going.”

Luis Suarez is also set to return to the Barca team after being rested in midweek, leaving Valverde without injured duo Ousmane Dembele and Rafinha.