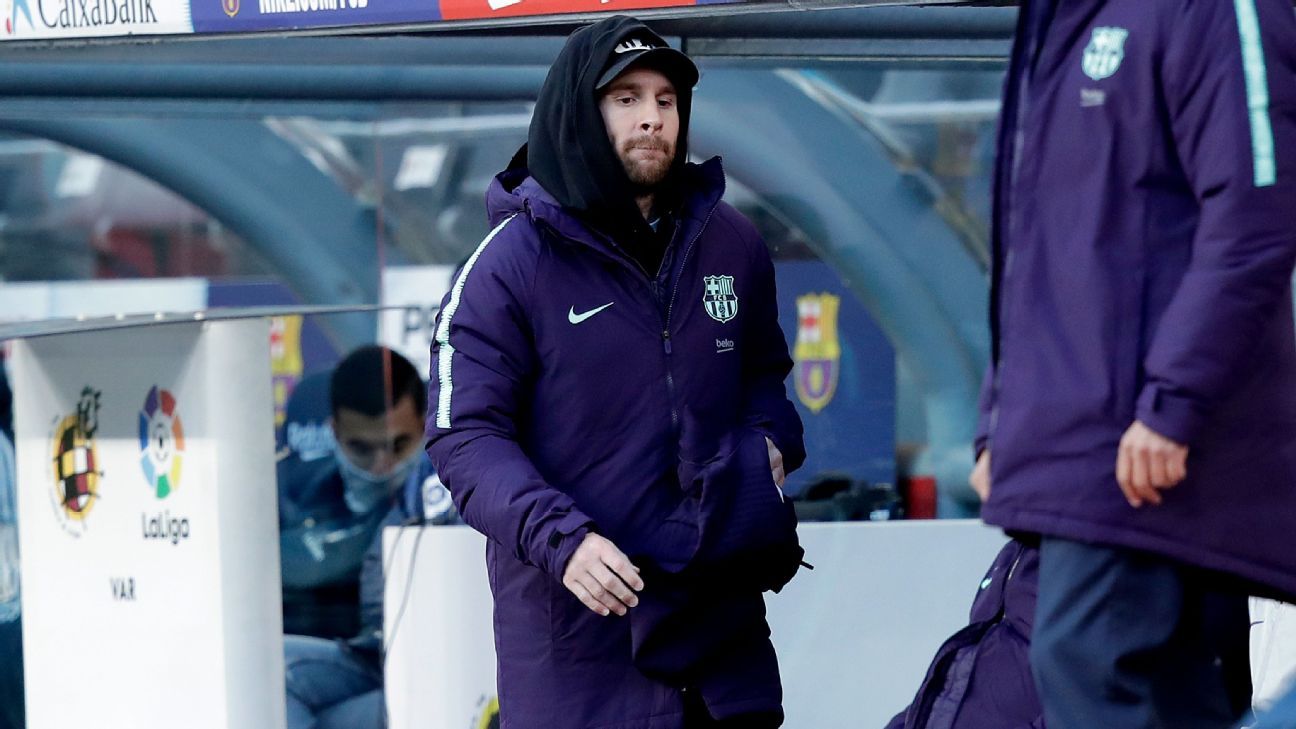 
MILAN — Barcelona will leave it late before deciding on Lionel Messi’s availability for Tuesday’s Champions League match against Inter Milan but coach Ernesto Valverde said he won’t take any risks with the forward’s fitness.

Messi, 31, has not played since breaking a bone in his arm in the win over Sevilla on Oct. 20. He was initially ruled out for three weeks but returned to training after 10 days and is in contention to play against Inter.

He was among the travelling party that flew to Milan on Monday and trained at the San Siro with his teammates later in the day — although he does not yet have the green light from Barca’s medical team to return to competitive action.

“Leo’s at the point where he might be available, but we have to wait until after the training session [on Monday to decide],” Valverde said in a news conference.

“We have to see if he’s OK to play. In terms of his play and his movements, he’s fine, but we have to wait. Of course it’s necessary to get him back as soon as possible — it’s always better if he’s there.

“There are three or four possibilities that we’re studying. One is that he plays from the start, another that he comes on … What we will not do is take any risks.”

Barca have done well without Messi. They have won all three games since he got injured — against Inter and Real Madrid at Camp Nou and away at Rayo Vallecano at the weekend — dispelling the idea they are overly dependent on the Argentine.

However, Inter coach Luciano Spalletti, whose side lost 2-0 at Camp Nou two weeks ago, acknowledged that the La Liga side remain a much more complete outfit with Messi than without him.

“With Messi, Barca’s degree of unpredictability increases but their attitude is the same without him,” he said. “He is obviously the cherry on the cake, the idol for all kids that dream of becoming footballers.”

Barca lead Group B with nine points from three games heading into Tuesday’s fixture in Milan, ahead of Inter (six points), Tottenham (one) and PSV Eindhoven (one).

Despite having that cushion at the top, though, Valverde says his side will still be going all out for the win — a result which would see them qualify for the knockout rounds.

“To be in the position we’re in going into the fourth game is really good,” the coach said. “But I don’t want to get ahead of ourselves too much. We have to prepare for the game well. We would like to win, of course, because [we’ve not qualified] yet.”

Inter will seek hope in Barca’s defensive record. The Catalans have already conceded 14 goals in 12 league games this season, more than 11 other sides in Spain’s top flight.

“We play with a certain amount of risk, as Barca have always done, but we also want the opposition not to score many,” Valverde said when asked if he was concerned about the amount of chances his side are giving up.

“We’re doing worse in that sense this season. We know we have to improve, but the important thing is the goal difference. I also look at the amount of times the opposition create chances. We’re seeing them create very little but be efficient with the chances the do have.”