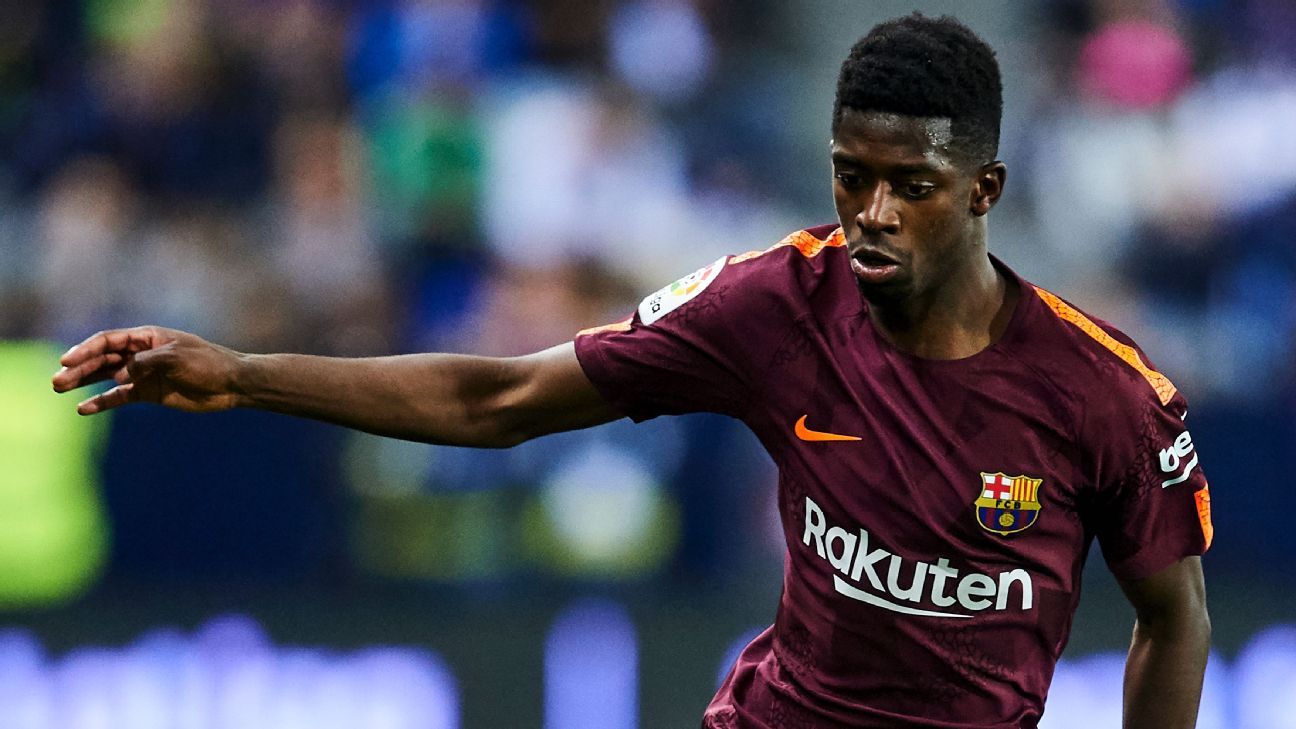 
BARCELONA, Spain — Ernesto Valverde doesn’t know if Ousmane Dembele has offers to leave Barcelona this summer but hopes the France forward will stay.

Dembele, 21, was linked with a move to Arsenal before the transfer window shut in England on Thursday and is reportedly the subject of interest from Paris Saint-Germain as well.

Valverde has always maintained that he wants Dembele, a €105 million from Borussia Dortmund last August, to stay at the club and sources have told ESPN FC that he is not for sale.

However, rumours of PSG’s desire to sign him persist, and while Valverde doesn’t want him to leave he was unable to completely rule it out.

“I don’t know if there’s an option or not or if [he could leave],” Valverde said in a news conference on Saturday, before suggesting such matters are out of his hands.

“I am the coach and I continue to count on him and want him to stay. As the coach, I am not thinking that any players could leave.”

Barca unexpectedly lost Neymar to PSG this time last year and Valverde says if anything similar were to occur this summer, he would hope for more signings.

But, on the whole, he’s happy with the club’s business this summer following the arrivals of Arthur Melo, Clement Lenglet, Malcom and Aleix Vidal and is not targeting any more transfers.

“I am happy with the players we have,” he added. “That said, we’re still open to any opportunities on the market.

“Last year, for example, when we lost a player just before the season we had to [turn to the transfer market]. But I have good players and I am not worried [about more signings]. I have not asked for anyone else.”

Barca’s first game of the season falls on Sunday, when they face Sevilla in the Spanish Super Cup in Morocco in a one-off game, reduced from a two-legged encounter because of scheduling issues.

“Being a one-off game means it will be more open,” Valverde said. “You always get the chance to correct any errors with a second game, but it’s the same for both teams.

“Sevilla have been competing for three weeks [in the Europa League] now and are back in a competitive rhythm. We’re coming into the game on the back of a tour in which we only had part of our squad.

“I’m optimistic, though, because I have seen everyone train. The players are in good shape and look at a good level. [Those that missed the tour] knew they had an important game as soon as they came back and they’ve arrived ready for it.

“We have everyone back now and we’re excited to compete for a title.”