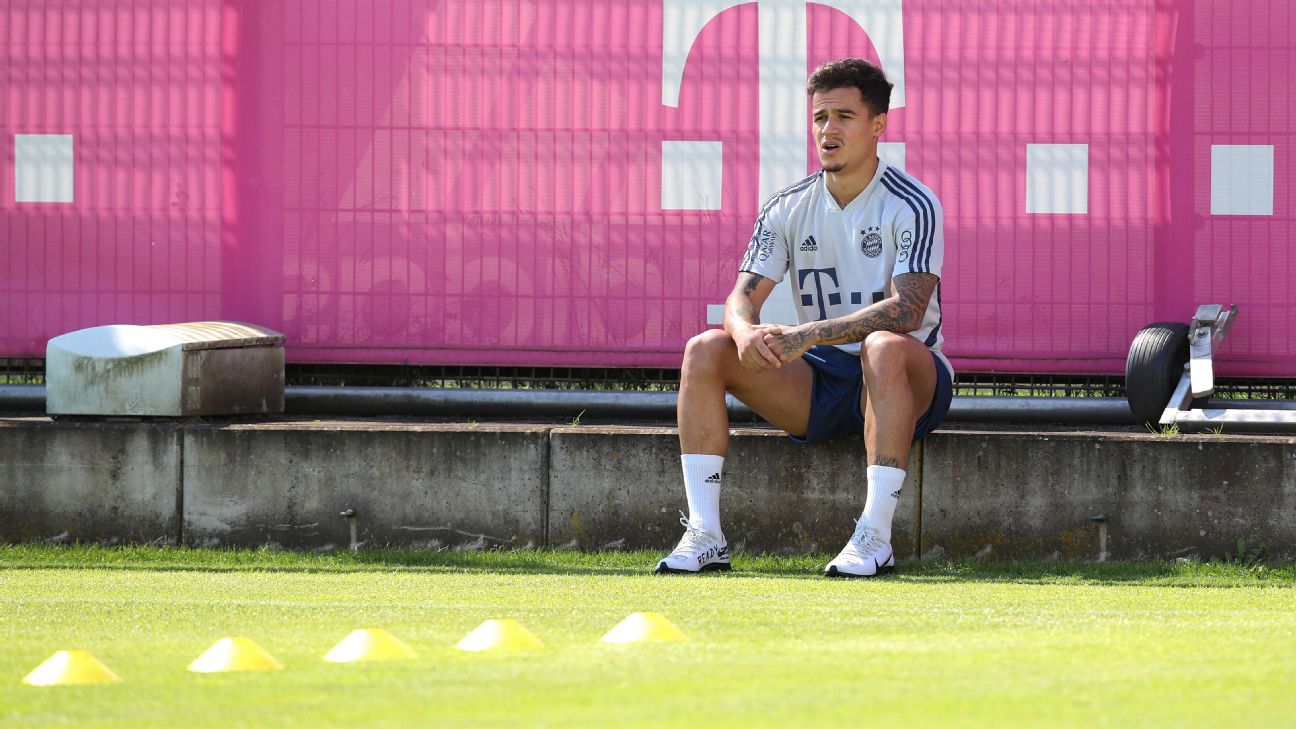 
Barcelona‘s Philippe Coutinho wants to return to the Premier League, according to his agent, but is unsure if a transfer will be possible this summer.

Kia Joorabchian has said the former Liverpool playmaker would also be willing to stay at Bayern Munich, where he has spent this season on loan.

“He has a desire to come back to the Premier League at some point,” Joorabchian told Sky Sports. “It may not happen this year, it may happen this year — we don’t know. We really have not discussed anything for now.”

Bayern can sign Coutinho permanently in the summer for €120 million but sources have told ESPN they will not take up that option. However, extending the loan or negotiating a cheaper price with Barcelona has not been completely ruled out.

“It’s up to Bayern Munich whether or not they want to extend the loan,” Joorabchian added. “It’s purely Bayern’s decision, we have a will to stay, and we will see about next season when we get back to this ‘new normal.’ We’ve had some conversations with Bayern about next season [already].”

The list of clubs linked with Coutinho continues to increase almost by the day but that is more a reflection of the challenges in completing a deal with Barca rather than growing interest.

Barca need to raise funds to balance the books and want to recoup as much as possible of the €160m they paid Liverpool for the Brazil international in 2018. With the coronavirus pandemic complicating the transfer market, they would also be willing to let him leave on loan again in exchange for a fee of up to €10m and the guarantee that his salary would be completely covered.

A significant amount of Premier League clubs have been credited with an interest in Coutinho, including Arsenal, Newcastle United, Tottenham Hotspur and Leicester City.

Meanwhile, Barca have not completely ruled out Coutinho returning to the club next season, sources have told ESPN. The Spanish champions would prefer to move him on and reinvest the money elsewhere, but coach Quique Setien has said he’s open to working with him if he ends up staying.

Coutinho is sidelined after undergoing an ankle operation in April. He is due back in the coming weeks and could feature in Bayern’s final league games as they close in on an eighth straight title.

However, unless his loan is extended beyond the end of June, he would not be available for the Champions League, which UEFA hope will be concluded in August. Bayern have a 3-0 lead over Chelsea after the first leg of their round-of-16 tie.