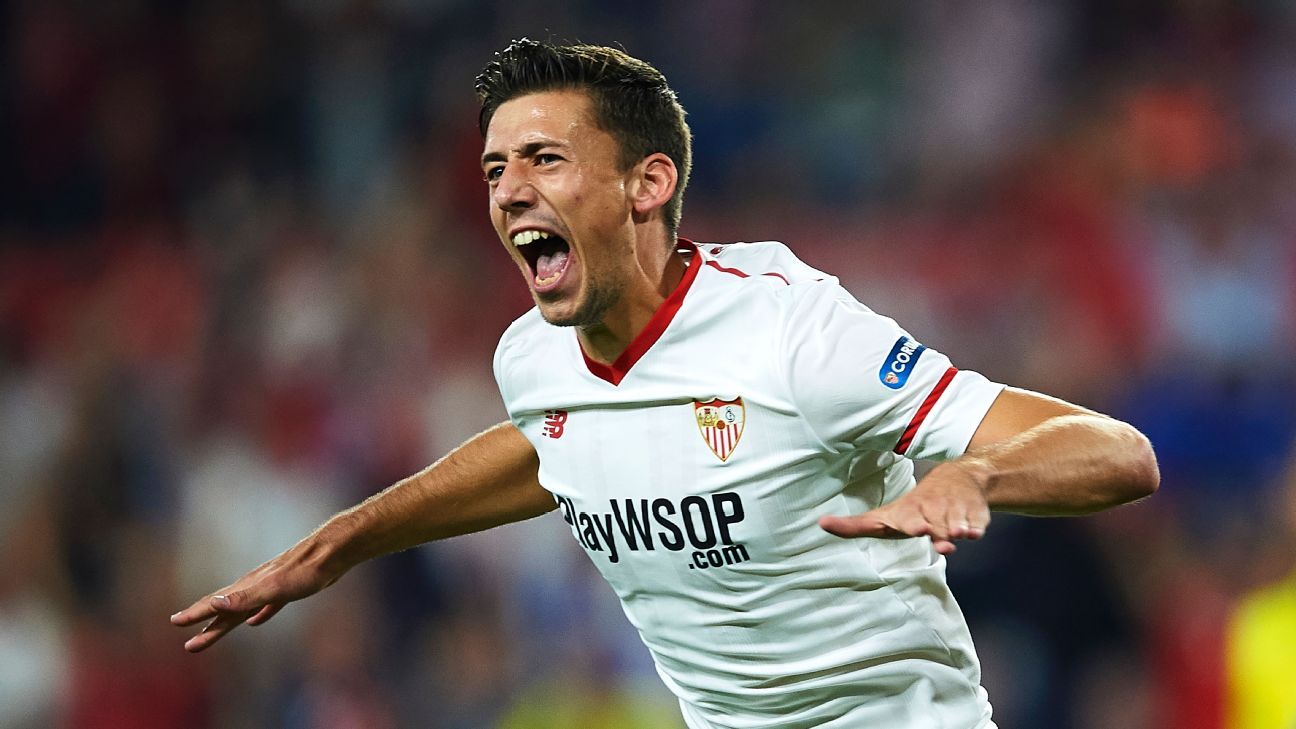 
Clement Lenglet “would love” Paris Saint-Germain midfielder Adrien Rabiot to join him at Barcelona after becoming the second new arrival at Camp Nou this summer.

Lenglet, 23, signed a five-year deal with Barca on Friday after the club executed his €35.9 million release clause to bring him in from Sevilla, a day after Arthur Melo signed for the Spanish champions.

PSG’s Rabiot, who is into the final year of his contract, has been strongly linked with a move to the Spanish champions and Lenglet is keen for his compatriot to join him.

“Of course [I would like to have him here],” the defender said in a news conference on Friday. “He’s a really good player and Barca always want the best players in the world — and ambitious young players always want to grow and win titles.

“I would love to play with him. I know him well and he’s a friend of mine.”

Lenglet will train with his new teammates for the first time on Saturday, giving him a head-start over the club’s other central defenders, none of whom have yet returned following World cup duty.

The former Nantes defender cannot wait to get started says he is looking forward to competing for a starting spot with Gerard Pique and Samuel Umtiti.

“Like all players, I want to play as much as possible,” he said. “I know I am at a big club with a lot of competition in my position but I am going to do all I can to be on the pitch every game.

“I am ambitious but also respectful. There are really good players here and I will learn from them on the training ground and in matches — whether I’m playing or not.”

Manchester United were also credited with an interest in Lenglet, who says he chose Barcelona because they represent the best chance of silverware.

“I chose Barcelona because, for me, they’re the biggest club [in the world] and they play in Spain, which is the best league in the world,” he said. “I want to win trophies and I think I am at the best possible club to do that.

“Of course, I also want to play, because a player that doesn’t play isn’t always happy. I am here to learn, to play minutes and to win titles.”