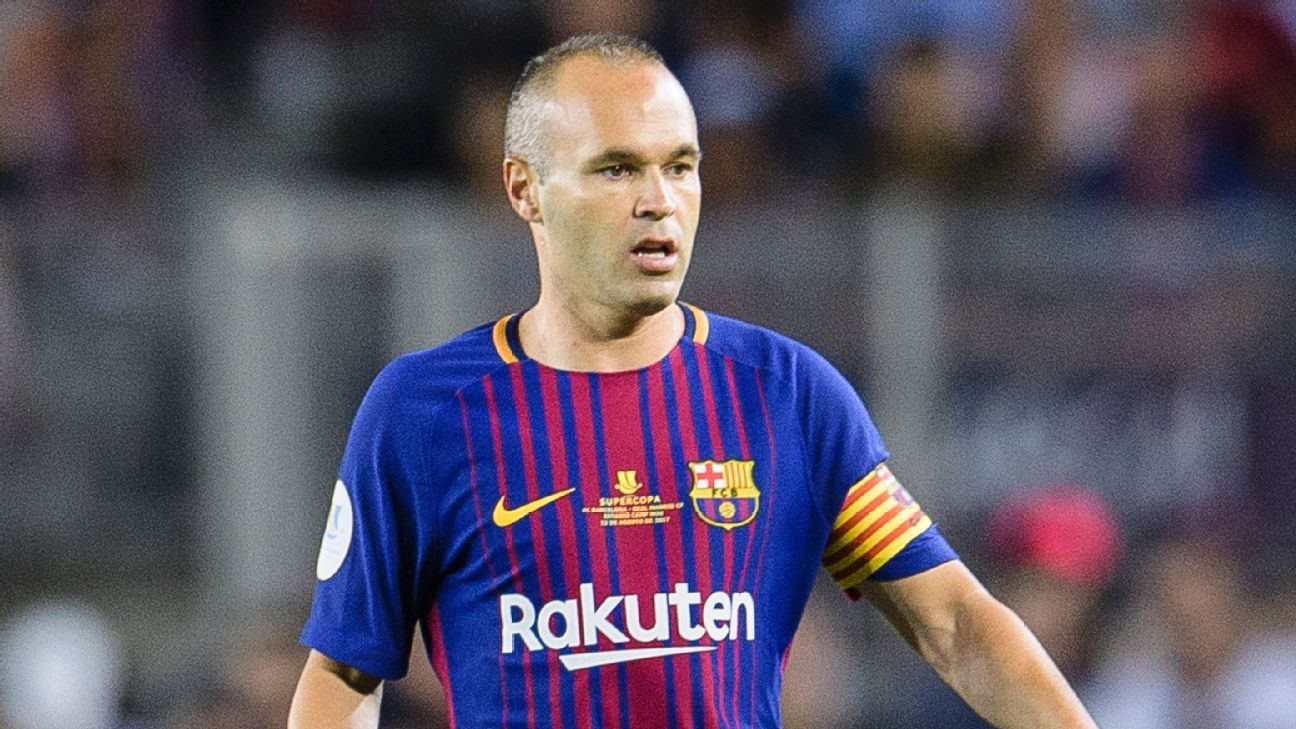 
Barcelona midfielder Andres Iniesta has called for dialogue between Catalan and Spanish leaders in the uncertain aftermath of Sunday’s referendum on Catalan independence.

On Sunday, Barcelona’s home game against Las Palmas was played behind closed doors in protest at the violence used by Spanish police during a vote that was deemed illegal by the Spanish government.

Catalan president Carles Puigdemont has since promised to move forward with plans to announce independence after more than 90 percent of 2.3 million voters backed it.

However, Spanish prime minister Mariano Rajoy and King Felipe VI refuse to acknowledge the referendum result and have accused Catalan authorities of attempting to break “the unity of Spain.”

Iniesta, who was born in the south of Spain but has spent more than half his life in Catalonia, wrote on his Facebook page: “I never have and I never will publicly address such complicated situations and diverse feelings, but the situation we are currently experiencing is an exceptional one.

“And before we do more damage to ourselves: Dialogue. Those responsible must talk. Do it for all of us. We deserve to live in peace.”

Iniesta’s post came hours after teammate Gerard Pique was whistled by supporters as the Spain team arrived in Alicante for Friday’s World Cup qualifier against Albania.

Pique voted in the referendum and was in tears when he spoke to reporters about the political situation after the game against Las Palmas.

On Wednesday he called a news conference at which he also urged dialogue and pointed out that he was not necessarily pro-independence but was in favour of people’s right to self-determination.

He has been whistled regularly by sections of Spain’s support in recent years and announced last year that he would retire from international football after the 2018 World Cup.

On Wednesday, he said he would not move that date forward despite recent events because it would give satisfaction to those who “whistle and insult.”

Later on Thursday, Barcelona expanded on their decision from earlier in the week to support the Independent Commission for Mediation, Dialogue and Conciliation in a bid to seek a resolution to the conflict.

In a statement signed by president Josep Maria Bartomeu, the club said: “Barcelona, as one of the leading institutions in the country, demands a process of dialogue and negotiations to find political solutions to the situation happening in Catalonia, and for this to be done with the utmost respect for the wish of the majority of Catalan people to decide on their future.

“We are More than a Club. And it is precisely because of that that we feel that it is our duty to stand by our people, under such difficult circumstances as those that are being experienced right now.

“Together with other bodies from civil society, we want to build bridges with dialogue that contribute to resolving the conflict in a peaceful and consensual fashion. People understand each other through dialogue.”