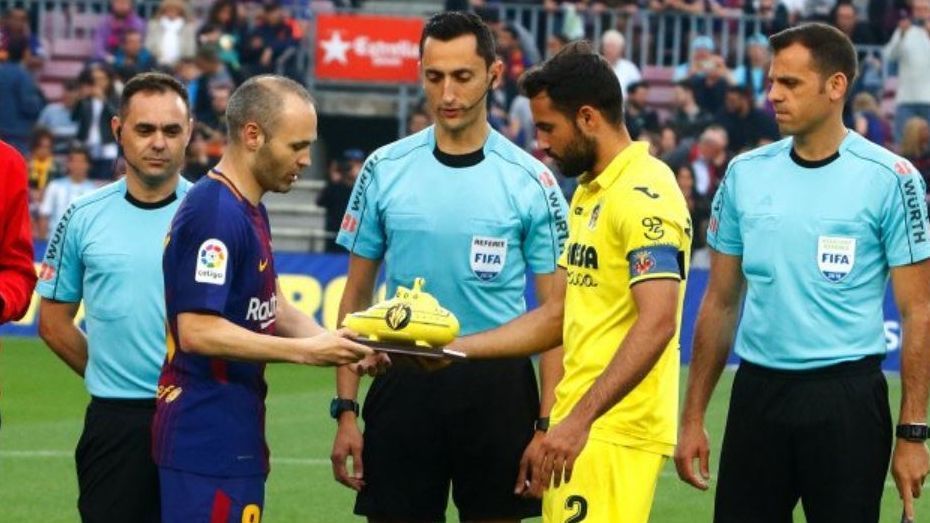 Villarreal welcomed Barcelona to the Estadio de la Ceramica on Wednesday night and as such used the occasion to pay tribute to the departing Andres Iniesta.

The festivities began before kick-off when the home side formed a guard of honour for Iniesta and the rest of Barca’s title-winning players — something Real Madrid refused to do before Sunday’s Clasico.

Villarreal then took the liberty of presenting Iniesta with a small yellow ceramic submarine during the prematch formalities.

Mario Gaspar was charged with handing the ornament over to his opposite number.

.@Eng_Villarreal presented @andresiniesta8 with a ceramic Yellow Submarine in recognition of his career and his values as a sportsman! 👏🚢👏#BarçaVillarreal pic.twitter.com/y4aYLQ2KBr

The day before the match, Villarreal announced that they would be bestowing Iniesta with one of their special commemorative subs in recognition of his brilliant career and the “values that he transmits as an athlete.”

It will now no doubt take pride of place in his glittering trophy cabinet.